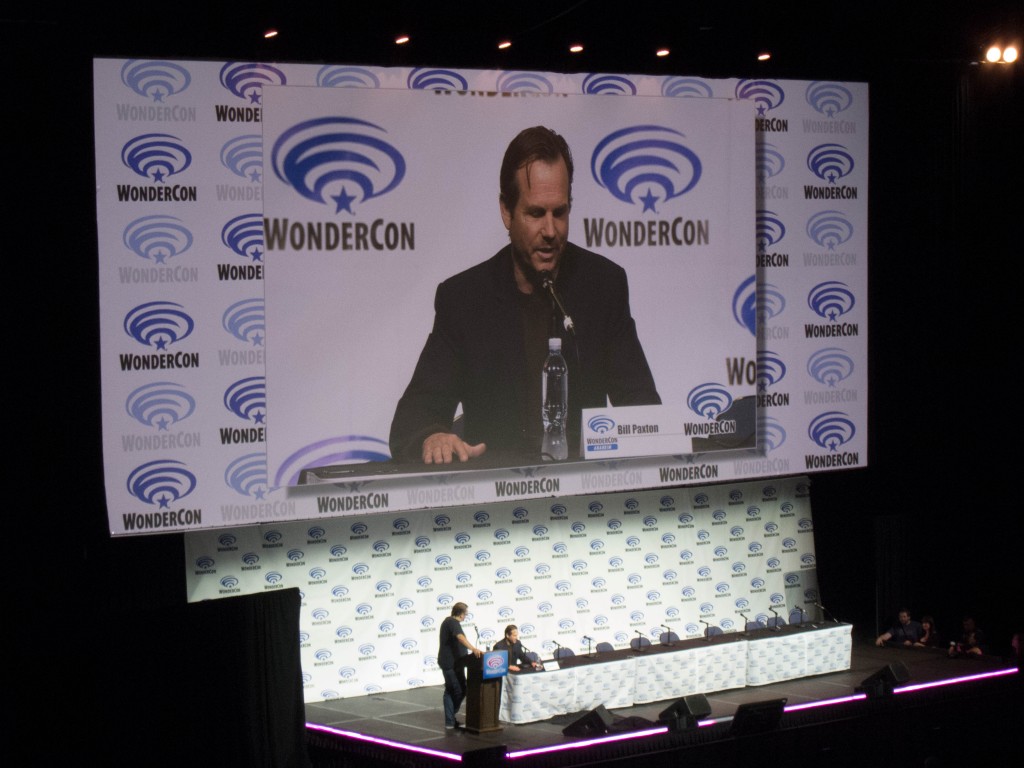 It’s that time of year and Wondercon came by the Anaheim Convention Center with two big studios having panels in the main Arena on Saturday 4/19/2014.

WB kicked things off with Doug Liman’s Edge of Tomorrow. Bill Paxton took the stage and charmed the audience with entertaining behind the scenes stories and a fair amount of crowd pandering recalling some of his most loved roles from past movies. Between the ‘Game over man!’ and ‘Hail Hydra!’ throwouts, Paxton graciously thanked the audience for their support both for Edge of Tomorrow and throughout his career. An extended trailer showed off a little more of the story, and hinted at more of the overarching story in this Groundhog Day meets Independence Day/Saving Private Ryan Normandy Invasion. On the anniversary of D-Day we will have the option of watching humanity fight for survival against a horde of mimic aliens who have invaded Europe.

The second movie featured was Into the Storm, a new disaster movie set in a fictional town as it is ravaged by a series of tornadoes. The footage had the feel of being a movie captured for YouTube from a phone as well as part mega-disaster Hollywood movie. The movie will attempt to answer the question “what would being in a disaster like this actually feel like.” The highlight of this panel was Richard Armitage and the long line of women who asked him questions (forgetting there was a movie to talk about). Interestingly it was the 14-year old girl who asked the only intelligent question regarding the movie and not one to Richard specifically. I’m not personally sold on the movie, but I will follow along and see how the movie develops. 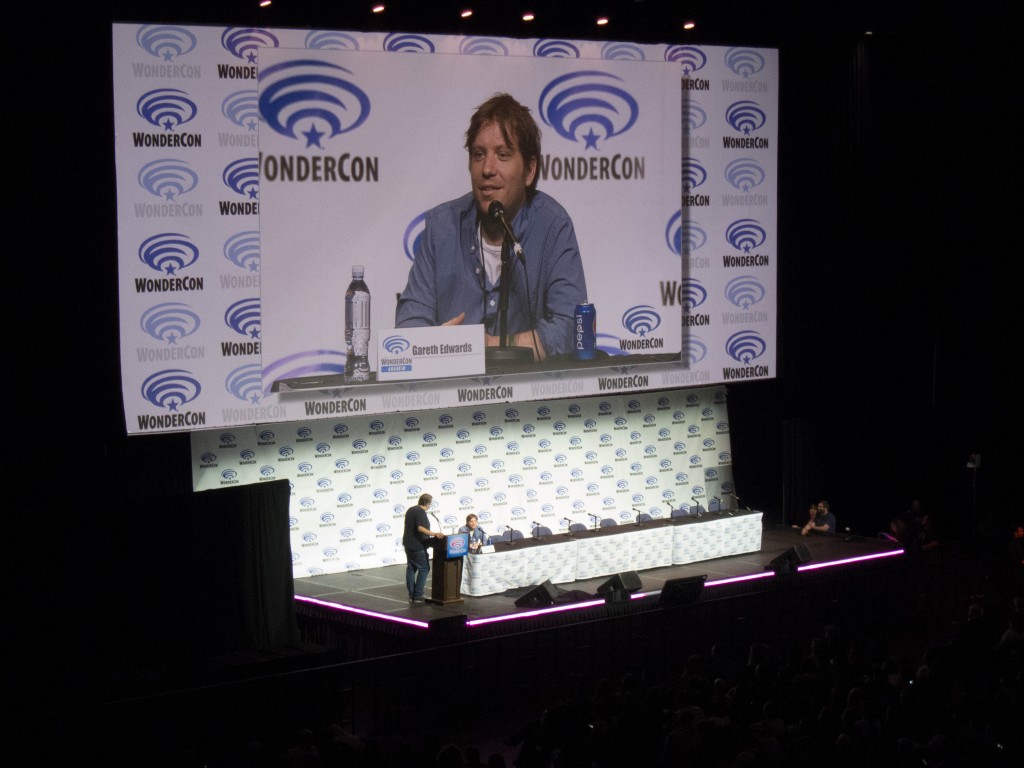 Finally, the highlight of my day personally was Godzilla. Gareth Edwards was on hand to talk about the upcoming summer blockbuster, and showed off some more footage. The trailer was shown (for the first time on a large screen so they said), and an extended bonus clip was previewed that showed Godzilla making landfall. The first scenes of the monster in his entirety came up and the cheer from the audience was deafening. Designing Godzilla was a year long process that Edwards originally anticipated taking just a few days. I was well sold on this movie before this panel and I can’t wait to see this opening night in theaters.