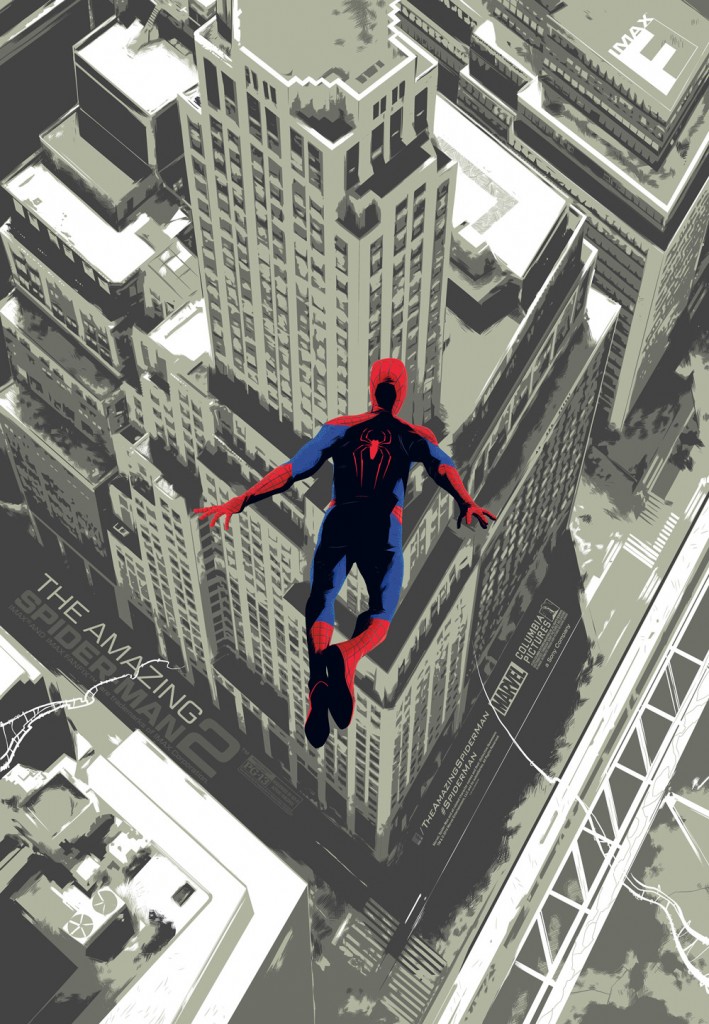 The Amazing Spider-Man 2 ran the gambit for us, Andrew loved the movie (and would have probably no matter what), but for many of us we were left a little wanting in regards to the film. Read on to get individual breakdowns of the film.

Chris liked the movie overall:
I won’t be going into detail on the adherence to the comic as there are others more qualified than me to cover that. However, I actually liked this movie overall. I was pleasantly surprised that we didn’t get a full on emo scene with the breakup as we saw with Toby. It is nice to see Spider-Man as more snarky and quick witted than timid and depressed. There were a few slow scenes in the movie. The subway exploration was extremely drawn out and really messed up the pacing for me. I would also say that they should have stuck with one villain for this movie. Giving us the Green Goblin for maybe a few minutes, and then just a teaser of the Rhino (who looked like a T-Rex if I’m honest). I would say go see this movie as long as you aren’t expecting the same story from the comics.

Simon thought the film was close to good:
I feel story wise it was 90% of the way towards being good and 50% of the way towards being amazing. Unfortunately it does fall short, especially after seeing Captain America 2 the story was left even more wanting (which is a hard comparison). Visually this movie was incredible, and had some of the best action sequences I’ve seen in a comic book film. I love ‘feeling’ like Spider-Man. Overall it felt relatively ‘safe’ both in terms of trying to please everyone and trying to include enough to keep people interested, a little more polish on the story elements could have done wonders for the film. The payoff moments of character development felt undeserved and didn’t make sense other than it was needed to advance the story. 6/10

Collins thinks development and plot could have been improved:
The Amazing Spider-Man is has an amazingly jam packed plot. Weird story points that seem to go no where. Very under developed villains with rail thin motives that seemingly could have been remedied through conflict resolution talks. But there are a couple heart jerker moments and the Chemistry between Spider-Man and Gwen is very natural. Overall it’s okay, but we expected much better. 5/10

Andrew is our resident big Spider-Man fan, and he had this to say:
I am unabashedly a Spider-Man homer. I loved this movie. I wish I could say everyone should love it. But while there were plenty of things that I thought were executed well: sickass suit, the action scenes, great Spidey humor during the fight scenes; and most importantly; the tragic death of Gwen Stacy (I saw it coming and it still broke my heart. Maybe not like the comics, but hey, the wifey cried).

For all that goodness, there were things that were shoddily done. Electro’s entire ethos, Harry (be stiff or be confident, don’t flip flop between the two), and the ever present, ever stoic Denis Leary (a decent idea that was not allowed to develop enough). So many things that just felt… indecisive. I can overlook it because I will love your friendly neighborhood Spider-Man til I die. But it just misses the mark of being a great showing. Following a class act like Captain America exposed its flaws even more.

But I still love you Spidey.

Jun, our resident film buff offered a harsher appearance:
I mean, it’s better than Spider-Man 3…but that’s not really a ringing endorsement, is it? You’d think that Sony Pictures would have learned from the huge backlash against Spider-Man 3, but much of what was wrong with that film is found here in The Amazing Spider-Man 2. It’s a bloated picture due to the presence of several plotlines in play, and none of them are developed as well as they ought to be because since the film is trying to accommodate them all, all of them are quite bare-bones.

What results are severely underserved villains (unforgivable for a Spider-Man film), an inconsistent tone, and an overall scattershot narrative that briefly comes together towards the end at an emotionally amazing (pun intended) moment before withering. And it hurts, because I think that this is the first Spider-Man film to really nail Spider-Man as a character: the way he toys around with villains, his nonchalant attitude, and really just the way he interacts with the public. That’s where the film’s joy comes from, in addition to the dynamic chemistry between Andrew Garfield and Emma Stone, but all that gets overwhelmed by the weight of an overstuffed picture.

On a side note, I think Sony Pictures dropped the ball when it came to marketing this film because they gave so much away in its previews; heck, the film’s final sequence is spoiled in those previews. 5/10