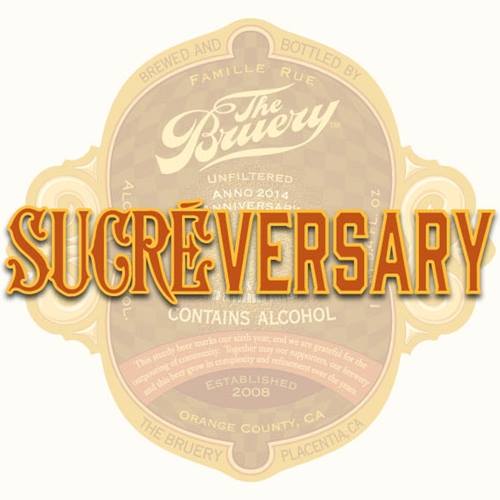 As a member of the Bruery Reserve Society, I was fortunate enough to get invited to their annual beer festival. With their anniversary beer being called Sucre, it was aptly named “Sucreversary”.

Here are some of the event specifics:

So at $60 a person, this is not a cheap event. Going into this beerfest, I had high expectations. Fortunately, the Sucreversary did not disappoint.

Let’s start with the boring stuff… the layout/logistics. I’ve heard mixed reviews on how the process went for entry and how they felt about the way breweries were stationed. My response is that it could have been better (bottlenecks at the food were a pain to get around) but that there wasn’t an obvious alternative given the space. More seating would have been appreciated but again, no obvious alternative. I would suggest looking into another venue. Once in, you get a glass and a wristband and it… is… ON!

I tried 42 beers that day. FORTY-TWO! I can’t stress enough how awesome that is. Knowing that they were potentially going to pass out a dozen drink tickets for larger pours, I’m really glad that they reconsidered. And here’s why:

How often does one get the opportunity to try that many beers in one place? Not very. There was a range of beers that I loved (Bruery’s Rum Barrel Stoutfire, Rare Barrel Fields Forever Sour, Valiant’s Strong Ale with Lemonheads), beers I did not love (anything cask-aged, the weak showing from Ballast Point), and everything in between. This event was an opportunity to get your palate wet with myriad options and if you weren’t running from station to station to get another ounce or two of beer, you were doing it wrong. The Bruery did a great job putting the drinker and the brewer in positions to experience something new and special. If you’re a lame drinker then you say, “I don’t like <insert beer type here>” or “I didn’t get enough of <insert beer here”. That’s not the point. The point is to see what is out there for you. On the flip side, if you’re a lame brewery (*cough* Stone *cough* Ballast Point), you bring kegs of your core beers and watch as NO ONE goes to your booth. Seriously, Sculpin IPA is what you’re offering this cohort? Go fuck yourself.

Six hours of beer tasting heaven. I didn’t try everything and there was a lot of stuff I wish I could have tried but I don’t feel like I truly missed out on anything. Instead of going through beers I liked, I think it would make more sense to share some beer/brewery highs and lows: 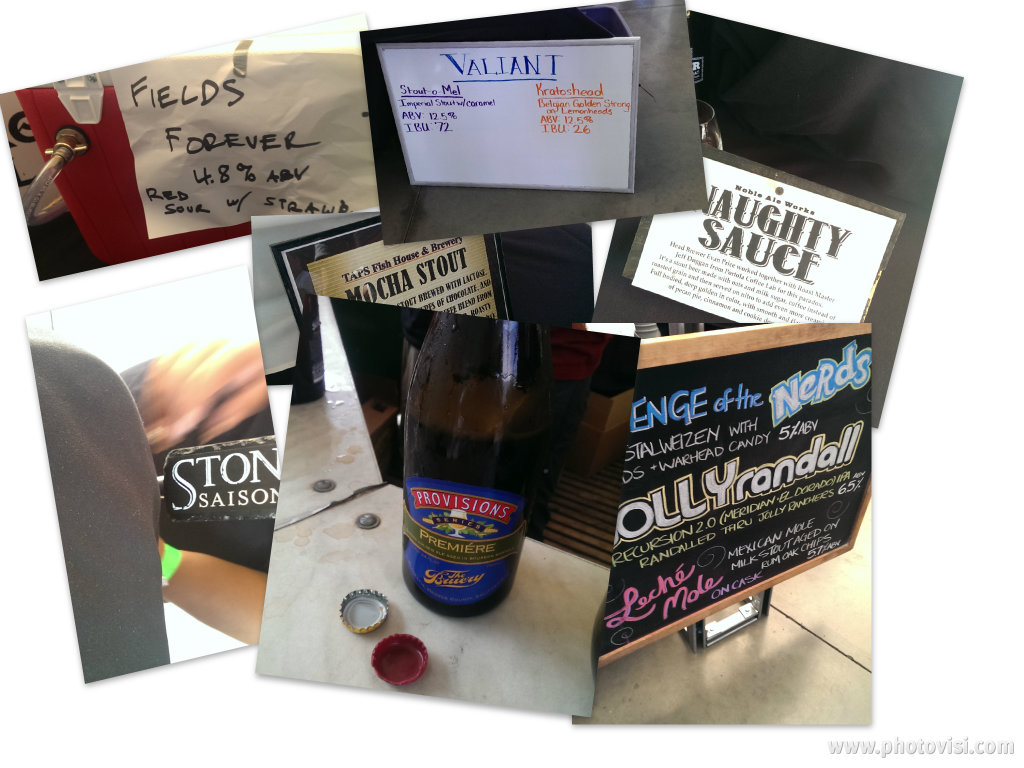 The Bruery: I’ve got to start with the hosts. This is a personal thing but I really don’t enjoy cask-aged beers. They’re flat, they’re served lukewarm… just not a great experience. And it’s too bad because some of the flavor profiles were awesome. Having said that, they rolled out Premiere which is the first Bruery beer I ever had and it was just as good as I remembered (although a little more subtle as far as flavors go). They’re barrel-aged Stoutfires (Rum and Bourbon) were being poured from the tap and I went back multiple times for those. They even had some Brandy Barrel Sucre to be had. And for shits and giggles, they collaborated with Chunk N Chip to make Filmishmish floats. Genius. Just a strong showing from the home team.

Rare Barrel: Fields Forever. If you are a fan of sours, you’ve got to have some of their beers. Definitely in my Top-5 for the day, it had a great funk that didn’t not detract from it’s refreshing taste and mouthfeel. Strong and funky to start but finishes smooth and crisp with subtle strawberry aroma.

Valiant Brewing: Definitely a highlight for me. They brought in their Imperial Stout brewed with Caramel and a Belgium Strong Ale infused with Lemonheads. Loved their creativity.

Noble Ale Works: Naughty Sauce continues to be one of my favorite Milk Stouts. I wish they would have brought out some more interesting brews but any time this is on tap, you’ve got to get yourself a pour.

Stone: Pouring their Saison and their Stout. C’mon, bring out something interesting. What a fucking waist of an ounce of stomach space.

Ballast Point: Pour Sculpin and Sea Monster. If that’s not uninspiring I don’t know what is. They have some kick-ass beers out there and it’s disappointing that they couldn’t get it up for a more compelling showing at a great event.

Bottle Logic: I unfortunately missed out on their two popular beers that were being poured over Nerds and Jolly Ranchers but they had Leche Mole which was a spicy, Mexican stout. I thought the flavors were very interesting and made for an enjoyable drinking experience.

TAPS Brewing: By no means one of my favorite breweries, I was pleasantly surprised by their Mocha Stout which had a really smooth and not too sweet chocolate flavor with a very full body.

Hangar 24: They brought Chocolate Stout and Orange Wheat (BOO!) but kudos for bring some Pugachev with Cocoa nibs and toasted coconut. I’m just sad I missed out on a taste.

There were some other notables, like how Tustin Brewing and Saint Archer have surprisingly pleasant Double IPAs, some creative stouts that included stuff like raspberry juice and oranges… but overall, those were the items of note.

My takeaway from this is that I’m joining the Reserve Society next year and am going to this event again next year. It’s just so rare to find that many breweries pouring that level of beer, all at the same time. Maybe more food. Maybe more seating, Maybe a better venue. But the complaints I have really come from the breweries who decided to mail in their beers for the event. But that’s okay because those that came to play were committed and provided a beer-drinking experience to be remembered.