We’d like to thank everyone who has been reading up to this point. If this is your first article – who am I kidding, it probably is – here are links to the previous rankings: Part I Part II. Let’s pass it to Jason for our third-ranked Ninja Turtle film…

Jason: Without any more pandering, my third-ranked TMNT movie is TMNT (Andrew: Aha, I see what you did there. TMNT is TMNT, clever is this one. Oh wait, NO MORE pandering. Sorry). I said in our previous post that I flip-flopped with choice because the third movie of the franchise holds some nostalgic value for me. This is because there were people in costumes that performed stunts and machinists controlling the facial expressions for the turtles. I enjoy that. If you disagree, think about the last time you said you hated Sesame Street. 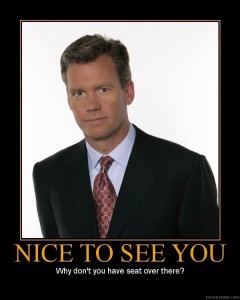 Now that we are moving to the third part of the rankings, I think it is safe to say that these are movies that we would want to watch again. I’m probably not going to be as critical about these movies. I also want to say Thank God, Michelangelo’s personality is more goofy, and flirtatious, rather than imitating a “guest” on To Catch a Predator.

Moving on, I don’t know about you but I felt that the TMNT story line was serious and it answered many questions; like, what would happen if the turtles had to get real jobs to support themselves. Listen Andrew, you may like the action from the newest movie, but I think the best fighting scene in all of the TMNT franchise is Leo vs. Raph. It had more emotion and was more inevitable than any of the other turtle fights, except against Shredder. Also, where the hell did Leo pull those kunai out from, I don’t know I don’t care, but all I thought to myself was that was pretty cool. This is what probably overcame the nostalgia of cosplay ninja turtles; great fighting scenes and actually trying to make the main characters interesting.

I do have some complaints about this movie. Questions, really. Some were answered during the movie, others I still have no clue about. For example, when did April become a yellow jumpsuit wearing pseudo-ninja? How the hell did anyone else not know that Raph was the Nightwatcher? Seriously there are only four creatures in the city with that build. Finally, when did Casey Jones become a bitch? I remember him being a psychopathic vigilante with anger issues. Now he is just whipped.

Andrew: Jesus… it’s always “bitch, bitch, bitch, bitch, bitch” from you, isn’t it? It’s just never good enough. Well, for once, we agree on a movie. I also think that TMNT is the third-best installment of the Ninja Turtles movies. I’ll still say that the action was cooler in 2014 reboot but I can’t deny excitement of watching the dramatic Leo/Raph throwdown.

When ranking this movie and Teenage Mutant Ninja Turtles III, I think they both struggled with the same issue: finding a compelling villain. But what saves TMNT is the focus it places on the relationship of the four turtles and the struggles they face without their adversary to drive their purpose. This forced the writers to be creative with each turtle’s story and makes for some amusing scenes like this one. I’m willing to look past the whole Raph as Nightwatcher issue and definitely don’t mind April’s badass ninja outfit (it makes her look like she can kickass without 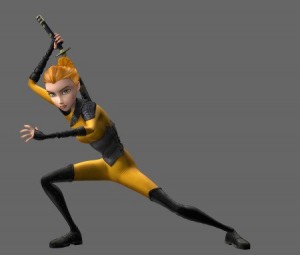 looking like a slut). And I could give two shits about Casey Jones, which is more than he deserves anyway. It’s always been about the Turtles and Splinter. Where the third installment failed to capitalize on the inherent fascination the audience has with the Turtles, TMNT was able to create an entertaining movie that stems from their relationships and personalities.

Watching this movie seven years after its release, I’m still impressed with the CGI. Unlike you, I prefer quality animation to shoddy puppetry. So it was refreshing to see the Turtles look fluid again. I don’t really have major complaints with the execution of this movie but because the villain is not memorable, it doesn’t leave the same lasting impression that the first two films did. You need a quality bad guy and they don’t get much better than the Shredder. This movie returned to a more serious tone after the second and third films really embraced the goofiness of the group. One is not necessarily better than the other but there was a distinct shift.

A solid entry for the boys in green and I was particularly pleased to see them use props in the closing scene to pay homage to the previous installments of the series. A nice bookend to a mostly enjoyable series of films.

As always, thank you for reading our very lengthy, increasingly exhausting, TMNT Rankings! If you’ve missed an installment, links for your reading pleasure are below. Join us later this week for our TMNT runner-up!