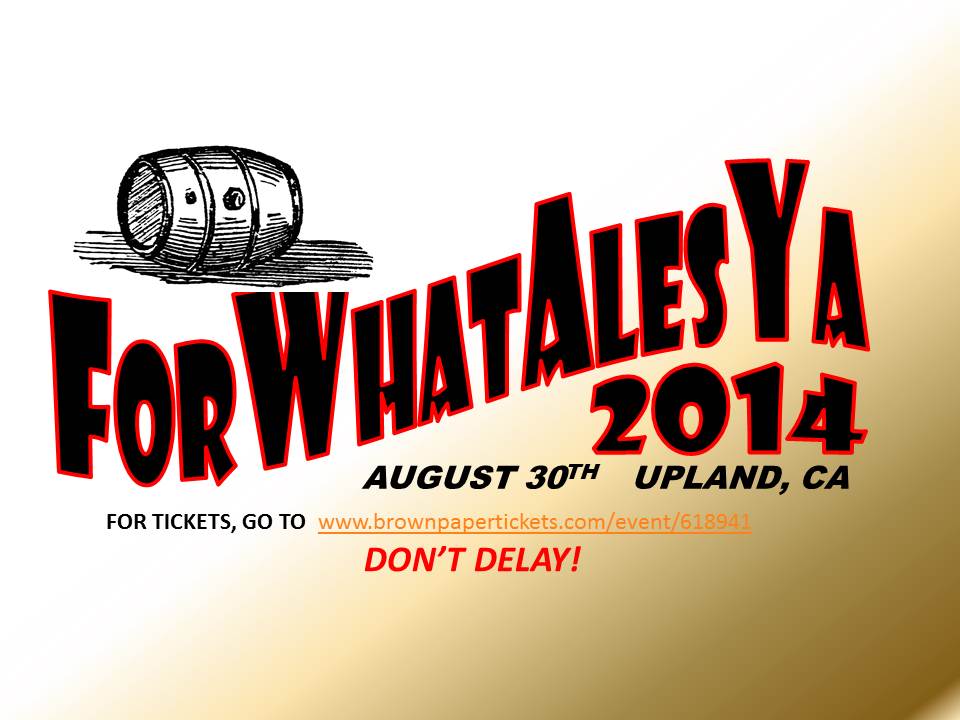 For What Ales Ya is a yearly event that occurs in the Inland Empire. It is a beer festival/bottle share that brings together local beer enthusiasts to sample some of each other’s and local breweries’ favorite beers. It’s very much a grassroots effort. MBP attended this year’s event and I wanted to share some thoughts and highlights about the experience.

With the venue being outdoors, I was concerned that it would be too warm for a beer drinking affair. The IE gets fucking hot! Fortunately, plenty of shade was available and the evening was very mild. There was enough space so that it did not feel crowded but not so much that it felt empty. I’d say it was the perfect spot and a great improvement over last year’s location (which felt too crowded). Upon arrival you are given a tasting glass and, if you’re like me, a bag of swag for those who purchased bonus tickets. The swag was not particularly impressive and considering I spent an addition $15 on it, I was disappointed to see that they were giving away things that I purchased in advance by the end of the night. In future years I will likely skip out on the “bonus” ticket as it provided no real additional value.

As you can tell, there was a decent lineup of local breweries represented at the event. Most of them brought their “A” game with particularly impressive showings from Alosta and Hamilton Family. Lines moved quickly and all the staff from both the event and breweries was engaging and friendly. I was very impressed with Hillbilly Tacos. Last year food ran out pretty quickly and you weren’t able to purchase extra. This year, food was much heartier (and tastier!) and if you needed more than the amount included in your ticket price, you could pay cash to get more. If you’ve never had pulled pork tacos on a corncake tortilla, you need to check these guys out! 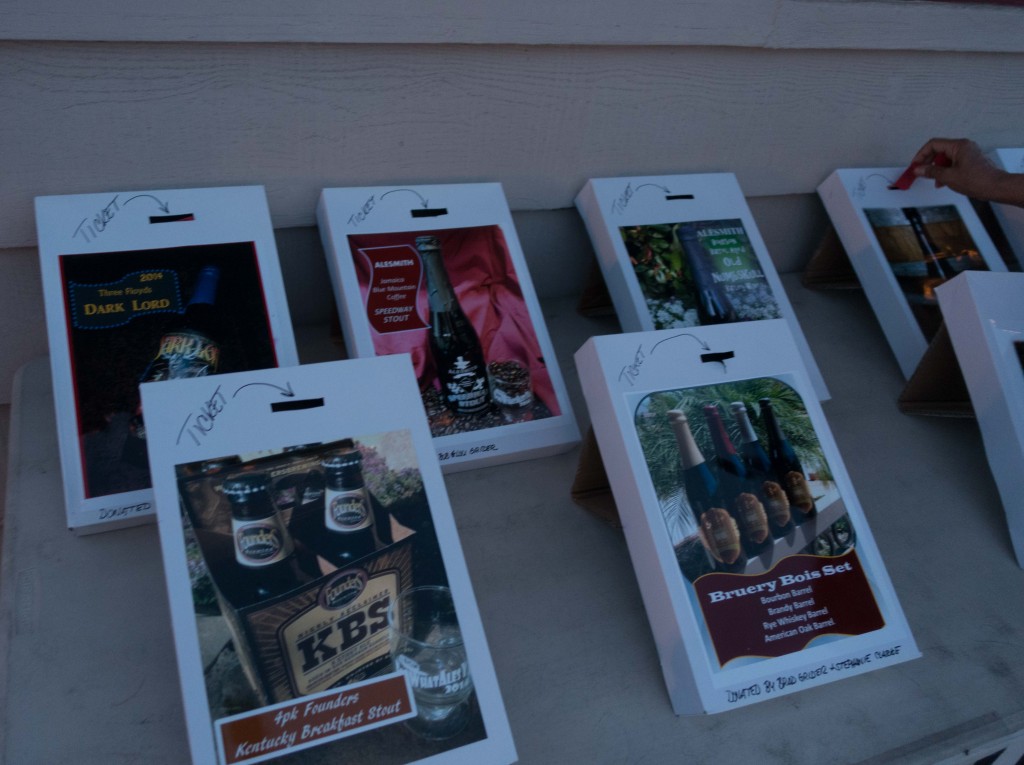 One of the important aspects of this event is the raffle. Last year they had a Bourbon County collection, Bruery Anniversary Ales, The Dark Lord, and Chocolate Rain just to name a few. I’m going to say that this year’s lineup was not as extensive or impressive but there were still some gems. Considering everything is donated I’m not going to complain. One of my party ended up with the 2014 Dark Lord and I can say that it was much tastier than the soy saucy 2013 release. Tickets were $2 a piece and all proceeds went to the Cable Airport Foundation.

This brings me to the highlight of the event: the bottle share. People really bring out the big guns for this and it shows. The best beer I’ve had has been at FWAY events. What I appreciate is that even when you don’t have something that someone is interested in, they are always more than generous with their own beer. It just requires that you walk around, chatting people up, and pouring beers for strangers that have something you want to try. When put that way, it sounds a bit scary, but everyone is really about sharing great beer. This is your chance to try stuff that you can’t get locally or without a ridiculous wait in line somewhere. All in all, I was able to sample 30+ beers throughout the course of the evening and the vast majority was damn good.

Now how could I write about a beer tasting event without sharing my favorites? Here were my highlight beers from FWAY 2014: 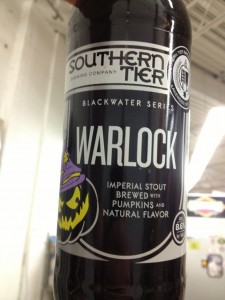 Warlock (Southern Tier) – With all due respect to Pumking, which is a great pumpkin beer, Warlock takes the cake as not only my favorite pumpkin brew of the evening, but one of my favorites overall. Stouts tend to be smoother than ales and it provides a creamy mouthfeel that pairs exceptionally well with the spiced pumpkin flavor. 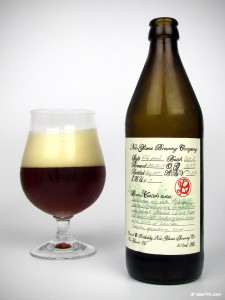 R&D Wild Peach (New Glarus) – An American Wild Ale (a borderline sour), this beer smells and taste like a ripe, white peach. I think using white peach instead of yellow peaches was a great idea because it has a rich, sweet flavor that finishes with just a hint of tartness. Depending on how ripe a yellow peach is, you run the risk of adding sourness to the flavor profile. Had this beer been any more sour, it might not have been as delicious.

Befuddlement (The Bruery) – There are a couple Bruery beers that could have taken this slot but I decided to go with Befuddlement for two reasons: I’ve never had it before and it’s a more interesting style of beer than the other options. This is a sour dark-rye ale that has been brewed with Boysenberries. It comes in at just under 10% ABV which is pretty wild considering the type of 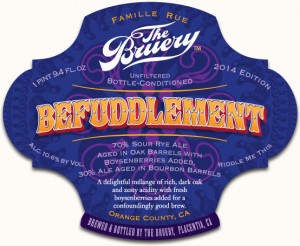 beer and the flavor. It does not taste strong, instead, it is quite smooth and sweet to start. The beer finishes sour and causes you to pucker up! It’s quite an interesting experience and it’s named aptly because you are really unsure of what the hell you just drank. A great sour beer that I wish was available more widely.

My only complaint is that it’s only once a year. I can’t wait until next year’s event! 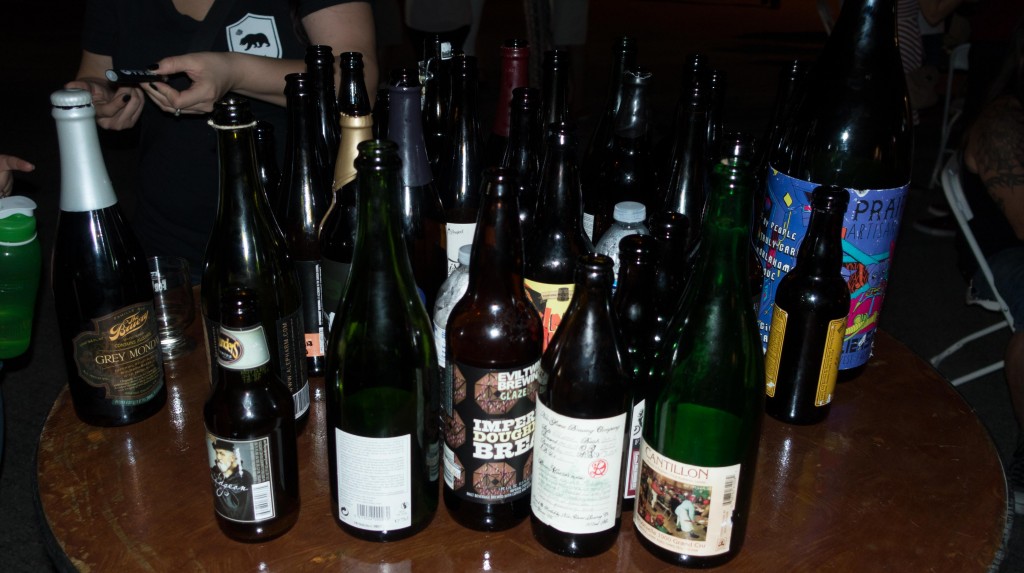