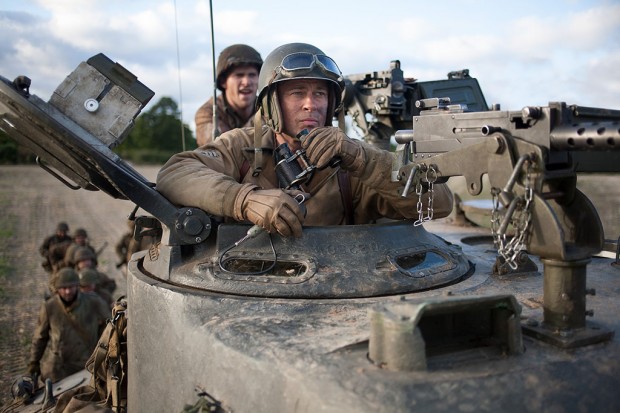 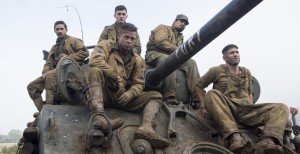 A war film telling the story of a tank crew isn’t new, but it isn’t produced as frequently as, say, that featuring fighter pilots or ground troops. Some may say that it’s difficult or not compelling enough to generate thrill, but the Israeli film Lebanon – which takes place exclusively inside of a tank – can beg to differ. The key to making an effective tank film is to create and build upon the claustrophobia of being inside the tank, and the film doesn’t quite accomplish that. While Ayer does convey a sense of what it’s like to work inside the tank’s limited space, the fact that the crew spends as much time outside of it as they do inside means that the film can’t effectively show how the tank emotionally affects them. It doesn’t build upon its claustrophobia, and things such as equipment failures or the tank’s filthy state are never well utilized to put a toll on the crew’s emotional states. 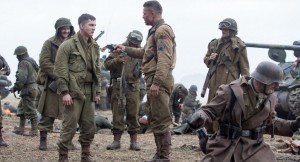 Nearly every war film, particularly from the ’80s onward, present the same message: war is hell. That message is usually illustrated through soldiers – one of whom is typically a fresh face to combat – or civilians losing their humanity and innocence. Fury is no different, and it pulls out all the stops to drive this home, such as images of bodies being crushed by tanks or a civilian carving the flesh from a dead horse for food. However, the film doesn’t have anything else to say besides that message, and instead is left to pound it in even further with more atrocity and violence, whether it be hanged civilians or soldiers being torn apart by a hail of bullets. Sure, it achieves shock value, but it gets exhausting after a while.

The great WWII films have another message or question at play worth pondering about; examples that come to mind include the cost of saving one man in Saving Private Ryan or absolute loyalty versus survival in Letters from Iwo Jima. It’s what distinguishes a memorable war film from one that shows just combat and the disintegration of humanity, which is something you can expect from any film in the genre. One can argue that brotherhood between soldiers is another theme in Fury, but that barely registers since two of the crew, “Coon-Ass” Travis (Jon Bernthal) and “Gordo” Garcia (Michael Peña), remain generic, unsympathetic characters nearly throughout. 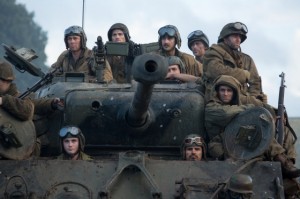 Where Fury does shine is, as expected, its action sequences. It’s not often that we get to see a film that shows not just how valuable a tank is to ground troops, but also the intricate strategies for tank battles, and the film takes terrific care in illustrating that. These sequences are also very well paced – save for the one at the end, they’re not embellished to milk tension, which is brilliantly maintained.

When the crew is out of combat, the film hits the brakes too hard and becomes a very slow burn that unfortunately doesn’t pay off. While this time is admirably used to peel away the characters’ apathetic and hardened layers to reveal what they are really like, it’s severely dampened by clunky and unintelligible dialogue, particularly when Coon-Ass and Gordo get involved. It also doesn’t help that the two are portrayed as absolute assholes for most of the film, and while Ayer does make a move later on to make them more sympathetic, it comes across as forced and rather half-assed. 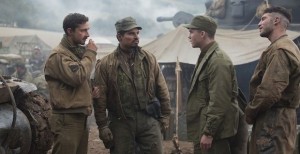 The film’s batch of performances turn out to be a mixed bag, which is disappointing, especially when considering the fact that we only follow five characters throughout the course of the story. As the stoic Sergeant “Wardaddy” Collier, Brad Pitt plays tough quite well, but his more heartfelt moments fall flat, although that’s more the fault of an awkwardly written screenplay than the actor’s. Most of the film’s emotional weight falls upon Logan Lerman, who plays the crew’s fresh face Norman Ellison, and he’s fantastic here, convincingly transitioning from innocent and reluctant recruit to hardened killer. LaBeouf displays some of his finer acting chops by selling emotion quite well as “Bible” Swan. Unlucky to be stuck with clichéd characters, Bernthal and Peña are forgettable.

The team behind Fury do deserve kudos for creating a muddy, war-ravaged environment. German towns and countrysides are colored in gray and blue, and bright colors in objects are typically washed out, with the exceptions being blood, civilian clothes, and fire. Cinematographer Roman Vasyanov thankfully captures combat outside of the tank in wide shots and also shoots some fantastic images, like a fleet of bombers crawling high above the sky. Costumes are impeccably recreated, and the sounds of gunshots, vehicular movement, and cannon fire are audibly clear and serve well in building up anxiety. 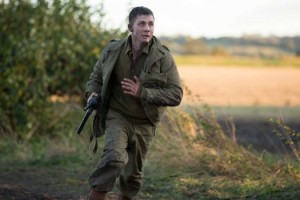 Ayer brings storytelling techniques from his street crime films to Fury with the intention of trying to create a visceral and personal experience of warfare in a tank, but what he gets is a film that could have been more. Though the intensity of battle sequences captures the grit and sharpness of being in combat, a screenplay that constrains character and constantly beats the “War is hell” drum prevents the film from being a truly effective film about WWII.

* All photos courtesy of Columbia Pictures.