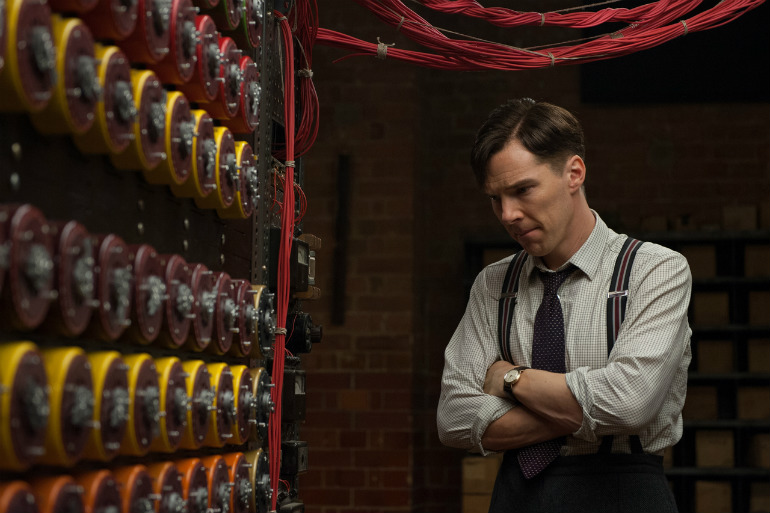 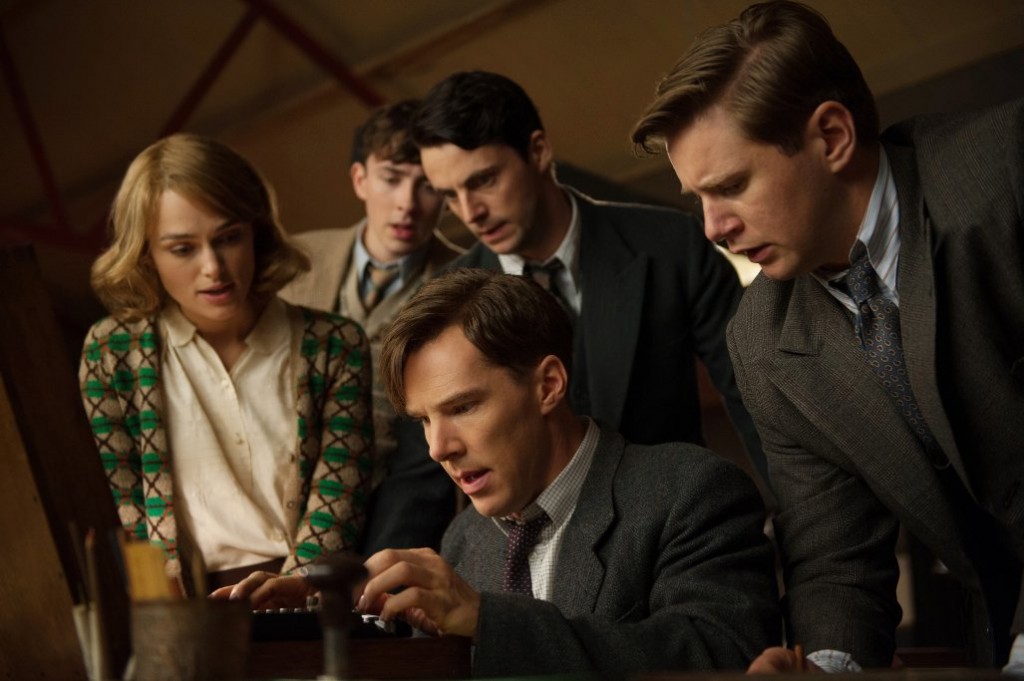 It’s 1939, and Britain is facing dark days. Cities are already preparing for impending air raids, and fleets of military and civilian vessels are at the mercy of German U-boats. Commander Denniston (Charles Dance) of the Government Code and Cypher School (GC&CS) enlists Turing (Benedict Cumberbatch) with one objective: to crack the Nazis’ Enigma Code. Placed within a motley group of cryptographers, linguists, and scholars, they constantly race against the clock daily, as the Nazis change the Enigma’s settings at midnight, meaning that hours of work could ultimately be rendered meaningless. Already facing an impatient Denniston as well as an exasperated team, Turing focuses on building a bombe, an electromechanical device designed to decipher encrypted messages. 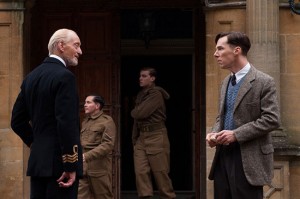 Screenwriter Graham Moore crafts Turing’s story into three distinct timelines: his days as a schoolboy during the ’20s, his time at the GC&CS, and his persecution by the government in 1951. The first introduces Turing’s fascination with cryptology and reveals the development of his (presumably) first romantic feelings, the second revolves around what would become his greatest accomplishment, and the third not only is a painful reminder of the prejudice that homosexuals faced back then, but also functions as a framing device to tell this story. The film intertwines these three storylines to tell an overall non-linear story, but it’s one where the parts are clearly greater than the whole, and at times, it’s some of the parts themselves that cause the whole to sink. These timelines do not complement each other well, since it’s quite easy to tell which is executed well and which is not, resulting in a muddled narrative.

Turing’s accounts as a schoolboy are competently told, but feel extraneous. Despite featuring a solid performance from Alex Lawther, who plays a doe-eyed young Turing, it’s obviously designed to support the other two more important plotlines at play, particularly when emotional beats come into play. 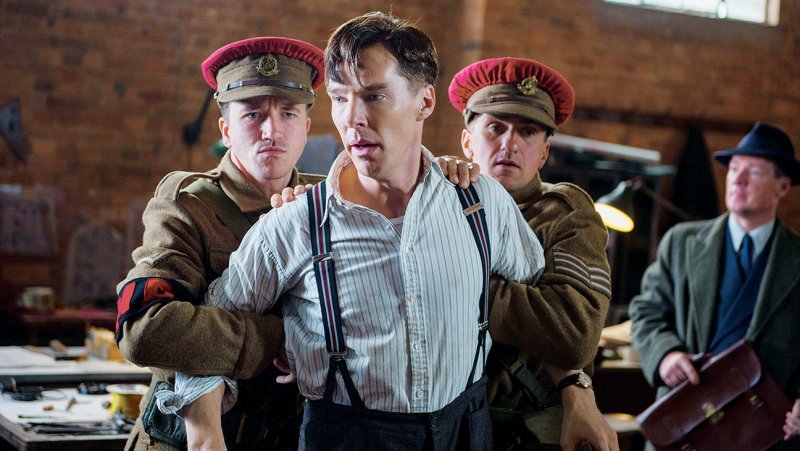 The sequences taking place in 1951 (which, apparently, are actually supposed to take place in 1952) stick out like a sore thumb because they are absolutely wasted. Moreover, they would be pointless if it weren’t for the fact that they cover the government’s persecution of Turing, and even then, the film drops the ball at doing just that. The only characters that matter in this timeline are Turing and former fiancée Joan Clarke (Keira Knightley), who only shows up here to give Turing a sense of closure. The scenes that Turing shares with Detective Nock (Rory Kinnear) are just a means of bringing us back to what happened during the war.

Turing’s prosecution was appalling, especially given that he helped turn the tide of the war in favor of the Allies. It was only recently that the British government did something about it, with Queen Elizabeth II granting him a royal pardon in 2013. Yet his tragedy is glossed over, without so much as a second glance. His cruel sentence – chemical castration – is relegated to a few lines of dialogue, where even Turing himself mentions it offhandedly. 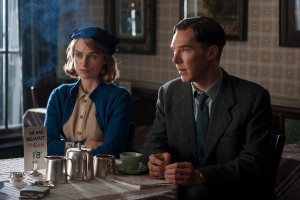 Some critics and fellow cinephiles have argued that The Imitation Game handles Turing’s homosexuality well by showing how he is not solely defined by it, by showing how there was more to him than that. My counterpoint is that this would be an excellent approach with the 1939-1943 timeline, and it works well there; however, he was prosecuted in 1951 because he was a homosexual, and there’s no way to skirt around that without playing it down, which is what the film does. Subsequently, it deadens not only the compelling aspect of the 1951 scenes, but also the emotional weight of this tragedy, meaning that justice isn’t quite done to Turing’s story.

The film’s energy and compelling nature – the mishandling of Turing’s prosecution aside – comes from the events taking place between 1939 and 1943, particularly the building of the bombe. Turing’s struggle to get along with his team members at GC&CS derived not from his homosexuality, but rather his arrogance and antisocial tendencies, and the story deftly navigates his efforts to change that very attitude. His character arc is smartly paired with that of Clarke, who is underestimated due to her gender, meaning that this conflict against societal norms becomes twofold and more involving. Proving key in this storyline is a sense of urgency, maintained throughout, and the story raises the stakes at crucial moments to convey the team’s race against time, as well as the dilemmas they face from working with each other. While the film does skim over just how exactly the bombe works (likely due to its supposedly complicated nature), it skillfully reveals just what happens when the team does crack the Enigma code, leading to a moral predicament that none of them could see coming. 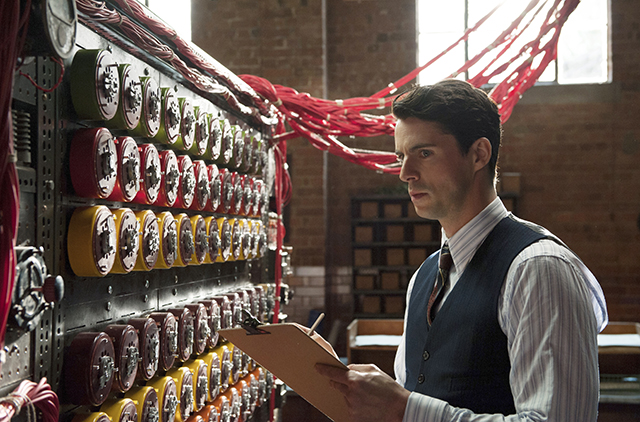 That’s not to say that this timeline is flawless, however. Beyond (obviously) Turing and Clarke, the team is treated as window dressing. To label them as flat characters is rather unfair, since each of them do get a chance to express a decent palette of emotions, but they don’t truly come alive like Turing and Clarke do because their individual relationships with those two characters aren’t developed enough. By the film’s end, their character arcs are left hanging, which is confounding since two of them receive a fair amount of attention later on, one of whom Turing confides his homosexuality to (for some reason the film doesn’t expand upon). As far as the narrative is concerned, these characters are just there to exist, nothing more. 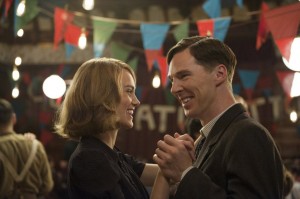 When intertwining these three timelines, The Imitation Game doesn’t breathe as well as it should, and the problem lies in the 1951 sequences. The flashbacks to the ’20s are a nice break from the drama of the 1939-1943 storyline and introduces several emotional arcs for Turing that should be brought to closure in 1951, but that plotline mishandles one of them: his homosexuality. The events from 1939-1943 build up a nice momentum but are typically interrupted by those from 1951, which are near-pointless to begin with.

At the heart of The Imitation Game is a terrific Benedict Cumberbatch, whose performance holds most the film together. I’ve observed that ever since the actor started working on Sherlock, his forays into film have been limited to cold, calculating characters or minor ones, and he had yet to play a complex character that would enable him to widen his display of talents. He finds just that in a haughty, emotionally vulnerable, and witty Turing, whom he plays with incredible confidence and great respect to the man. This is a truly multilayered performance, probably Cumberbatch’s best to date. 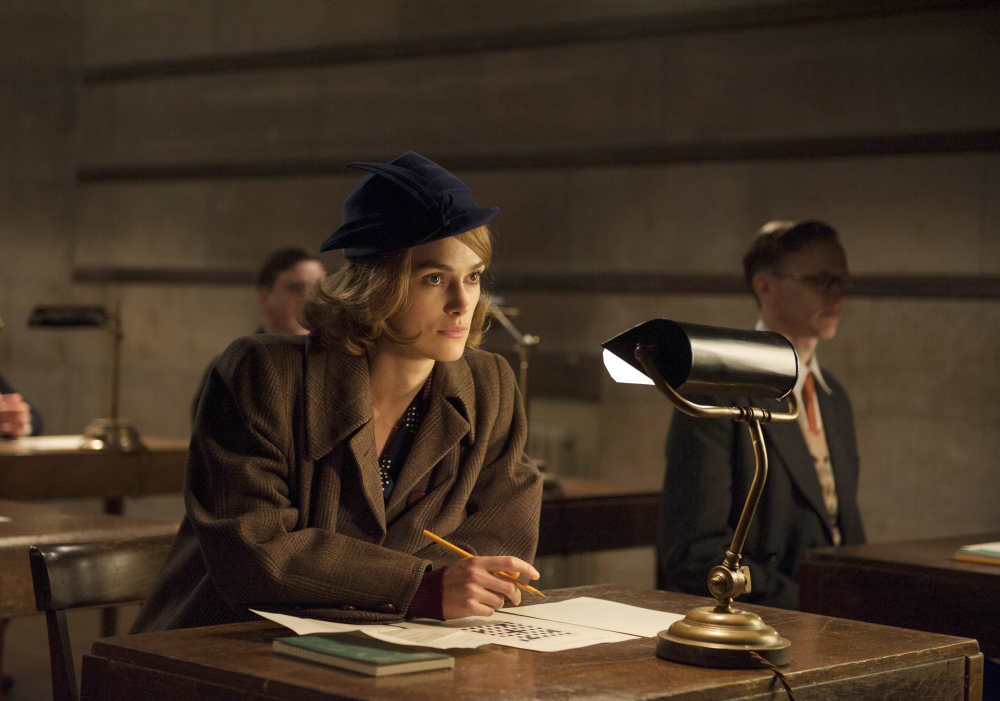 There’s a talented cast playing a slew of supporting characters, but hardly any of them get a chance to shine since they’re playing second fiddle to Cumberbatch. Of these, Keira Knightley gets a meaty role in Clarke, whom she approaches with poise and a dash of defiance, enabling her to stand shoulder-to-shoulder with her male compatriots. Playing the most dynamic character from that bunch, Matthew Goode hits the right notes when it comes to charm and discomposure. As for Charles Dance and Mark Strong, this is a mere walk in the park for them because they should be familiar with their roles. 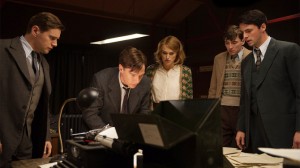 For the most part, the technical work comes together nicely to ground the film. Careful attention to period detail and reconstruction, realized through some crisp costumes and interior decorating, are vital in making this world breathe. Alexandre Desplat’s compelling and intricate piano score perfectly reflects Turing’s life. Unfortunately, some clearly obvious and terrible CG shots of aircraft and submarines take away from the picture.

As well-intentioned The Imitation Game may be, it doesn’t quite present a story that does justice to what Alan Turing did and experienced. A clunky and stilted narrative covering three timelines at once – along with a reluctance to tackle the man’s tragedy – proves to be the film’s Achilles’ heel, although unlike the Greek hero, it manages to survive, thanks to a fantastic lead performance and an entertaining central storyline.