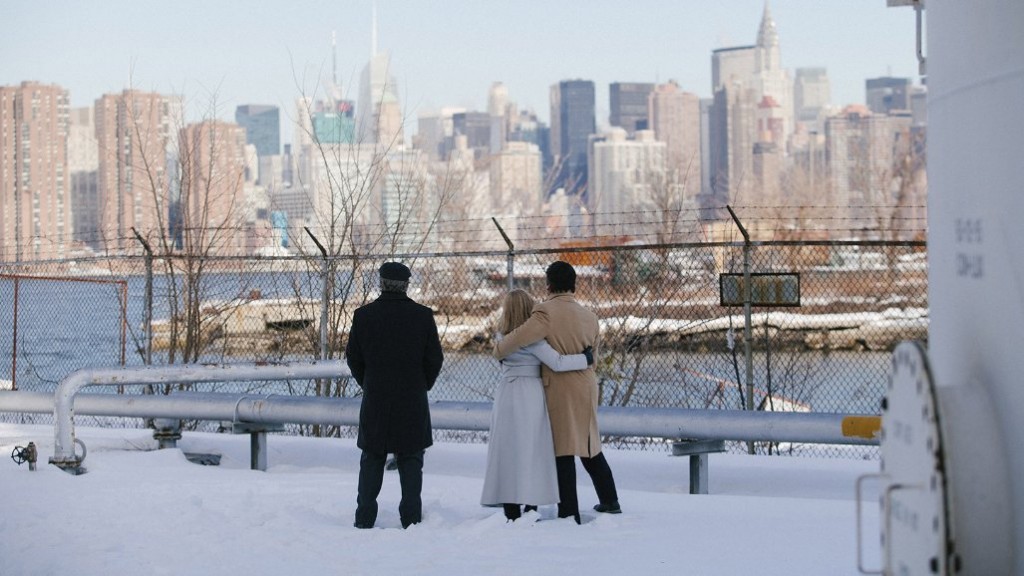 Watching A Most Violent Year is a blast from the past. It hearkens back to the brooding crime drama films from the ’70s and ’80s, which were irresistibly good ol’ fashioned adult entertainment. When was the last time we saw those types of films? Those were films that weren’t afraid to dive into dark territory yet packed nourishing food for thought – the films that showcased decent and sympathetic characters driven to making decisions that determine who they will be. This is a film that has all these goodies on full display, and what a grand show it is. 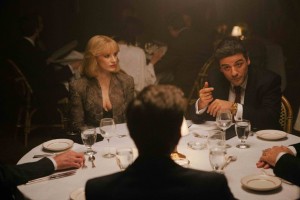 Taking place over the course of a month in 1981 New York City (statistically one of the most violent years in the city’s history), the film centers on the life of Abel Morales (Oscar Isaac), an immigrant businessman who owns a heating oil company. He wishes to expand the business and thereby decides to buy a piece of property on the waterfront. To do so, he needs cash, which he can acquire through loans. His ambition ruffles the feathers of his competitors, and one takes steps to intimidate Abel by hijacking his oil-carrying trucks and targeting his family. As matters escalate, Abel wishes to resolve them through nonviolent, righteous means, which puts him at odds with his wife Anna (Jessica Chastain), who encourages him to get his hands dirty in order to stay on top in order to protect their business and family.

On a surface level, A Most Violent Year doesn’t appear to be too compelling, and some may dismiss it as a tale of a white-collar worker struggling to get a loan. But to do so is to hardly scratch the surface of what is a very compelling film. Writer/director J.C. Chandor (Margin Call, All is Lost) uses a very basic plot to tell a story of clashing ideologies; like a masterful painter, he utilizes a small canvas to tell a grander story. 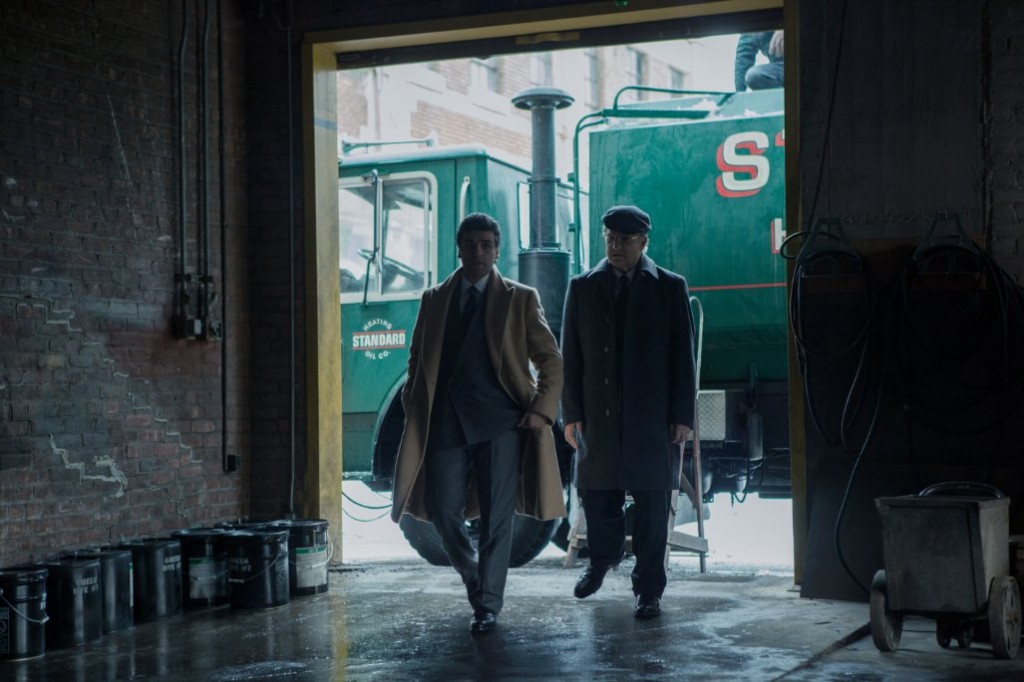 At the heart of the best crime drama films is the ideological battle over a soul, often times leading its corruption – look no farther than The Godfather saga and Scarface as examples. Abel exudes the aggression and confidence of a gangster, but he refuses to go down that path, even when the circumstances cry out for a vicious response. To abide by the law is proof of his righteousness in an otherwise cutthroat industry and world, and having done that so far, he doesn’t want to fall to the other side. Has Chandor crafted an allegory of capitalism’s darker nature, where competition begets corruption and greed for power, which in turn threatens to bring everything down for the sake of expansion or survival? It certainly seems like it, and to interpret the film that way gives an extra edge to Abel’s personal journey, where righteousness and “adaptation” vie for his loyalty. 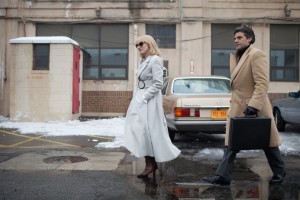 This is truly a character-centered and character-driven film, one that is engineered for incredible performances, and it has two from Oscar Isaac and Jessica Chastain. Evoking a young Al Pacino, Isaac carries himself like a man in control, from his assertive, fixed gaze and soft voice to the deliberate pauses between his lines of dialogue. Even when nonplussed, he maintains that demeanor until he is provoked, whereupon raw, contained emotions fly out – but only momentarily. In a Lady Macbeth-like role, Chastain oozes class with her bright-red lips and cool fashion sense, and intimidates with violent family connections at her beck and call. She quickly recovers from moments of adrenaline to keep that very composure, but it’s in those moments where she strikes with cold venom and refuses to back down.

There are a handful of key supporting characters in this story, but they are kept as mere figures in Abel’s moral journey. While those such as lawyer Andrew (Albert Brooks) and Assistant District Attorney Lawrence (David Oyelowo) play out their roles well, it would be nice if a few others – like driver Julian (Elyes Gabel) and salesman Alex (Ben Rosenfield) – had theirs expanded, as they experience firsthand violence while being nurtured under Abel’s wing. To see how Abel’s decisions affect them on a deeper level would lend for a richer story. Nonetheless, Chandor has assembled a dynamic cast to play these characters, and they do everything they can to make them believable.

The film is undeniably a slow burn, but it brilliantly keeps the tension burning until it delivers an emotional one-two punch. This is a film with plenty of surprises up its sleeve, and it reveals them after it spends its time building up the character’s emotions, relying on atmosphere to get its audience invested in the story. When the surprises come, they explode at the right times and in a very satisfying manner. Alex Ebert’s brooding and ominous score complements the film’s mood and tone perfectly, and is in sync with the suspense as it intensifies and allays. 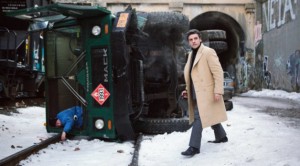 Though it primarily serves as the film’s setting, New York City is as much of a character as Abel and Anna, and it has personality. Not only has Chandor, the production design team, and the visual effects team taken painstaking lengths to recreate the city of the ’70s and ’80s, complete with murals of graffiti, they also depict it as an apathetic monster that is plagued and enabled by the rampant moral decay and violence. Cinematographer Bradford Young (keep an eye on him in the coming years) shrouds many of the scenes in darkness, with light coming from very limited sources such as lamps and windows. This is a gritty New York City, and the fact that the picture was shot on film encapsulates that impression very well.

A Most Violent Year is a confident and smartly written film, tailor-made for an adult audience. I can’t help but be reminded of The Godfather: Part II the more I think about it. That’s not to say it’s on par with The Godfather: Part II, because frankly, Francis Ford Coppola’s masterpiece is on a whole other level, but A Most Violent Year possesses what makes that film so breathtaking and experiential: the ideological battle over the soul, and the character’s choices that stem from that very battle. To me, that’s what makes this perhaps the best American crime drama film in the past decade.

* All photos courtesy of A24