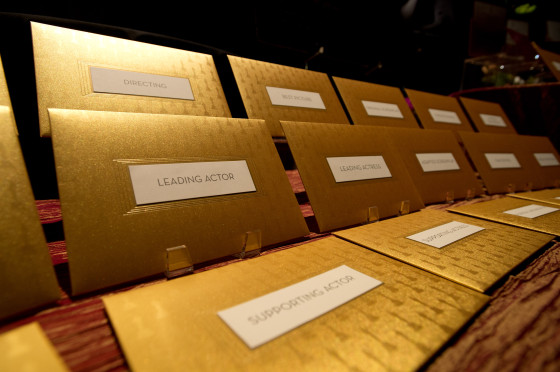 The time has come to take my annual psychic test, and I find myself both excited and unsure. The Oscars ceremony is set to televise in less than 24 hours, and I’ll be second-guessing my predictions down to the wire. This is the most competitive Oscar race in recent memory (even with this year’s snubs in mind – I cry for thee, A Most Violent Year), and for those who have been following this race for years, we’re in for a treat. There’s only a handful of guaranteed wins, and it’s so close for a good number of categories that only one in as many as three films can win that coveted statuette. This is going to be a nail-biter, and I find it humorous and somewhat sad how I’m using that word to describe an awards event that really doesn’t matter in the grand scheme of things.

Last year, I correctly predicted (or “luckily guessed”) 22 of the 24 winners. If I get anywhere close to that number for this year, color me a very dumbstruck man.

I’ve placed asterisks (*) next to the categories – 13/24 – of which I’ve seen all the nominated films, and in those, I’ve listed the nominees in order of preferences (AKA which ones I think should win, from most deserving to least). Even though there are certain nominees in other categories I’d like to see win, I don’t think it’s right for me to push for one without having seen them all, even if I’ve seen all but one – for fairness’ sake. That said, the nominees for the asterisk-less categories are listed in alphabetical order (by last name or song title where applicable).