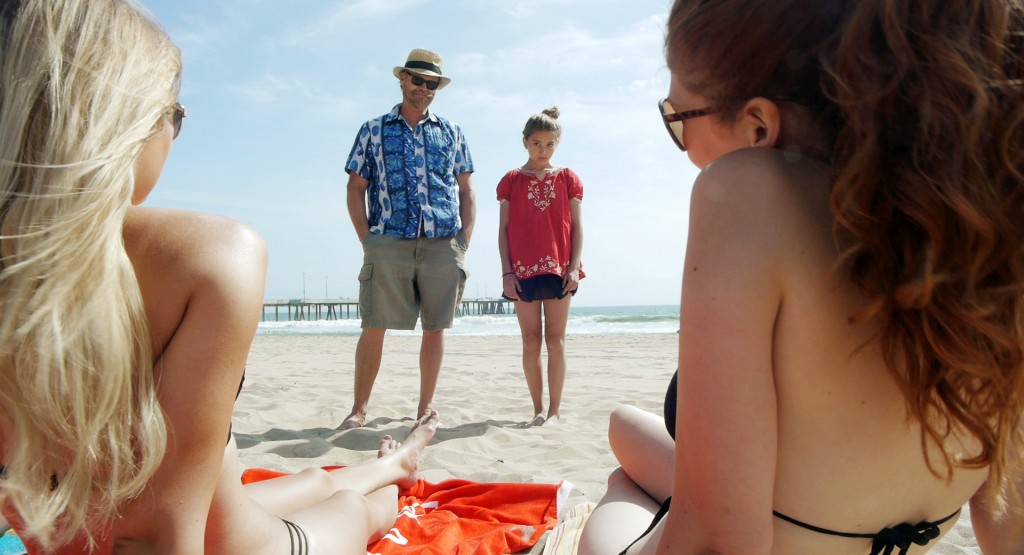 Last year, Martin Scorsese penned a public letter to his daughter, expressing how films nowadays can be made for little money and how important it is to maintain the spark that leads one to making a film. He’s right; what’s unique about this time is that anyone can be a filmmaker. All anyone needs is a camera and an editing system, and he/she can make a film just the way that he/she originally envisioned, without any interference whatsoever. With that, the filmmaker’s voice is preserved, which is something that any director or writer working in Hollywood would kill for.

I couldn’t help but think back to this letter after watching Jim Akin’s second feature-length film, The Ocean of Helena Lee, because it encapsulates just what Scorsese wrote about. Here is a film that was produced with just a thousand dollars and – from its first to final frame – expresses and maintains its filmmaker’s vision and voice. While it does have its fair share of flaws, you can’t help but admire its spirit and tenacity to show and tell a personal human experience. 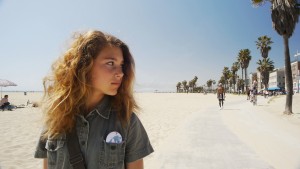 The titular Helena (Moriah Blonna) has reached the point in her life where the questions she asks shift from the “what” to the “why.” A 12-year-old aspiring writer, she spends her days exploring the colorful world found in sunny California’s Venice Beach and asking her charismatic yet tormented father Micky (Tom Dunne) such questions, to which he provides progressively dissatisfying answers. These unanswered (perhaps even unanswerable) questions, combined with Helena’s ever-growing awareness of her environment, create a rift between father and daughter, leading to outcomes both painful and liberating.

Like it or not, this is an arthouse film in every sense of the world. It wasn’t made to be a commercial film, nor did it ever target a mainstream audience. It doesn’t have a clear, goal-driven plot, instead focusing on an inner conflict inside Helena’s psyche that unfolds in a steady stream of consciousness. I imagine most moviegoers will find watching The Ocean of Helena Lee difficult, especially if they haven’t been exposed to such cinema – or have chosen to disregard it (ahem Andrew). 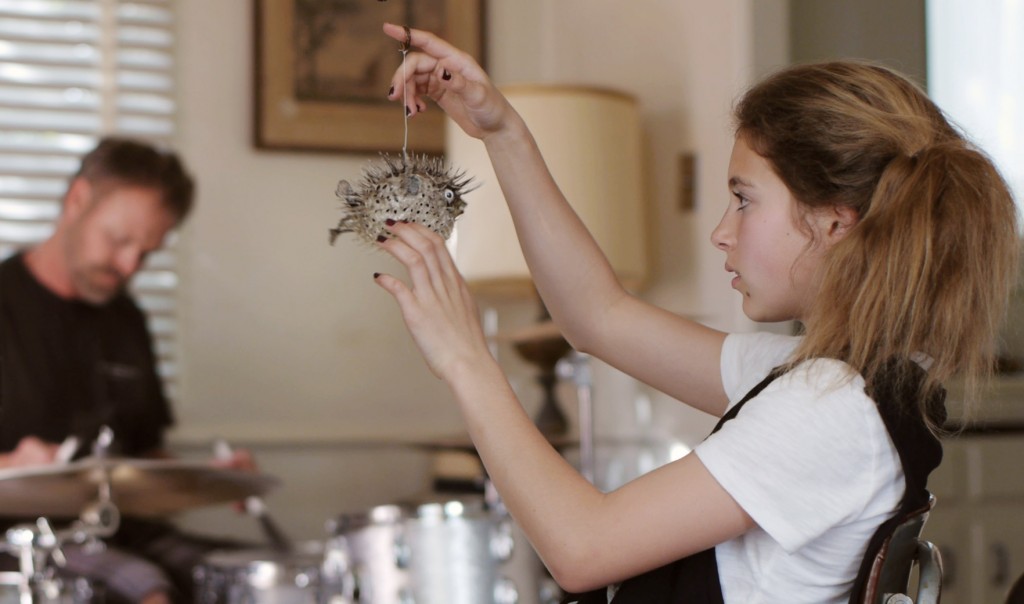 Characters drive this film; they are in command. Wherever they go, the camera follows and captures what they see. What results is a loose, “day in the life of” episodic narrative, where the segments can last a minute or stretch out into a long sequence, depending on what Akin wishes to convey. In his statement, Akin wrote about the combination of confusion, fear, and fun he experienced when growing up near a beach in the ’70s, and the film is an expression of those personal experiences. 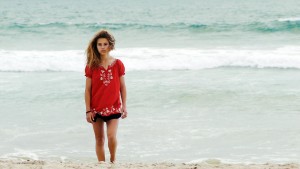 As far as the storyline goes, there isn’t quite one until well into the film. The first half hour is rather aimless, as Helena embarks on a rambling whirlwind of activities that shifts tonally from scene to scene. It’s difficult to settle in at first, but considering that this is the mind of a child who wrestles with existentialism yet finds fun in doing what fellow children her age do, this is all part of the process of familiarizing ourselves with her. After that, a single event grounds and links everything following it, and by then, we’ve followed and known Helena enough that we are now in her world. I will say, though, that there are a few dream-like sequences that feel out of place since it isn’t made clear whether those moments are either borne out of Helena’s imagination or just natural parts of a realistic environment, à la magical realism. 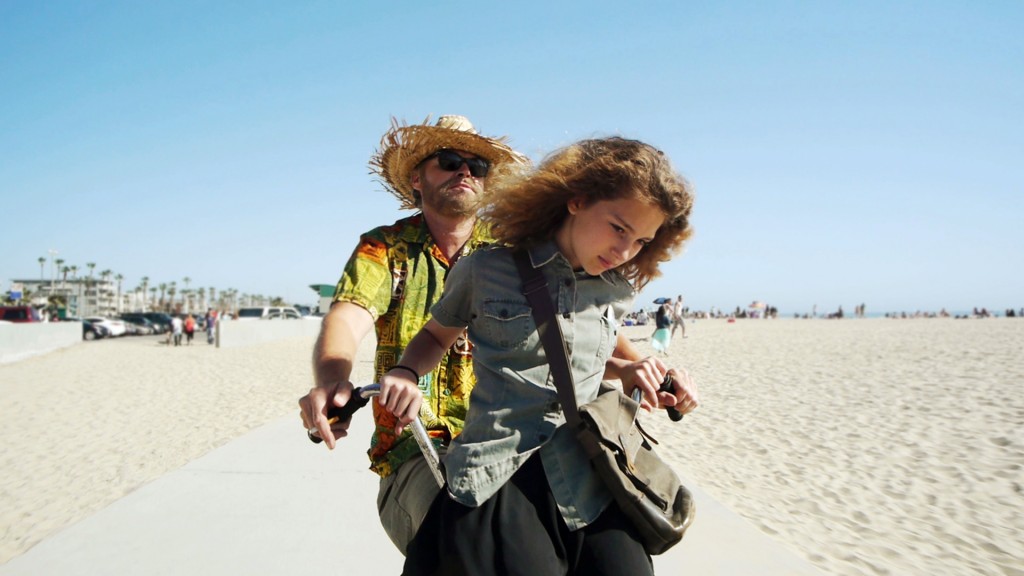 In observing this world through Helena’s eyes, we can come to see just how symbolically and thematically rich it is. The Ocean of Helena Lee is certainly a coming-of-age story, but that growth isn’t limited to just Helena. The more inquisitive she gets and the more philosophical questions she asks, the less concern and interest Micky shows. While he has seen more of this life than his daughter has, it becomes progressively obvious that he never did mature and remained a child trapped in a man’s body, finding comfort and “freedom” in booze, the ocean, and women. The ocean itself and the relationship it has with people plays a curious role in this world. It allures its inhabitants with promises of immortality and rejuvenation, and they treat it almost like a Fountain of Youth, swimming in it to cleanse themselves of anxiety and worry. Yet, they’ve grown so attached to it – addicted, even – that they can’t live without it. Be away from it for too long, and the lives they lead become insipid and repetitive, like Micky’s. Is the ocean, then, more so a mythological siren than a Fountain of Youth? If so, Helena may be the only one who hasn’t completely fallen for its lure. Considering that the film is Akin’s autobiography (of sorts), it’s captivating to witness just what he made of his surroundings when blossoming in his early years. 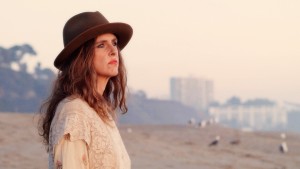 A talented cast brings these vivid residents of Venice Beach to life. Blonna’s terrific performance grounds the film and is the key to making it all work. She boasts an incredible screen presence, typified by her arresting gaze and ability to hold her own against her much older costars, that’s not often found in child actors and actresses. If she was ever intimidated by the fact that she is the lead role in a film (per IMDB, this is only her second feature), she doesn’t show it. It’s incredible how convincing she is as both a fun-seeking adolescent and a mature teenager who looks out for herself. A commendable Dunne nails Micky’s ho-hum, libertine attitude and warmth towards his daughter, which is integral in maintaining him as a sympathetic character throughout. Maria McKee leaves a lasting impression in the few scenes she has as Helena’s mother Luisa, bursting into song and effectively expressing the tenderness for her child. 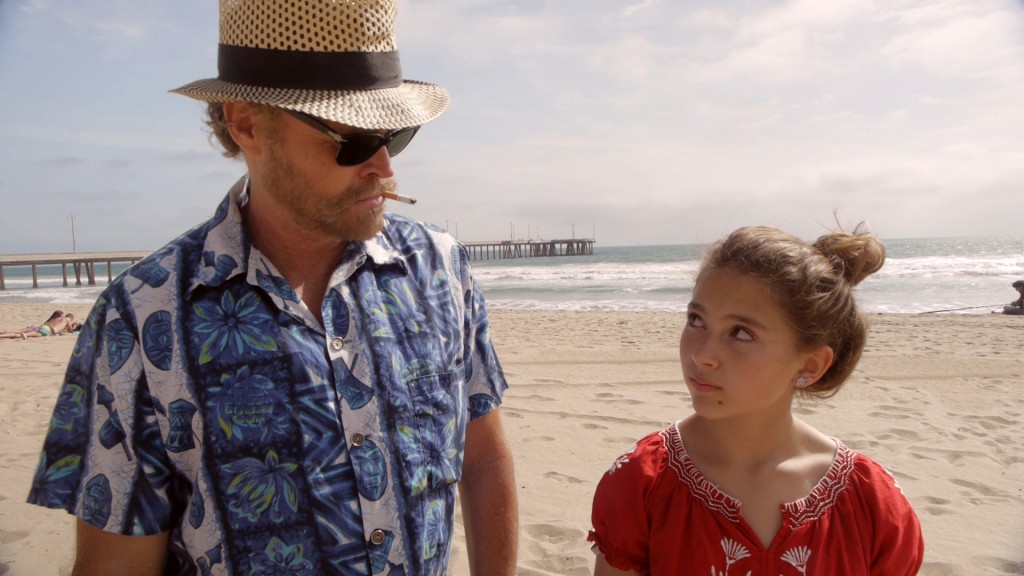 Behind the scenes, Akin himself proves to be a fantastic visual storyteller. It’s clear that he believes in showing rather than telling in the medium of cinema, and he does just that in reproducing the essence of Venice Beach. He tells a character’s story in each sequence, from Helena’s and Micky’s series of journeys to one involving a nonchalant, babbling man squeezed into a tight swimsuit. I wonder if he got a permit to film in Venice Beach, because there’s a sense that the film’s non-actors and non-actresses (perhaps they actually are perfomers, but I have my doubts) are unaware that a camera is capturing their actions and emotions. There’s almost a cinéma vérité aspect to Akin’s approach here, and it plays a significant role in transporting his audience directly to the beach, where you can almost feel the breeze in your face and the dying waves from the ocean splash against your feet. 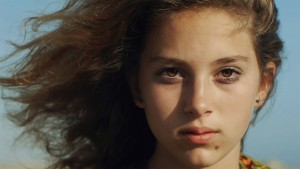 I don’t know if this was an issue with the theater’s sound system (I caught it at its premiere at the Egyptian Theatre in Hollywood), but the sound quality seemed off, particularly in the beginning. The audio is amplified at such a high level that dialogue and other diegetic sounds clash with each other and make the former difficult to understand. Not that it isn’t difficult to understand anyway, because the intentionally poetic dialogue here – particularly in scenes involving Micky and Helena – isn’t believable. It comes across as lines written for the cast to say rather than natural dialogue that real people say and share with each other.

It’s quite fascinating to watch The Ocean of Helena Lee and just comprehend the fact that this was made the way it was intended. Bolstered by a strong lead performance and richly drawn from Akin’s adolescent experience, this is independent cinema in its most basic and purest form, and is an encouraging sign for anyone of any age who wishes to be a filmmaker.