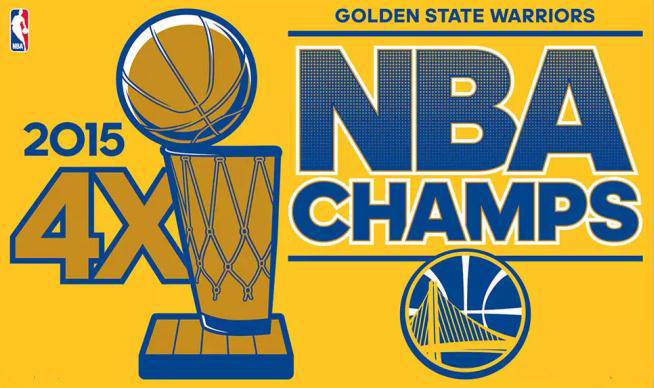 I don’t get to write about sports on this blog. Correction, I don’t get to write posts solely about sports on this blog. So when amazing things happen to my favorite sports franchise, the Golden State Warriors, I am encouraged to find a way to connect drinking or movies or TV to sports. If I were smarter or worked harder at this, I’d probably find creative solutions to the fact that I’m hamstrung to discuss the thing that I might love most in this world: basketball (Apologies to my dog and even more to my wife).

I mean, where do I go when Klay Thompson erupts for 37 points in a single quarter, breaking both NBA records and my brain in the process.

What do I do when Steph Curry does this…

Can Media Brew Pub be an outlet for me when Riley Curry breaks the internet with adorableness and sass?

You see what I’m dealing with here? 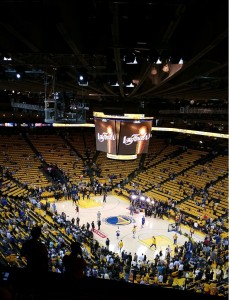 Again, if I were better at writing and thinking outside of the box, I would have come up with something by now. But today, I’ve got something to write about. It’s been two weeks since the Warriors won the NBA Finals. When I say I’m a fan, I don’t mean I watch their games. I mean that I stay up until 1AM in the morning to watch every minute of every playoff game that they play. I mean that they only lost 15 times this season and I saw 10 of those games because that’s how much I commit to seeing their games. I mean that even though I live in upstate New York and have events to coordinate for work, I purchase a plane ticket, a ticket to Game 5, and make the cross country trip to watch Steph Curry explode for 17 points in the fourth quarter of a swing NBA Finals game. And then I hop on a flight 8 hours later to get back for work. I mean that I’ve watched them since I was playing on my nerf hoop and remember 12 straight years missing the postseason until they shocked the world and upset the #1 seed Dallas Mavericks as a scrappy #8. I’m not their #1 fan, but it’s certainly not healthy.

The night that they clinched their first NBA title in forty years, I was traveling for work in New York City. I told my boss, “I’m not missing this game.” In hindsight that probably wasn’t the way I should have handled the situation. Fortunately, my boss is very patient and very awesome. We found a bar (Keen’s in Midtown), set up shop, and I started going to town on Manhattans and Old Fashioneds. I’m a bourbon drinker, so I asked the bartender for his bourbon list; if the Dubs won, I was going to throw something special back. My choice after a quick review: Michter’s Ten-Year Old Bourbon. 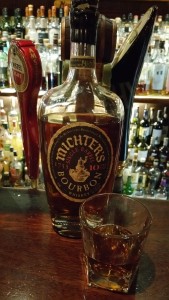 Now I had been looking for this puppy for a while. Not as rare as Pappy, it is on the short list of bourbons that can compete with Van Winkle whiskeys in blind tastings. Many drinkers will say that it’s their personal favorite. It’s not supposed to be terribly hard to find but I have had shit luck seeing it in the liquor stores I visit or any of the bars whose stools occupy for my occasional small batch session.

When it was looking like my boys were going to take home the chip, I placed my order. I received a pretty generous pour of Michter’s and asked for the bottle to document the moment. Once LeBron had been subbed out and the game was all but decided, I took my first smell, a second, a third… and then sipped.

I could tell you that the color of this bourbon was that of a beautiful, dark, caramel jewel. That it’s as if someone crystalized years of charred oak and presented it to you in liquid form. We could discuss the incredible fragrance of brown sugar, banana cream pie, vanilla, oak, and even leather. I’d regale you on the complexities provided from just breathing in a few whiffs of this well-made whiskey. Or that the mouthfeel is rich and slightly thicker than your standard bourbons; it provides a depth to the experience of drinking that you don’t with other less oily contenders.

I could do all that without even discussing its flavor – sweet and creamy to start. The blending of vanilla and molasses with just a hint of browned butter. Then, you taste the spice. Nutmeg, cinnamon… even a bit of pepper. And unlike some harsher bourbons, the heat from the alcohol comes and goes, it does not linger. You are left with a touch of smoke and spice. At 94 proof, I’d tell you it’s hard to come by a bourbon that goes down so easily.

But instead of all that, I’ll say this: