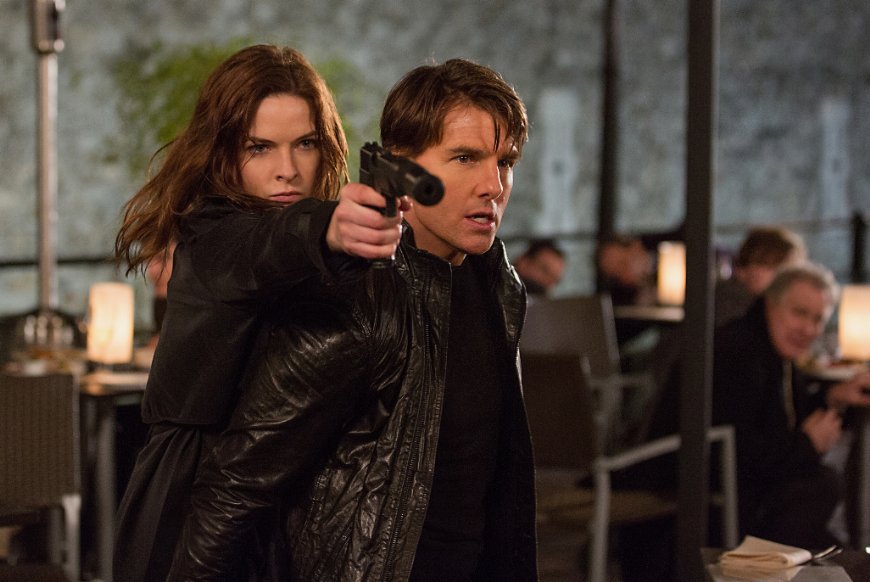 It’s incredible how far the Mission: Impossible film franchise has come along. From bursting into Hollywood in 1996 to being brought to its knees in 2000 with an underwhelming sequel, to finding some hope in a third film in 2006 before coming back strong in 2011 with Ghost Protocol, the series has been through both the best of times and the worst of times. What a life it has had, especially with the one who has been with it through thick and thin: Tom Cruise himself, whose passion for the franchise never died out. This sounds like either a marriage or an inspirational sports tale, doesn’t it? Whatever it may be, it’s clear that the series continues to stride forward with its latest entry, Mission: Impossible – Rogue Nation. 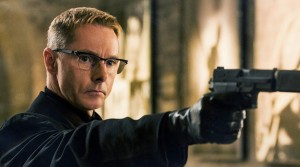 Following a successful mission, IMF (Impossible Mission Force) agent Ethan Hunt (Cruise) pursues information that could prove the existence of the Syndicate, a secret international criminal organization made up of former special operations forces. The Syndicate manage to get one over on Hunt and capture him, but Syndicate operative Ilsa Faust (Rebecca Ferguson) helps him escape, though she does not leave with him. Meanwhile, CIA director Alan Hunley (Alec Baldwin) successfully lobbies a Senate committee to dissolve the IMF and have it absorbed into the CIA, despite protests by William Brandt (Jeremy Renner). Now a fugitive, Hunt begins a global pursuit of the Syndicate, receiving assistance from Benji Dunn (Simon Pegg) and Faust, whose loyalties are dubious. 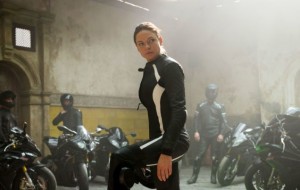 On paper, the story here isn’t particularly impressive, but writer-director Christopher McQuarrie smartly writes from the characters to make the film engaging. Anyone who’s familiar with the M:I tropes may find the plot somewhat predictable, and the nefarious Syndicate are underwhelming in the sense that its goals are quite broad and the majority of its operatives are never in the same league as our protagonists. However, the conflict between Hunt’s team and the Syndicate don’t matter as much as the conflicts the team faces from within, which is where the drama and tension come from. Without going into spoilers, each team member has a lot at stake here, and the journeys they embark on are very personal. Those stakes drive the film forward and keep the audience hooked. 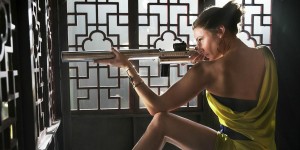 McQuarrie uses his characters quite well, and the cast is terrific. Cruise continues to defy age, enthusiastically stepping up to tackle his own stunts while never losing his charisma. The film emphasizes Hunt’s wits as his greatest trait, so Cruise brings his dramatic chops to great effect. While Benji is typically used for humor, the character himself is given an arc, and Pegg sells his performance with great gusto. Renner and Baldwin have a nice chemistry to make their verbal exchanges hilarious, despite their somewhat limited roles. The highlight here is Ferguson, who carries herself with confidence and shrouds herself with mystery, making Faust not just a fascinating character, but in many ways the soul of the film (Hunt is the heart, by the way). 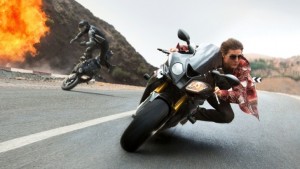 Once the story nails down the characters, the setpieces become absolutely visceral. Granted, the sequences here lack the the jaw-dropping “wow” factor that the Dubai-set ones in Ghost Protocol, but they stem first and foremost from emotional tension – for reference, think back to the CIA infiltration scene from the first film. Not once do the setpieces in Rogue Nation feel like spectacles for the sake of showing spectacle; instead, they enhance tension all the more. The action sequences here feel kinetic, yet they are filmed with cinematographer Robert Elswit’s steady hands. Since we are empathetic to the characters, we can feel every crash and punch that they experience, thanks to incredible choreography and crisp sound design and mixing. The film’s setpieces rank among the best in the franchise not for how they look, but how they are used. 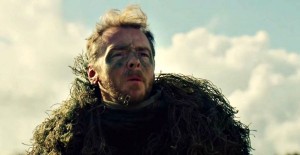 From the looks of things, it appears that the Mission: Impossible series is quite healthy. At points, it had to sink, it had to mature, and it had to learn how to be fun. Rogue Nation moved it into a place that’s a combination of the latter two, in which its characters became compelling and built up to the fun. It needed to truly make its mark again, and this film has done just that. Now then, who’s looking forward to the sequel?

Since the franchise has reached the five-film mark, I think a ranking of the films is in order.