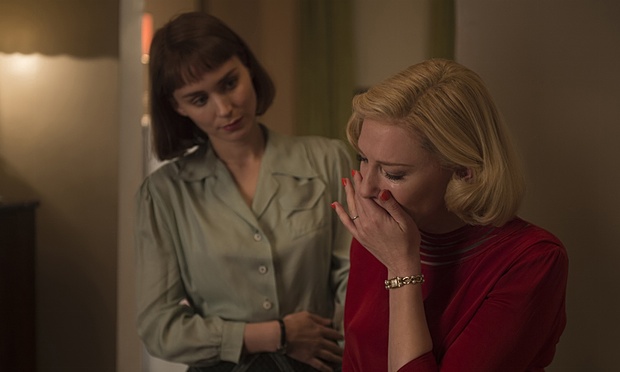 The best parts of any romance lie in the details. In regards to details, I’m talking about the glances, the brushes of fingertips, the way someone conducts him or herself around certain people, and the attention that he or she gives to that certain someone. These make up the language of love, and what’s fascinating about them is that they can be both overt and subtle, depending on the amount of attention you’re paying to a relationship. Now, when you have a taboo love story, those details matter all the more, especially when the couple in question can’t always be open. Indeed, that’s the relationship at play in Carol, the delicate and intense adaptation of Patricia Highsmith’s groundbreaking lesbian romance novel, The Price of Salt. 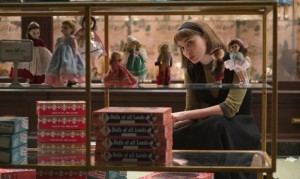 A young clerk working at a 1950s Manhattan department store, Therese Belivet (Rooney Mara) spends her time dreaming of a more fulfilling life. One day, an alluring, older woman named Carol Aird (Cate Blanchett) enters the store in search for a gift, and she engages Therese in a friendly conversation. During this brief encounter, a connection sparks between them, and the two meet again after Therese returns a pair of gloves that Carol had left behind. Their attraction soon evolves into something deeper, and their lives begin to entwine. However, their newfound relationship arouses the jealousy and suspicion of Carol’s husband Harge (Kyle Chandler), who questions her competence as a mother. 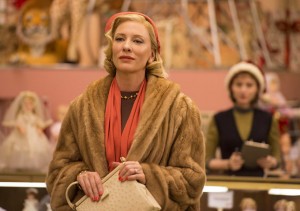 At face value, the story behind Carol isn’t groundbreaking, but it is incredibly focused on what it seeks to portray. With Todd Haynes’ meticulous direction and Phyllis Nagy’s near-minimalist screenplay, the film follows the growth of two women. In a sense, it’s a coming of age tale for both Carol and Therese – the former must cast off the chains that keep her from having the life she wants, and while the latter knows what she wants, she requires a strong push towards it. Though it shares the same general structure as any love story (initial encounter, progression of a relationship, and a resolution), the film stays centered on Carol and Therese as their romance shapes and sets them on course to where they need to go. This is a beautifully and deceptively simple tale; Haynes and Nagy skillfully keep the characters’ development as straightforward as possible, and there’s not an overwrought moment to be found, yet the struggles of these two richly drawn women hold such emotion and power. 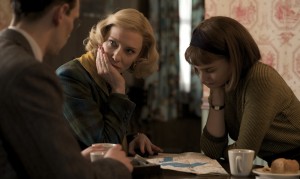 The picture truly shines when it comes to its portrayal of the little moments found in a relationship. It effortlessly illustrates the care and value that people put into their relationships, which is found in the seemingly insignificant motions of the body. When the characters are in the company of certain people, their expressions and the way they conduct themselves say everything about the relationships in question. I imagine some viewers will find the film to be drab and distant, and it is for a reason, which I’ll address shortly. Those scenes, however, rest on the little motions, and they convey so much. Look at the way Therese acts around her boyfriend Richard (Jake Lacy), and contrast that with how she is around Carol – the differences are quite stark, such that no sentimental dialogue is ever needed. The relationships are incredibly grounded and tangible, as you can feel every slight touch and catches of breath, mind every hand motion, and completely understand the characters’ reactions to those little details. 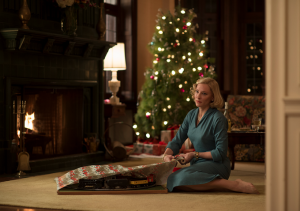 A handful of strong performances anchor this tale. When watching the film, I couldn’t help but note how Blanchett and Mara look so similar to Katharine Hepburn and Audrey Hepburn respectively, which doesn’t seem accidental. Blanchett oozes regality that brings to mind Katharine Hepburn’s authority, and indeed, she owns every scene, even when Carol feels helpless. Mara reflects Audrey Hepburn’s dovelike vulnerability, which perfectly sums up Therese in the film’s first half or so, and the way she gradually transforms that demeanor into assured confidence is brilliant and engrossing. Equally impressive here is Chandler – though he’s only in a couple of scenes, he flawlessly hits all the nuances of a jealous, possessive husband such that Harge becomes someone to pity than downright hate, as we understand what exactly is at stake for him. 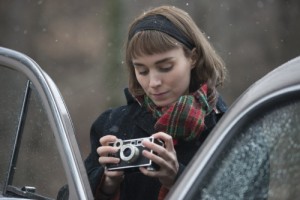 In recreating the ’50s for the big screen, Haynes ensures that a drab and repressed feel consistently runs throughout the picture, reflecting the taboo nature of Carol and There’s romance. Cinematographer Edward Lachman shot the film in Super 16mm, and with that format, each frame seems like a photograph that was taken from that era. Blanchett and Mara are often shot through reflective surfaces like windows, which communicates this sense that they are trapped, that we aren’t seeing them as they really are. That same feeling is reflected in the colors of this world, especially in public spaces, as a gray palate mutes even the brightest of dresses. In the privacy of a comfy room, the picture becomes brighter, and life seems to inject into the lights and walls. Even Carter Burwell’s poignant and somber score sounds as though a weight has been placed on its chest, affecting every note and attempt at a crescendo. 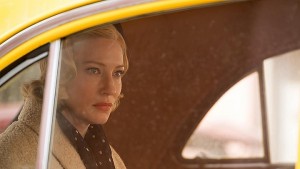 in Carol, every frame matters because there’s an emotion being conveyed or a character unfolding in each one. It’s a sign of assured and purpose-driven filmmaking, and this picture truly is a product of that. Haynes has crafted a devastating and intricate film, powered by its characters, the cast, and his vision. It’s certainly not an easy watch, but it’s one where you just can’t tear your eyes away from the screen. Simply put, Carol is one of the best films of 2015.

* All photos courtesy of The Weinstein Company