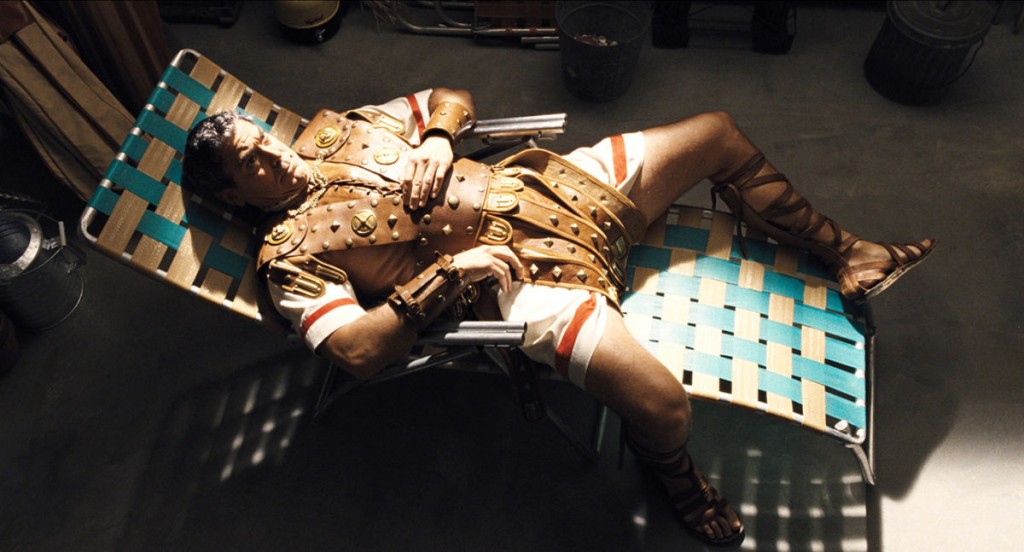 Joel and Ethan Coen, also known as the Coen brothers, are perhaps the most unique American filmmakers to grace the craft. Stocked with eccentric characters and delving into complex ideas and themes, their films typically toe a fine line between absurdist comedy and captivating drama, and their stories unfold in unconventional manners and distinct styles. Hail, Caesar! is likely their most divisive work to date even for their fans, but it’s very much a product of their minds, and it makes for a fun, thought-provoking watch. 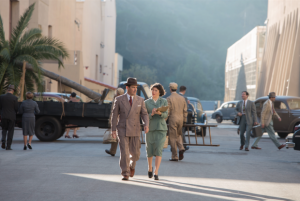 It’s 1951, and Capitol Pictures’ head of production Eddie Mannix (Josh Brolin) spends his days solving troublesome dilemmas and keeping his stars’ scandalous behaviors out of the press. Over the course of nearly 30 hours, he deals with the kidnapping of major star Baird Whitlock (George Clooney), addresses what unmarried actress DeeAnna Moran (Scarlett Johansson) should do with her unborn child, and handles the concerns of rodeo actor-singer Hobie Doyle (Alden Ehrenreich), who’s just been cast in a period drama – much to the chagrin of its refined British director, Laurence Laurentz (Ralph Fiennes). Though the work rarely gets the better of him, a tempting offer of a high-level executive position at the Lockheed Corporation hangs over Eddie’s head. As he goes about tackling these problems, he asks himself whether he should leave this crazed life behind for a seemingly better one for the future. 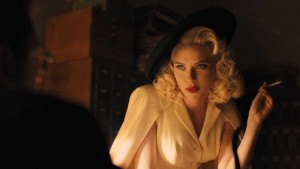 Upon watching the film, my initial impression was that it was one of those movies where the parts are greater than the whole. After all, the complications that vie for Eddie’s attention and time also vie for ours, and the narrative meanders in and out of each one. This leads to a rather skittish pace, as some sequences play out briskly while others are drawn out. These latter scenes – particularly DeeAnna’s frolicsome introduction where she plays a mermaid – have the tendency to drag and wear out their welcome, so it’s quite easy to be frustrated with the film, despite the many outright delightful moments such as Laurence and Obie going over a single line or a song-and-dance number featuring heartthrob Burt Gurney (Channing Tatum). 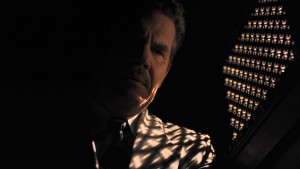 However, anyone familiar with the Coen brothers’ filmography knows that each scene plays a role in the presentation of an idea. A casual viewer may say that the depictions of the movies being made – the titular Roman epic, a Western, a musical, etc. – celebrate Hollywood itself, but there’s certainly more bubbling under that surface. In the making of these films, there’s an air of absurdity and frivolousness running through every one (hence the ever-present comedic tone). Given Eddie’s struggle over the job offer, such scenes give us an idea of what his daily life is like, dealing with the craziness of all the people involved in Hollywood. It’s enough for a man to have an existential crisis, and that’s exactly what Eddie is going through. Throw in the prominent religious content and iconography, and his situation becomes very clear: he’s having a crisis of faith, and he’s lost sight of the god he worships – the movies. Thematically, this is a great companion piece to the Coens’ A Serious Man. 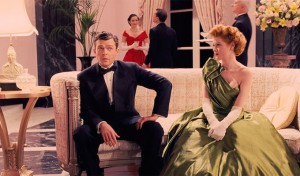 It’s worth noting that the Coens hold an enviable position in the industry, as just about any actor and actress wants to work with them, allowing them to make the movies that they want to make. They’ve assembled quite a talented cast here, and each member plays their part to perfection, in spite of the limited time onscreen that some of them have. Brolin is right at home as the charismatic yet gruff Eddie, and Clooney is clearly having fun playing a dopey bloke. Fiennes proves that his role in The Grand Budapest Hotel was no fluke, as he handles comedic material with ease here. Bringing out their characters’ larger than life personalities at the right moments, Johansson and Tatum absolutely steal their scenes. The main standout here is Ehrenreich, whose charm and earnestness makes Hobie a marvelous presence in any scene he’s in. 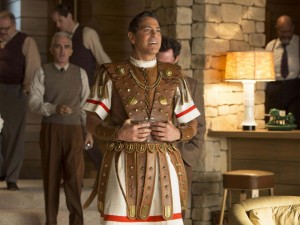 Recreating the look of the ’50s is no small task, especially it involves other movies, but the film handily does just that, bearing impressive results. The portrayal of multiple movie locations and sets – from Roman architecture and a desert landscape to an ocean-mimicking pool and a seaside tavern – and costumes reflects the rich colors and polished look found in films from that era. Master cinematographer Roger Deakins captures that very aesthetic, and the way he manipulates light to get the picture he wants is evidence of why he’s one of the best working directors of photography today. 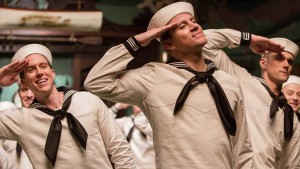 There’s no doubt that Hail, Caesar! can be a difficult movie to “get,” but it’s a carefully constructed tale that respects its audience and trusts them to grasp the compelling narrative at its core. Its characters’ actions and sequences provide the entertainment, while the ideas behind the characters’ dialogue and thoughts – combined with the deliberately placed mise en scène – provide the story that truly warrants this film being made.