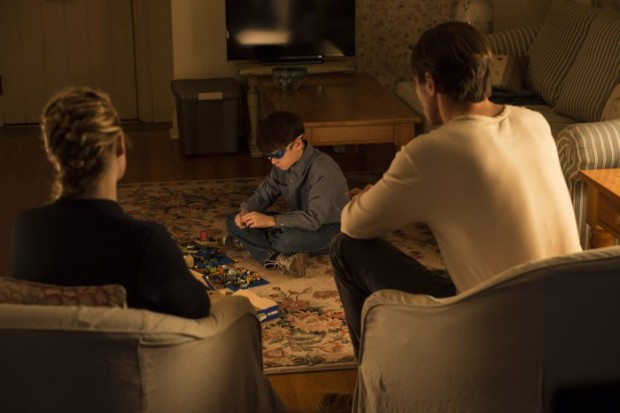 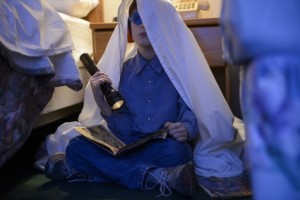 It’s clear right from the get-go that Nichols (Take Shelter, Mud) is firmly in control over how this story will be told, and whether or not you enjoy the film depends on how you respond to his abilities and style. Opening in media res, Midnight Special presents and slowly unravels a mystery involving a two men and a peculiar boy on the run, a cult, the FBI, and the military – an extraordinary mystery, indeed. Instead of feeding his audience the full answers they seek via exposition, Nichols reveals bit by bit details about who these characters are as well as their relationships to one another through limited interactions defined less by words and more by looks and touches. He trusts his audience to connect the dots, and while he doesn’t give all the answers they may seek, he knows that what he shows is enough to understand and get on board with the characters. All the players in this tale prove to be interesting, and given that they drive the story forward, following them is an enjoyable experience. Sometimes their surroundings clash with their actions and hence test our suspension of disbelief, but what’s truly important here are their arcs. Nichols deliberately and gradually shifts the focus from the mystery to the characters’ emotional struggles, and once the thematic material is realized, the film becomes a relatable, touching story about parenthood. 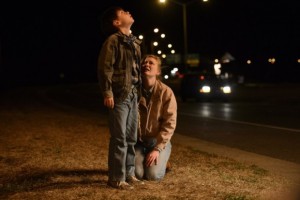 Nichols has assembled a terrific cast, and despite working with what seems to be fairly straightforward material, they succeed in making their characters breathe. Michael Shannon’s harsh face may draw misconceptions aplenty, but by tapping into Roy’s commitment as a father, he unveils a gentle heart and makes the character click. Joel Edgerton speaks abounds without ever needing to open his mouth, which helps him make the most out of the limited relationships that he shares with his co-stars. Kirsten Dunst comes rather late into the game, but she delivers a delicate and emotionally nuanced performance. The real standout here is Jaeden Lieberher, as he commands his scenes with such authority without ever losing the childless sensibility that fuels the character. Also featured – though not prominently – in the film is Adam Driver, who provides humorous beats to good effect. The cast understand how their characters function in the context of the story, and their work here reflects that. 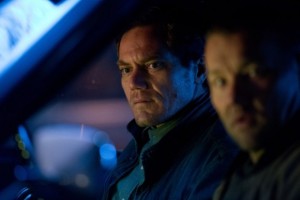 This is Nichols’ biggest feature to date, and while some filmmakers may find the rise to the next level intimidating, he loses none of his confidence, and it shows in the film’s technical quality. Editor Julie Monroe skillfully cuts between the many characters’ perspectives such that momentum is never lost. Cinematographer Adam Stone builds tension by taking advantage of the dichotomy between day and night. The CG work may seem a bit rough and unremarkable, but it does get the job done for a $20 million movie. What does soar here is the sound, from the hums of car engines to crisp gunshots. Ditto for David Wingo’s rhythmic score, which draws the audience into the proceedings. All in all, this is a handsomely made film that complements and enhances the story being told.

Midnight Special is a confident and emotionally resonant production, one that further cements Nichols as a filmmaker and storyteller to keep an eye on. To intrigue an audience and bring them into the piece is the hallmark of a great artist, and he is just that. Personally, I can’t wait to see his next feature.