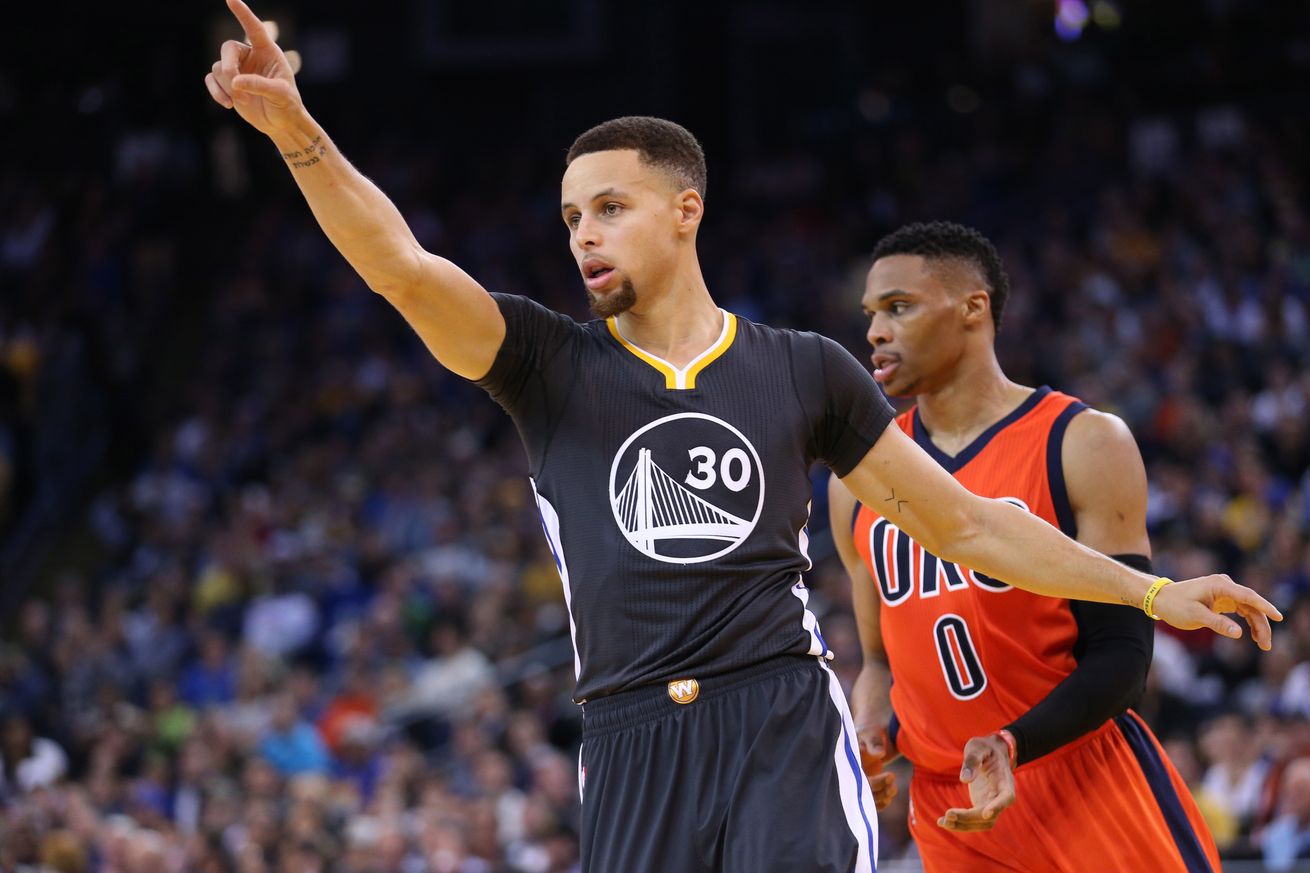 Well we’ve made it. Things are about to get serious. Cavs v Raptors. Warriors v Thunder. I’m going to jump right into it and predict both series will go five games and chalk. Here are my quick thoughts for each series. We’ll start East:

The moment Whiteside’s health came into question I was hoping the Raps would win this series. As much as the narrative may have been interesting, without a healthy Whiteside, the Heat are not up to pushing the Cavs in any way. I expect this series to wrap up quickly but for each game to be close – similarly to the 2012 Finals when the Thunder took Game 1 but then lost 3 tightly contested games to the Heat before finally succumbing in Game 5. Lowry and DeRozan are hitting their form at just the right time and I think the extended break will screw with Cleveland’s rhythm from outside.

For Cleveland, the difference between this series and the last two is that in crunch time, the Raptors have two legitimate shot creators in Lowry and DeRozan. The Cavs had a nice path to the ECF in that there were not great offensive players that could punish them. The Cavs have been comfortable coasting through 80% of their games and then tightening up as things come down to the wire. I expect this to continue except that in the case of the Raptors, they have the high-level talent to steal one game. Having said all that, I can picture LeBron switching onto Lowry or DeRozan consistently to close out games and just don’t see Toronto playing well enough on both sides of the ball to do more than take one at home. If JV can come back in time for Game 2, his additional skill on offense as well as the added size could swing one more game the Raptors’ way. Without him, the Cavs also get the advantage on the boards. The North is just giving up too much.

This is the match up we’ve all been waiting for. Not just this year, but for the last few years. The regular season match-ups between these two teams have given us some classics (Steph’s 12 3s, KD’s 50, etc.) and I expect each of these games to be exhilarating. Both teams have marquee players who can win games single handedly. Both teams excel in transition. Both teams have great home crowds. A lot of people will say that the Spurs should have been here but I always thought the Thunder had a higher ceiling. That’s why I was hoping that they wouldn’t get past the Spurs – they can give the Warriors problems.

I think this series will also be competitive but in the end, won’t last many games. The Thunder have solved a lot of their issues in the clutch but the Warriors have dominated close games all season. The Dubs are built to play competitive teams and I expect the Warriors to take care of home court and pick up a win in OKC. Westbrook, great as he is, is going to be tested by Steph and Klay because he lacks discipline when playing off ball defense. The Thunder bigs will have a tougher time taking advantage of the Dubs because they’ll be forced to play much faster defense against a Warriors team that looks more Spursian than this year’s iso-post-heavy Spurs did. As great as that Spurs team was this year, they did not have the high-end talent needed to match up with the best OKC had to offer. With shortened rotations, the Warriors will still have the better five on the floor for most of the game which should be enough to hold off the inevitable Kevin Durant onslaught. KD will get his but it just won’t be enough to take down a team that is now 81-11 for the season.

The real wildcard in this series is the health of the Warriors. If Steph and Draymond are not playing at a high level due to injuries, that could turn the series on its head. They should be able to recover with no Bogut as Ezeli is probably a better match up for the Thunder bigs due to his athleticism and energy but they’ll want him healthy by the time they hit the road.

The WCF this year is the series to watch. Even though I’m predicting 5 games, it should be one of the best match-ups we’ve seen since the late 90s Bulls/Jazz series. Superstars galore with entertaining styles.

See you in the Finals!