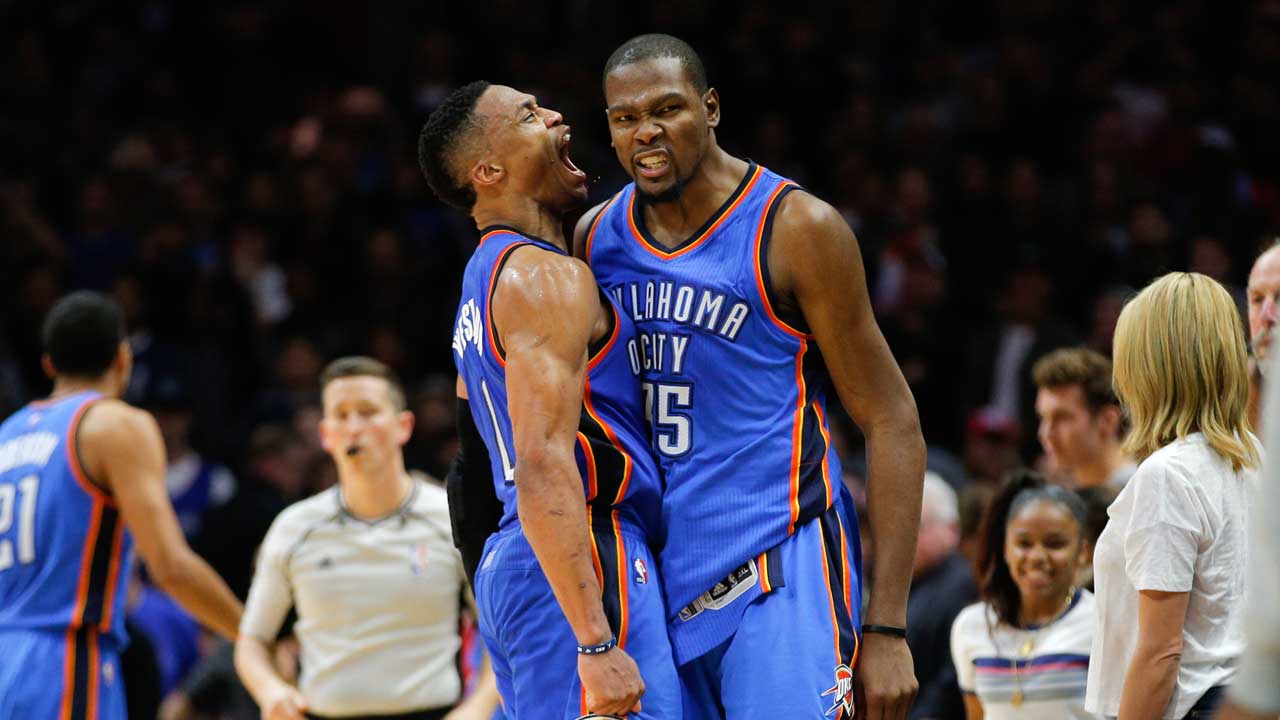 73-9. 24-0 to start the season. Unanimous MVP. As a Warriors fan, all that stuff is looking pretty hollow right now. The Thunder have taken a commanding 3-1 series lead over the Warriors and the Dubs are left with the harsh reality of having to beat a team that has dominated this match-up three straight games. Fortunately they’re heading home to Oakland where they’ve lost only three times all season but, truthfully, this series looks over.

So what happened? How does a team that went 73-9 get manhandled to this degree? Many will say it’s because the Warriors crumpled, that Steph has been injured, or even that they really aren’t that good. Oh, and my personal favorite: karma. That’s going to be my number one excuse if the Dubs fail this year. Joe Lacob and his goddamn hubris. Moving on… All this is frustrating because it not only diminishes the excellence of Golden State, it also craps on the Thunder – a team that is playing at a historic level in its own right. They’ve already dispatched another historically great team, the 67-win Spurs, and they are primed to do the same on Thursday night in Oakland. It’s common knowledge that the Thunder were expected to out-FT and out-rebound the Warriors. But here are the others things that have allowed the Thunder to level up and become the best team in the NBA:

If I’m the rest of the league, I’m terrified. The Warriors are an incredible team and will probably be the West’s number one seed for years to come. The Thunder cannot play at this pace for an 82-game season. Westbrook and Durant should not be playing over 40 minutes a game all year. But when the rotations tighten and it’s playoff time, they have a level that not even the Warriors can hit. What has kept them from hitting this apex historically has been inflexible coaching and poor decision making. With Donovan’s creativity and a locked-in group of players, the Thunder can run teams off the floor with their size, speed, and aggression. Even if Steph was playing at an MVP level (which he clearly is not), it’s hard to imagine them overcoming the gap in athleticism that’s emerged in this series.

The best way to break down that gap is looking at their two defenses. The Warriors defense takes away what you want to do by playing smart and giving up unattractive options to try to take away the other team’s rhythm. The Thunder’s defense takes away and swallows everything by being faster and longer than you are. The Warriors style is sustainable and gives you more margin for error. However, it can be beaten. The Thunder’s style is harder to sustain because of the type of effort it requires and it has often beaten itself with poor decision making and lack of focus. The Thunder have to beat themselves. And unfortunately for the Dubs and the rest of the league, it looks like those days are behind them.