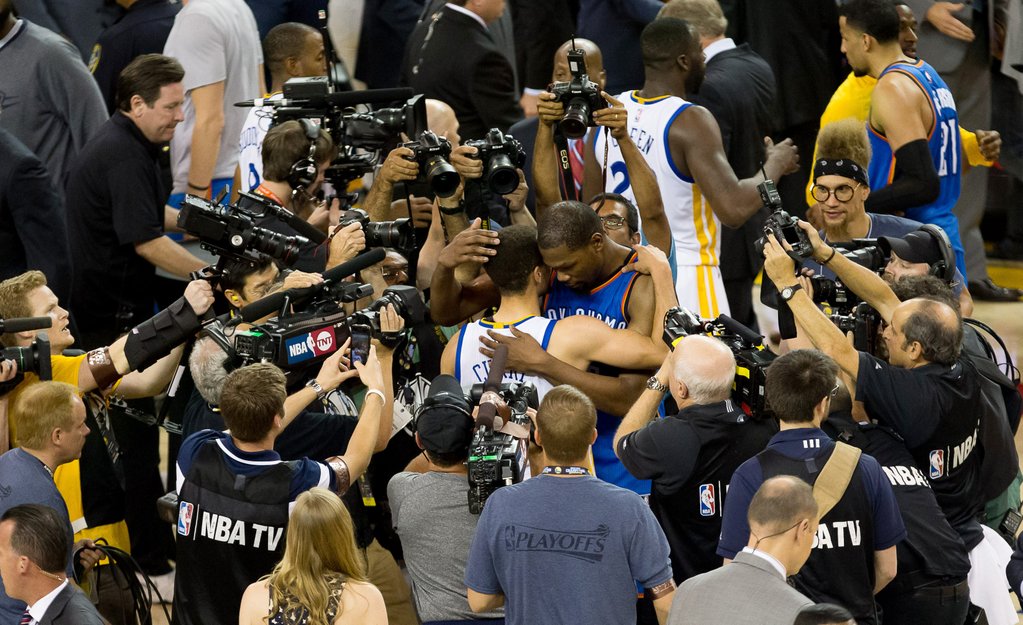 I have never felt so good about eating crow. On May 24, I was about 90% sure the Warriors were done. I even wrote about it here. This series was exhausting, emotional, and for me, the most enjoyable playoff series I have witnessed in my life. I am biased because I’m a Warriors fan but accounting for the talent, the stakes, and the high-level of play, I’d feel comfortable putting these seven games up against any other in NBA history.

So what happened? How did the Warriors mount this incredible comeback? Looking back at what I wrote, I still stand by my statement: the Thunder have a gear that the Warriors cannot hit. But there are two gigantic things I got wrong. The first, that the Thunder would sustain that level of discipline for the entirety of the series. And the second, that Steph Curry at an MVP level might not swing the series. After watching the last three games, a strong argument can be made that you need the second to get the first. Here are my observations from the Warriors amazing comeback:

While watching game 7, there were two moments that made me confident that the Warriors were going to pull out the victory (even though it was still close). The first was the aforementioned run by Steph and Klay in the third quarter. The Thunder called timeout with the Warriors up a possession. Despite the fact that the game was close and the Warriors had basically made this run by making a slew of terrible shots, there was a lot of finger pointing on the Thunder bench – their body language was terrible. In stark contrast, the Thunder opened the fourth quarter by making two straight, highly contested jumpers in back-to-back possessions. The Warriors responded, not by complaining, but by staying the course and not allowing great shotmaking to take them out of their game.

The second was a coast-to-coast Livingston fastbreak. He pushed the ball up the floor against three Thunder players in transition and despite not having numbers, slammed it home for an and-one. Why was this important? Because that possession shows what Curry and Klay do to the minds of other teams. The Thunder were scrambling, looking at the three point line for would-be shooters which made them forget the first rule of transition defense: stop the ball. Sometimes you forget how much teams have to adjust to the way the Warriors play.

What a legendary series. And, if things go right for the fans, what an incredible rivalry. Westbrook leaving the floor without congratulating the Warriors show that this was a chippy series and for NBA fans, it doesn’t get any better than two high-level teams meeting each other year-after-year for emotionally charges series in the playoffs. Crossing my fingers for round 2 next year.

On to the Finals!