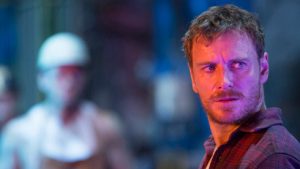 A decade has passed since the events of Days of Future Past, and the world is now well aware of mutants living among humans. Charles Xavier / Professor X (James McAvoy) enjoys running his school for mutants, Erik Lehnsherr / Magneto (Michael Fassbender) leads a normal life in Poland with his family, and Raven Darkhölme / Mystique (Jennifer Lawrence) rescues enslaved and oppressed mutants. The three haven’t seen or heard from one another for some time, but their paths cross once again after the awakening of En Sabah Nur / Apocalypse (Oscar Isaac), the world’s first and most powerful mutant who was entombed in Egypt for thousands of years. Disillusioned with the state of humanity, Apocalypse recruits four followers – one of whom is Magneto – in order to cleanse it and create a new world order. With the help of a few familiar faces, Professor X and Mystique must lead a new team of mutants to prevent the destruction of mankind. 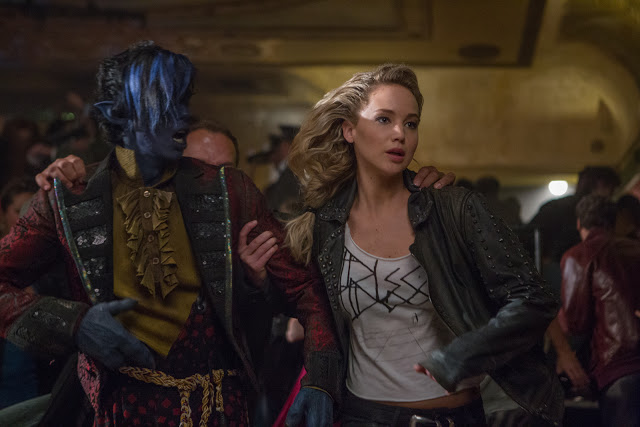 The film initially shows some promise, but it isn’t long before the cracks begin to appear and spread. A sequence set in ancient Egypt is pretty neat, as it reveals the world’s earliest mutants and how humans perceived them at the time. Equally interesting are sequences involving Magneto, who’s enjoying a radically different stage in his life, and Scott Summers / Cyclops (Tye Sheridan), who discovers his abilities for the first time. Individually, these sequences work well on their own, but they don’t function well as a whole. The transitions between these scenes are abrupt, so when they play out, they feel very detached from each other – a sign of poor editing and director Bryan Singer’s urge to get to the action. The film eventually settles into a solid rhythm in the second act, but the third act drags, which doesn’t help a boring climax in the slightest. To make matters worse, the film is tonally all over the place – one of the most dramatically charged set pieces plays out for laughs, only for a following scene to immediately get near-depressing. The story can’t strike the right balance between drama and fun, and that constantly shows. 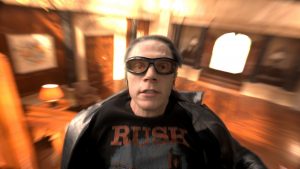 Much of the story’s issues stem from how it uses the characters. Simply put, there are too many who have some kind of bearing on the narrative, and screenwriter Simon Kinberg tries hard to incorporate them all to generally unremarkable results. While the old guard cast from the first X-Men trilogy may not be present, there are essentially three groups here: the holdovers from First Class and Days of Future Past, the villains, and the new (well, technically old since they’re mostly younger versions of mutants we saw in the first trilogy) mutants. Each of these groups has its own share of problems, and they’re recognizable as the narrative rolls along. The film has assembled a talented cast, but their performances tend to range from disappointing to great depending on how their characters are written and whether the actors and actresses can elevate or sell their material. 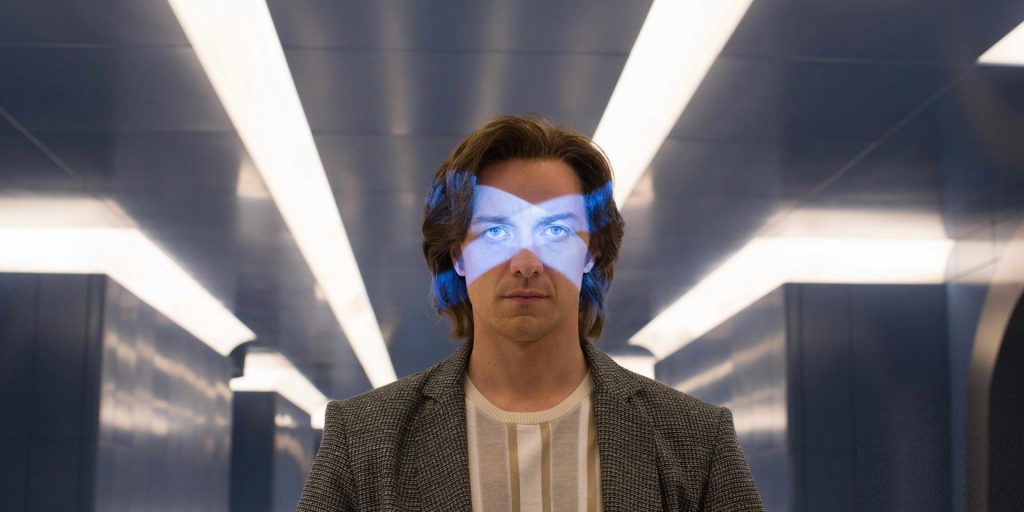 Of the three groups, the returners from First Class and Days of Future Past have the most room to breathe. Professor X has a very meaty role here, and McAvoy gives it his all in every scene, lending the character some heart and humor while still maintaining his authority. He’s so good that it’s almost easy to forget that the character retreads familiar material from X2, making his role in the conflict very predictable. Moira MacTaggert (Rose Byrne), Hank McCoy / Beast (Nicholas Hoult), and Alex Summers / Havok (Lucas Till) are back, and while they have some nice moments, none of them have arcs, so they don’t amount to much besides being expensive window dressing. In addition, it’s difficult to buy Beast, Havoc, and Mystique as older adults since they still look the same as they did in First Class. As for Mystique, her arc certainly has weight, but honestly, Lawrence seems bored with the role and never quite sells the character’s emotions. Peter Maximoff / Quicksilver (Evan Peters) returns as well, but he’s solely here for spectacle purposes and the story is inconsistent when using him. His big scene – which pales in comparison to his showstopper one from Days of Future Past – sees him have godlike premonition and power, but in a following scene, he gets taken down so easily even though he could have easily prevented it. What makes the character even more frustrating is the fact that he has a promising character arc that goes absolutely nowhere. Peters is fine in the role and induces plenty of chuckles, but his character leaves much to be desired. 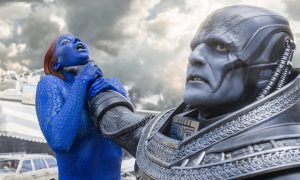 For the most part, the villains are terrible and hardly click as characters. The problem with Apocalypse is that he’s a dull antagonist with a boring endgame, and he’s more cheesy than he is threatening. Compounding the character even further is the uncomfortable-looking makeup and weird sound mixing for the voice, both of which neuter and suffocate poor Isaac, one of the best modern actors around who’s saddled with this sad excuse of a villain. Apocalypse’s abilities are whatever the screenplay wants them to be, and he comes across as lazy, which manifests in the way he chooses his four followers – he wants four of the most powerful mutants to be the Four Horsemen of the Apocalypse, but he basically ends up recruiting the first four mutants he encounters. Magneto does have an interesting – if not rushed – character arc, and he has an absolute heartwrenching moment here that Fassbender knocks out of the park. However, the story mostly uses him for spectacle in the second act and on, and he becomes less compelling as a result. Ororo Munroe / Storm (Alexandra Shipp), Psylocke (Olivia Munn), and Angel (Ben Hardy) round out the rest of the Horsemen, but apart from being picked by Apocalypse, they have neither arcs nor reasons to be in this movie, and none of their respective actors – save for Shipp since she does have one significant scene – leave an impression.

The “new” mutants deserve their own movie, and it’s a shame they have to be in this one. Though the film doesn’t feature them heavily, the chemistry they share with one another is promising, and as a group, they’re arguably among the better parts of the picture. Sheridan and Kodi Smit-McPhee – playing Kurt Wagner / Nightcrawler – certainly have charisma, and most importantly, it definitely seems that they’re having fun acting out their characters. As Jean Grey, Sophie Turner is painfully flat until the climax, though that’s a problem that lies with the material instead of the actress; unlike Cyclops and Nightcrawler, Jean doesn’t have the benefit of having any scenes before arriving at Professor X’s school, so it’s difficult to emotionally invest in her at first. While Singer and Kinberg do use her for pure fan service purposes later on, seeing their plans unfold is admittedly fun, although it’s easy to see them coming from a mile away. The odd one out from this group of mutants is easily Lana Condor’s Jubilee, but that’s due to the film’s disgraceful treatment of her. Not once is her name uttered by anyone, and her abilities are unknown. The film makes it seem like she’s going to be a significant part of this new team, but it completely shafts her by ditching her at the midpoint. She may as well be nothing more than the school’s yellow-jacket-wearing Asian girl. So much for getting minority representation on screen, eh? 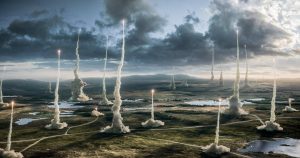 This is a hollow film that’s eager to show off its flair since it has very little substance. The X-Men franchise – which encompasses the comics, TV series, and films – have long reflected social issues, with mutants often described as metaphors for minority groups and the LGBTQ community. There are traces of that in the film, but they’re predominantly contained in the first half, and the main conflict never quite touches upon such issues, meaning the story has almost no thematic material to really work with. This is certainly the biggest X-Men film in terms of scale, and it takes advantage of that as evidenced by its mass destruction sequences. However, none of them ultimately mean anything, nor are they emotionally involving; it’s destruction for the sake of destruction. Devastation of cities across the globe should be a huge deal, but it isn’t here, and not once did I care. To be honest, I found it boring. What exacerbates this even further is how none of the characters seem to acknowledge or care about the millions of people being affected and killed by this, and the ending is proof of that. Let that sink in: the film doesn’t give a damn about all these people being killed. That’s negligence transcending even that of Man of Steel.

The drab aesthetic that pervades through most of the X-Men films affects this one as well. There’s hardly an interesting shot to be found, as Singer and cinematographer Newton Thomas Sigel seem content with placing the camera wherever they like. The production design relies a lot on CGI, and none of the locations or sets pop with some sense of livelihood. The ’80s setting does provide the characters with colorful garb to wear, but when it comes to the actual costumes they wear, Singer’s preference for dark colors still remains. The visual effects work is pretty solid at first in the Ancient Egypt sequence, but it nosedives as the film progresses, so by the climax, it’s all just a mess of dour-looking debris in all shapes and sizes swirling around or being thrown about. 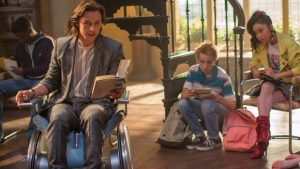 At one point in X-Men: Apocalypse, the new mutants go out to see Star Wars: Return of the Jedi. Afterwards, one of them quips that they can agree that the third movie is the worst in a franchise. Obviously, fans who are familiar with the production with The Last Stand will know that this throws shade at Brett Ratner’s poorly received X-Men film. Me, I find it ironic how this film has the gall to say such things about Return of the Jedi and The Last Stand when that statement applies to it as well. Heck, it’s worse than both of those films. Sure, it has a number of things that run well individually, but it just stumbles as a whole. This franchise needs new creative minds who can take the property in a new direction, because if it soldiers on with the same aesthetic and storytelling sensibilities, I’m not interested in watching another X-Men film continue telling this story.

I suppose a ranking of the X-Men films is in order, so here it is: