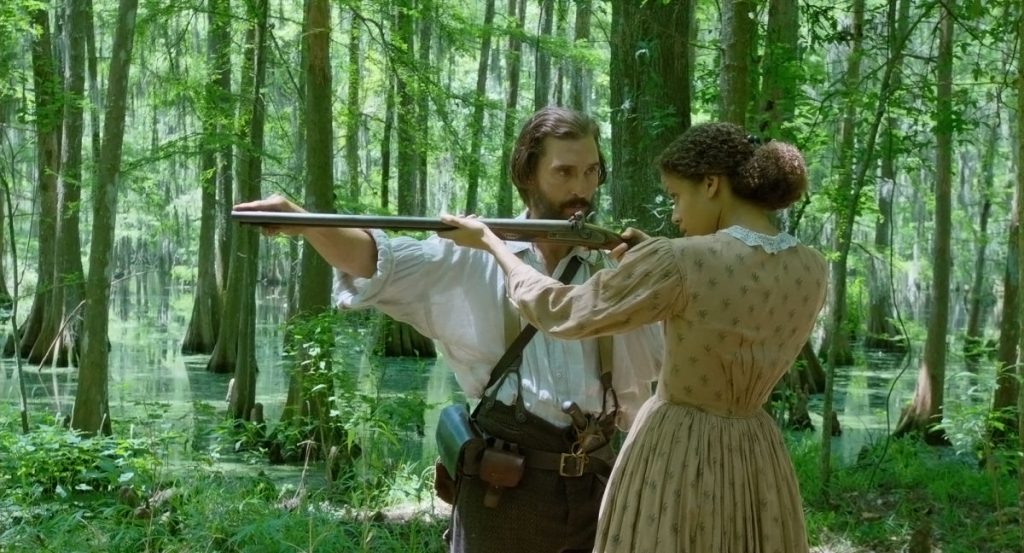 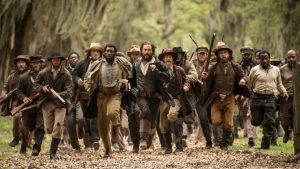 It’s surprising how a filmmaker like Ross, who normally has a firm grip on storytelling, is unable to tell a coherent story this time around. The film depicts Knight (Matthew McConaughey) and his band of deserters, poor farmers, and escaped slaves over a course of nearly two decades, and that proves to be too much ground to cover. It’s essentially a collection of segments, and many of them feature thinly drawn characters and never convincingly develop the themes of class division and racism. There certainly are a few interesting segments, such as Knight meeting with former slaves for the first time in a Mississippi swamp as well as the group fighting Confederate soldiers, but they don’t amount to anything more than being segments. They feel detached from one another, and considering that some tend to drag, the film works only in fits and starts. Compounding this even further is how it oddly cuts back and forth between the 1800s and 1960s, where Knight’s great-grandson is on trial. As a result, the film fails to settle into an even pace and even gets rather boring. 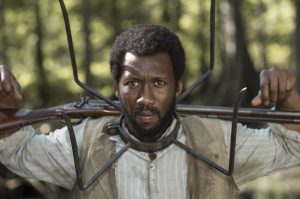 Despite having to work with two-dimensional characters, the cast manage to deliver some effective performances. McConaughey handily communicates Knight’s determination and righteous anger, and his charisma greatly complements his authoritative screen presence. Gugu Mbatha-Raw clearly understands her character’s trajectory over the course of the film, and that manifests in her growing in confidence and progressively expressing her emotions freely, which is quite nice to behold. The standout here is arguably Mahershala Ali as escaped slave Moses Washington, as he deftly balances a gentle, quiet demeanor with a resolve that threatens to burst the longer the character’s grievances build up. As far as the film’s technical craft goes, it’s a solid production. What’s distracting is how it feels and looks like made-for-television movie from beginning to end, as the image seems brightly lit – in spite of a blue-and-gray hue that was obviously added in post-production – and crisp. Perhaps the story would have been better off if it was told as a miniseries as opposed to a film. Cinematographer Benoît Delhomme’s handheld camera is well suited for the intense combat sequences, which don’t shy away from the brutality of war. It must be said that the makeup – particularly when gore is involved – is on point here.

There’s no doubt about it – Free State of Jones is a disappointing film, and that’s largely because of how limp it is. Its incredible subject matter offers a wealth of content to explore, and while the film does try that, it bites off way more than it can chew. Sadly, watching the film is akin to reading the Wikipedia summary of a John Steinbeck novel.