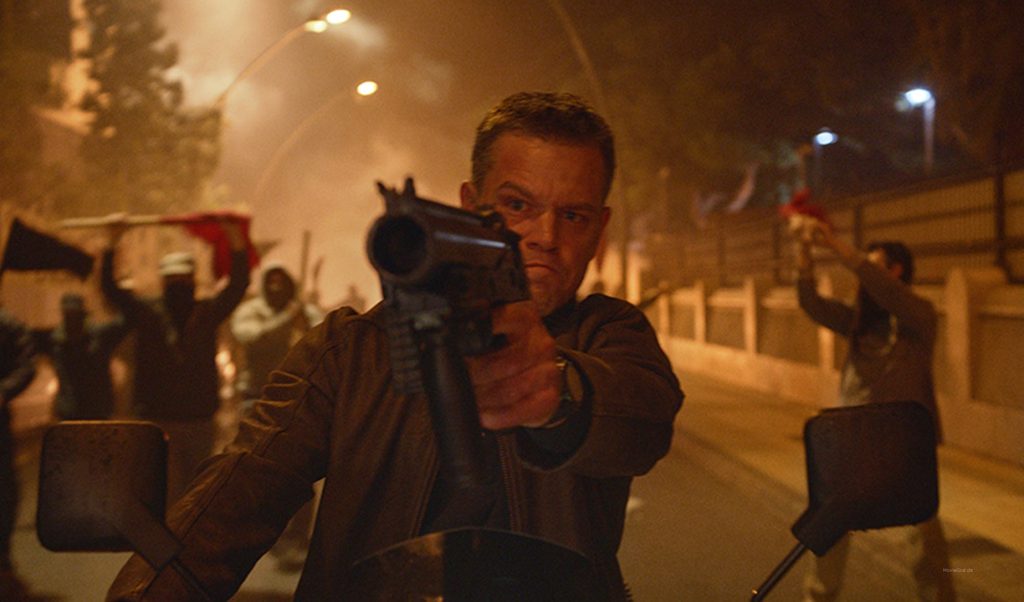 Some characters, franchises, and stories are better left alone once they reach a satisfying end. It doesn’t matter whether you want to see them again. What matters is whether their arcs come to a close. Think Calvin and Hobbes, Harry Potter, or just about any manga you followed at one point – they’re done, and that should be that. For better or for worse, Hollywood makes a living out of continuing intellectual properties from where they arguably should have ended, and the results can be a mixed bag. For every success such as Creed, Finding Dory, or Mad Max: Fury Road, there are a handful of clunkers like The Hangover Part II, Independence Day: Resurgence, and Terminator Genisys. Jason Bourne now joins the latter group, as this manufactured cash grab is unable to provide a compelling reason for its eponymous hero to return to the big screen. 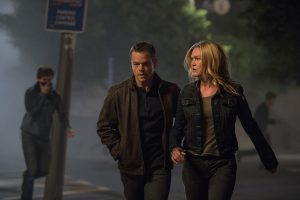 Saddled with a story that goes through the motions and nothing more, Jason Bourne hardly ventures into compelling territory. Making another sequel featuring Bourne (Matt Damon) is incredibly tricky because his arc ended in 2007’s trilogy-capping The Bourne Ultimatum. For him to come back into the fray, he needs a strong reason to, and here, he’s back to find out information regarding his father Richard (Gregg Henry), which is prompted by the death of another character. The nature of how it plays out feels artificial, and it’s honestly just an excuse to showcase him in a film again. What’s more, it’s not compelling because Bourne already knows the circumstances of his identity and past, and yet he’s searching for a mere fragment of it. Writer-director Paul Greengrass and co-writer/editor Christopher Rouse are essentially recycling familiar material, and as a result, Bourne reverts to a character that we know from three films instead of being an evolved one. It doesn’t help that the plot follows the general formula of the first three Bourne films (I haven’t seen The Bourne Legacy), which wouldn’t be bad if the story was compelling, but since it’s really not, it comes across as lazy. The filmmakers are cherry-picking elements that worked in previous films and attempt to cobble something together that turns out to be a mess. They also bring the privacy vs. security debate into the realm of social media by inserting a plot point that involves ties between the CIA and social media enterprise Deep Dream, but not only does the film not have anything interesting to say on the matter, Bourne doesn’t even factor into that. If this is the best Bourne story that the filmmakers could come up with, then the character shouldn’t have bothered resurfacing. 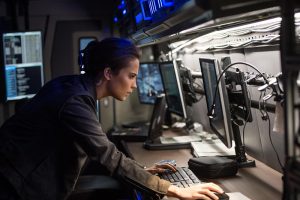 The film isn’t driven so much by the characters as it is by the action, and the performances tend to reflect that. It’s cool to see Damon in the titular role again, but here, he’s working with a character who’s more machine than man. He undoubtedly delivers an impressive physical performance, but it’s admittedly difficult to sense Bourne’s humanity. There’s definitely one compelling character in the midst of this jumble, and that’s Heather Lee (Alicia Vikander), the head of the CIA’s Cyber Ops divison. She’s smartly written, as her decisions to aid both Bourne and the CIA keeps us guessing just whose side she’s on. Vikander combines authority and intelligence with finesse, and the proceedings lift whenever she’s onscreen. CIA director Robert Dewey is rarely anything but grumpy and sardonic, and Tommy Lee Jones effortlessly slips into the role. Playing the CIA hitman only referred to as “the Asset,” Vincent Cassel gets to show off his physical range as an actor, but his character is generic and leaves him little room to make an impression. Riz Ahmed and Julia Styles feature in the cast as Deep Dream CEO/founder Aaron Kalloor and former CIA analyst Nicky Parsons, but the story doesn’t allow them to breathe, so they just come and go as the filmmakers please. 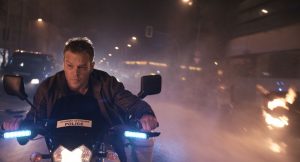 Unsurprisingly, the film springs to life whenever the action sequences come into play. Whether they be car chases, fist fights, or shootouts, these setpieces are incredibly choreographed and always thrill, with chase scenes through a rioting Athens square and a buzzing Las Vegas Strip being the obvious highlights. Greengrass’ natural ability to stage action, Barry Ackroyd’s fluid and sweeping cinematography, Rouse’s sharp editing, and crisp sound design and mixing all come together to compose confident, heart-pounding action. Even the use of shaky cam, long criticized in previous Bourne films, has thankfully improved since it isn’t as extensive.

What’s disappointing about Jason Bourne is that it never convincingly justifies bringing the title character back, making it forgettable and – sadly – pointless as a whole. At best, it’s modestly entertaining, and at worst, it’s disheveled. Considering that it’s quite possible for Bourne to return again after this, one can certainly hope that the filmmakers decide to leave the character’s history behind for good so that he can have other reasons for tackling whatever new dangers threaten him and his world.