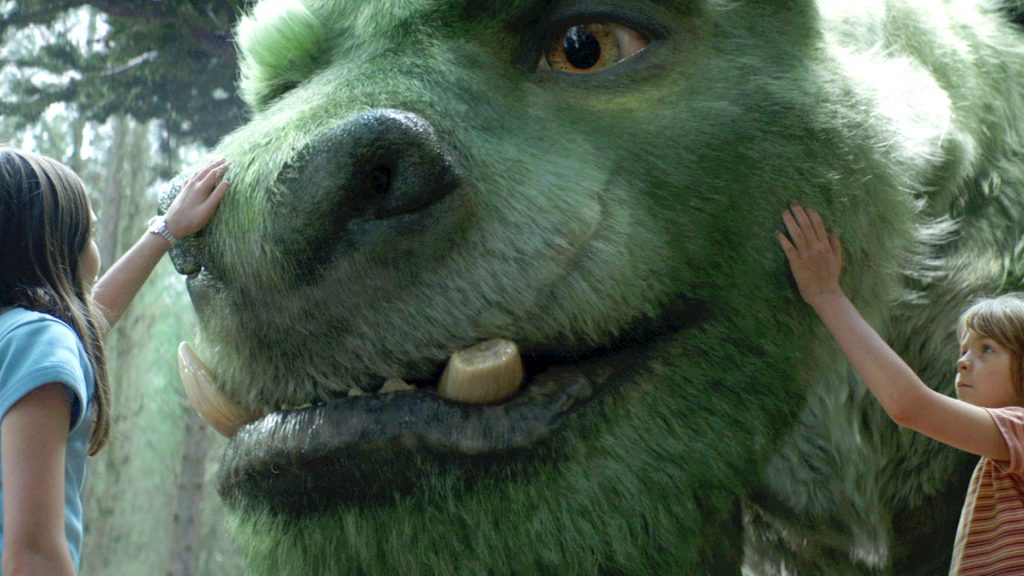 Disney is merrily developing remakes of – as well as sequels to – its own films, and it shows no signs of stopping anytime soon. Given the tendency to decry the lack of originality in modern Hollywood blockbusters, one could expect a wave of groans and grumbles to greet this news, but if you ask me, audiences (as well as myself) generally seem to be fine with it so long as the movies are good. Pete’s Dragon – a remake of the 1977 film of the same name – is one of these, and it delightfully soars. 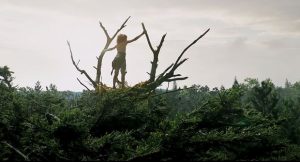 It’s clear from the get-go that director and co-writer David Lowery (Ain’t Them Bodies Saints) has a very specific vision for his film, and it plays out quite confidently and wonderfully. Pete’s Dragon is a very controlled picture, and its gentle tone remains remarkably consistent throughout. The plot (I haven’t seen the original film, so I can’t determine how different this is from it) is admittedly conventional and drags a bit at the beginning, but Lowery – along with co-writer Toby Halbrooks – imbues it with such tenderness that it feels not only personal, but almost timeless. To compare his touch with Steven Spielberg’s is warranted, as we take in this lively and lovingly crafted world through the eyes and soul of the young orphan Pete (Oakes Fegley), who often reacts with an irresistible wonder that can only come from an innocent child. 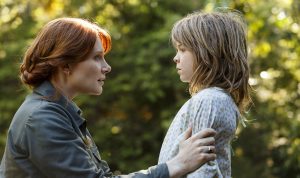 The film is full of heart, which derives from the characters and their relationships. The friendship between Pete and the dragon Elliott is nothing short of beautiful, and Fegley’s moving performance goes a long way in making it believable. That relationship is the film’s emotional crux, and the filmmakers underpin it by having plenty of scenes that showcase the two interacting with each other, which explains – with little spoken words – why they share such a close bond. Another joyful pairing here is Pete and Natalie (Oona Laurence), the daughter of local lumber mill owner Jack (Wes Bentley) and soon-to-be-stepdaughter to forest ranger Grace (Bryce Dallas Howard). These two child performers boast a wonderful chemistry, and they effortlessly bring out the curiosity and joy from one another. The relationship between Pete and Grace is another one that’s great to watch unfold, as their personalities come head to head in a nurturing way. Howard and Robert Redford – who plays Grace’s father, Mr. Meacham – find themselves at home with the film’s gentleness, and they both turn in assured performances. Family is a running theme in the film, and it involves every significant character, including sort-of-antagonist Gavin (Karl Urban), Jack’s brother. The film is careful not to make Gavin an outright villain (if anything, he’s misguided) by touching upon his relationship with Jack, but that brotherhood needs to be fleshed out more to really make him sympathetic. 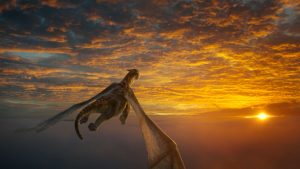 With a moving story and a terrific cast in his hands, Lowery ensures that his film is engaging and tangible even on a technical level. Elliott’s design is certainly unusual when compared to other cinematic dragons in that he has fur instead of scales, but it works since he acts very doglike. He’s a stunning creation by Weta Digital; his fur is beautifully rendered, he conveys so much emotion with his expressions and seemingly insignificant movements, and he feels like a natural part of the environment he’s in. Bojan Bazelli’s photography sweeps us through (and over) lush forests and intimately leads us into homes that burst with the town’s culture and the family’s history – evidence of Jade Healy’s excellent production design. Even the soundtrack, consisting of an original score by composer Daniel Hart and a variety of folk songs, bring much life and personality into this world.

More than the sum of its parts, Pete’s Dragon is a storytelling feat. It has the soul of an independent film within the bounds of a traditional studio feature, and it proves to be an absolute wonder. May Disney’s many upcoming remakes tread the same filmmaking path.