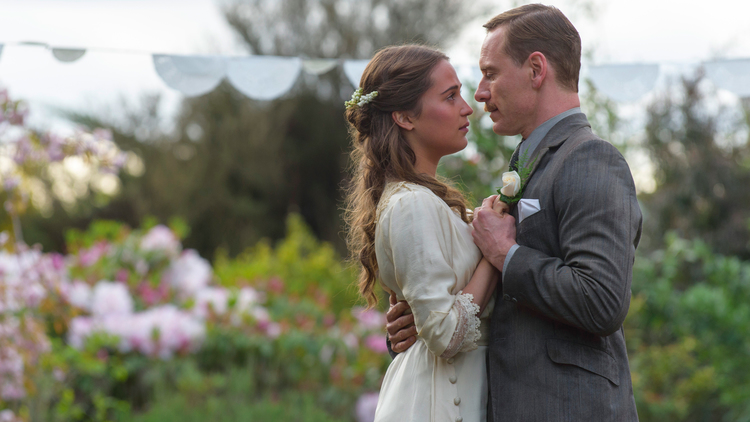 The key to good melodrama lies in balance. As compelling as the subject matter can be, if you pile sentimentality upon sentimentality without interspersing them with scenes of calm, then you merely have a collection of moments. Without those scenes, the story cannot breathe, and the moments don’t feel earned. Filmmaker Derek Cianfrance – who helmed Blue Valentine and The Place Beyond the Pines – is no stranger to melodrama and knows how to handle such material, so it’s quite puzzling how his latest feature, The Light Between Oceans, suffocates with its sentimentality. 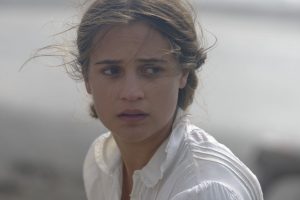 An adaptation of M.L. Stedman’s novel of the same name, the film starts with a quiet confidence before eventually overstuffing itself. The pacing is deliberately slow in the first act, and for much of it, Tom (Michael Fassbender) is a rather dull and stiff fellow. However, Cianfrance steadily yet surely peels back the character’s passive exterior to reveal that he is a man deeply affected by what he saw during World War I and has lost his way. Once Isabel (Alicia Vikander) enters the proceedings, the story picks up, mirroring Tom’s life turning around. The following scenes of married life prove to be engaging, full of tenderness and warmth. From there, though, Cianfrance slathers sentimentality in heaps right until the end. While there are a few devastating moments that ring true, the film doesn’t afford many chances for us to take it all in. As a result, waves of angst roll in too frequently, which inadvertently distance us from the characters and their situation. It doesn’t help that scenes featuring Isabel, Tom, and adopted daughter Lucy (Florence Clery) – all three of whom the plot revolves around – are shown primarily in montages and vignettes instead of a series of extended sequences, as we don’t get to emotionally invest in their parent-child relationships as well as we should. 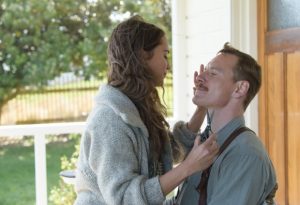 It falls upon the performances to sell the melodrama, and they just about do it, though the task is too much. Fassbender generally maintains a stoic image for most of the picture, and while he does open up, he would arguably be more effective had more opportunities to show Tom’s gentle side come his way. Vikander puts on a performance that’s not dissimilar to her work in last year’s The Danish Girl, though her emotions here are cranked to a greater degree. She may not be subtle, but given how her character is written, she does solid work here, particularly at communicating grief through expressions more so than words. These two share an affable chemistry, and it’s largely due to them that the film works well in the first half. The ever-talented Rachel Weisz is present, but she doesn’t have much to work with besides expressing disapproval and grief, meaning she’s stuck with a flat character. 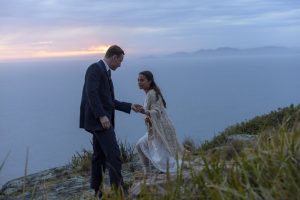 This is surely a breathtaking film to look at and listen to. Since it takes its time to follow Tom as he adjusts to his newfound post-war environment, it really gets to focus on his life on the island of Janus Rock, and it feels as though we’ve been transported there. Cinematographer Adam Arkapaw’s idyllic images capture the beauty of the island, from marine life found in tide pools to the setting sun over the waters, and not once does it seem like Janus Rock is small, regardless of how long the characters have lived there. The sounds of crashing waves and blustering winds fit this world perhaps too well in that they can overwhelm dialogue, and Alexandre Desplat’s score hits the film’s emotional notes with ease.

The Light Between Oceans is no doubt a handsome production featuring a talented cast, but Cianfrance’s handling of the material – particularly in the second half and on – render it a forgettable affair. A compelling story is reduced to an experience that drains not only emotion, but also empathy and patience.