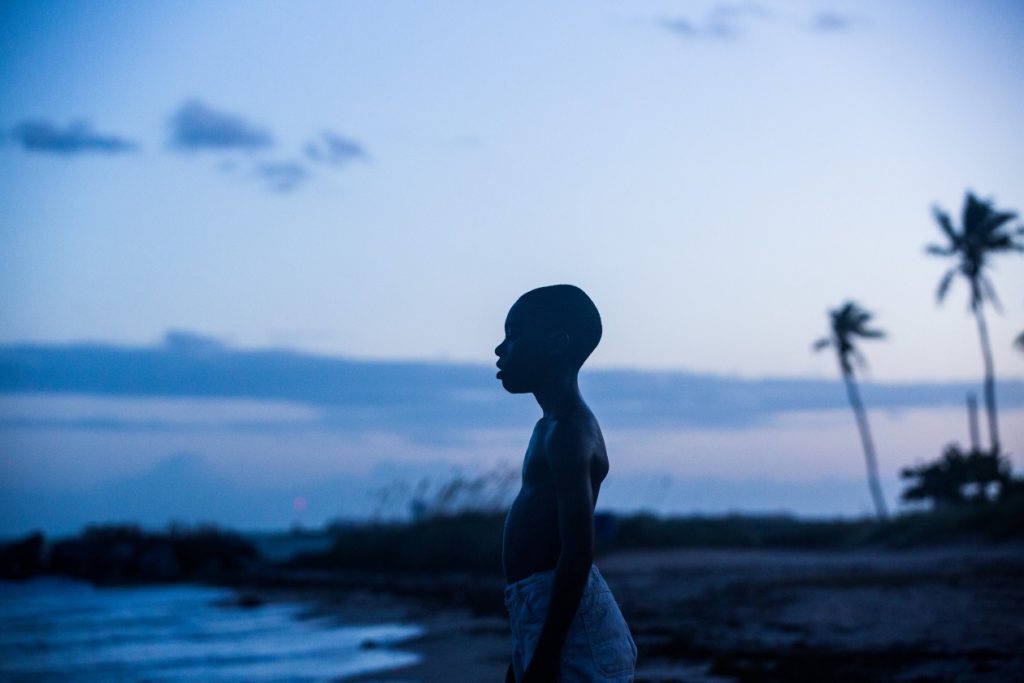 Every film is an expression or story meant to be shared. It is, after all, a product from a group of creators, whose education, philosophies, and values have shaped them over the course of their work and their lives, and those become a part of the film’s identity. A film is a reflection of human experiences, and it can take many forms, from the CG-heavy action flick and eye-opening documentary to the rapid-fire comedy and the sappy romance. Then there are films that transcend their forms, that still operate as escapes from reality yet reveal the humanity within. These are the films that make us forget we’re watching moving images and instead lead us to believe that we are hearing the very voices of the creators and witnessing human lives unfold. Such is Barry Jenkins’ Moonlight, a gentle and soulful masterpiece that is as extraordinary as it is deeply and utterly human. 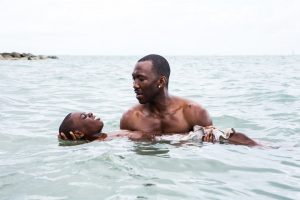 Based on Tarell Alvin McCraney’s play In Moonlight Black Boys Look Blue, the film is a triptych, with each act covering a stage in the life of Chiron, a gay black man growing up in South Florida. In the first act, he is a young boy dubbed “Little” (Alex Hibbert), who finds a father figure in local drug dealer Juan (Mahershala Ali). In the second act, Chiron (Ashton Sanders), now a teenager, is frequently bullied at school and also emotionally abused at home by his crack-addicted mother Paula (Naomie Harris). In the final act, he is “Black” (Trevante Rhodes), a hardened adult who is perturbed by a late night call from a person from his past whom he hasn’t seen or heard from in many, many years. 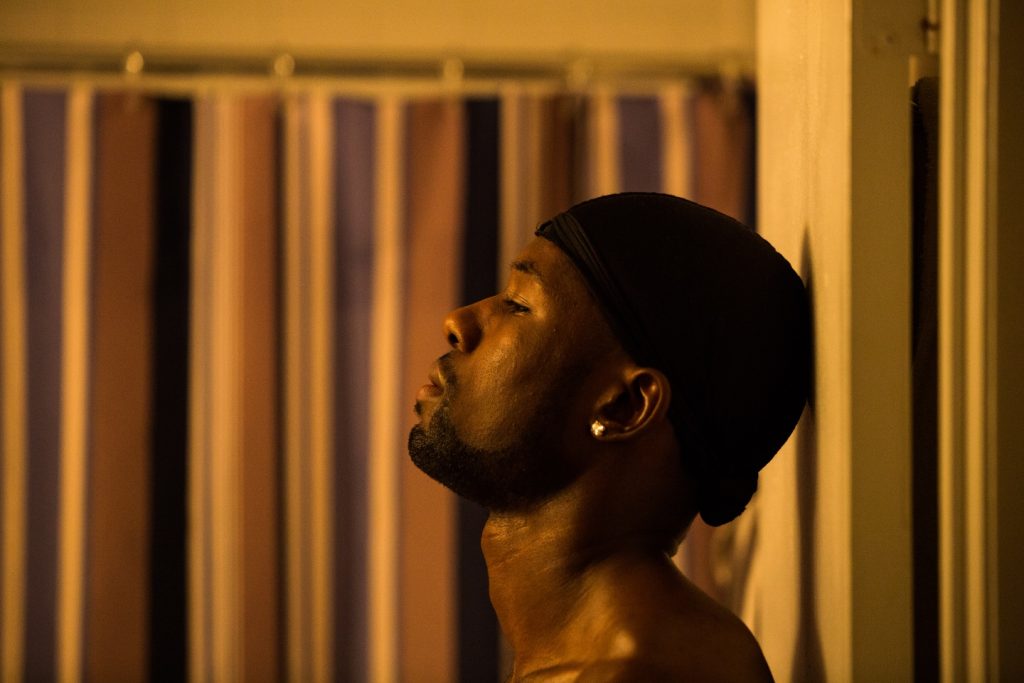 To call Moonlight a coming-of-age story is apt, but to simply leave it at that without discussing its depth is a disservice to the film. When hearing the term “coming-of-age,” I tend to associate it with tales featuring a psychological or moral growth or a transition from youth to adulthood. While the film is certainly about Chiron’s growth over the years, there’s an undercurrent running through the entire picture that should be addressed. I’d argue that the film is essentially about coming to terms with reality, which is an element of a coming-of-age story, but here, it applies to many characters, including those who are already adults like Juan and Paula. Jenkins understands the weight that this choice can carry, and he imparts the characters’ emotions and realizations (guilt is a strong one here) that stem from that choice with such grace and poignancy. What makes this achievement that much spectacular is how he prefers to communicate them through body language over dialogue, indicating how much he respects and trusts his audience to connect the dots.

I can’t emphasize enough how much of a humanist piece the film is. Jenkins treats his characters not as vessels for actions and ideas, but humans. As humans, they have sensitivities and vulnerabilities, and not only does the filmmaker respect them, he’s also incredibly gentle when handling them. It says a lot when I have empathy for all the characters on screen, including the children who harass “Little” as well as the bully Terrel (Patrick Decile) in the second act. Their actions are undoubtedly abhorrent, but because of the way that Jenkins treats his characters, I’m led to consider and wonder what drives them to do such things, even though the film doesn’t delve into that. Jenkins’ tendency to restrain himself during the story’s significant moments is a testament to how much we empathize with the characters; their actions may not be shown in full, but the emotions being communicated are always crystal-clear because we get to know them so well. 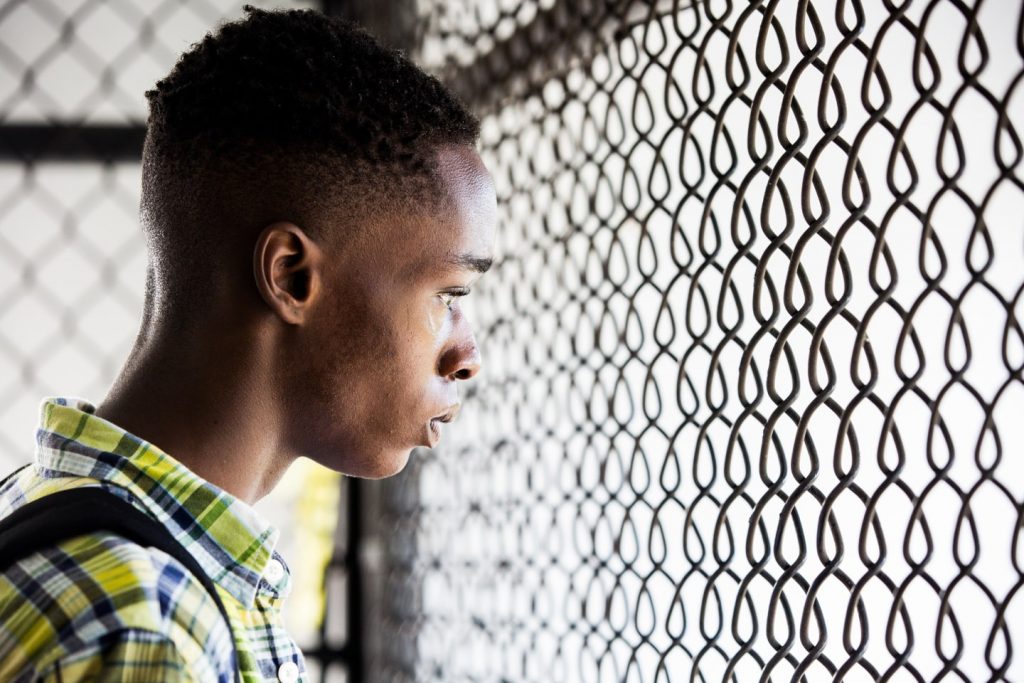 With Moonlight, Jenkins has crafted a thematically rich film. There are several themes at play here, and each is fleshed out beautifully. Identity is obviously a major one, and it’s clear from the way that Chiron’s develops that it derives heavily from relationships, despite Juan’s words to him as a child that he needs to decide for himself who he’s going to be and that he should let nobody make that decision. Circumstances and race are factors in identity as well, and over the course of the story, we see (taking note of visual cues adds to the experience) just how they shape Chiron by the time he is “Black” in the third act. Another powerful theme is masculinity and the destructive power it can wield. For both Chiron and his friend Kevin (Jaden Piner in the first act, Jharrel Jerome in the second), it means to constantly prove their worth under the threat of physical harm or ostracization, which is made all the more chilling by the fact that Chiron is gay. Jenkins illustrates this effectively, from a sweeping point-of-view shot from Chiron’s perspective as he takes in the challenging and oft-condescending looks from his peers to a scene where the boys compare their penises.

The film is chock-full of powerful and subtle performances. The heartbreaking Hibbert boasts a maturity beyond his age, as seen by his ability to hold his own against the more proven cast members. Given the teenage Chiron’s soft-spoken demeanor, Sanders puts facial expression and body language to tremendous use, and it’s amazing how much he can communicate with just a single look. Initially, it’s hard to accept that Rhodes is playing the adult Chiron due to his massive frame (Hibbert and Sanders are very lean in comparison), but once I got over his physicality, I found that he’s definitely the most exciting to watch since he combines the younger Chirons’ mannerisms with a bolder attitude. As funny as Piner is as the child Kevin, and as much as Jerome nails the blustering teenage Kevin, André Holland is the best Kevin, who is irresistibly charming yet full of melancholy as an adult. Harris is a real show-stopper, balancing maternal affection with drug-addled rage in the first two acts before emanating raw regret in the finale. Though Juan only shows up in the first third of the film, Ali knocks the role of the park with his charisma, and his influence is keenly felt across the whole picture. As Juan’s girlfriend Teresa, Janelle Monáe is absolutely winsome with her easygoing nature and kind disposition. 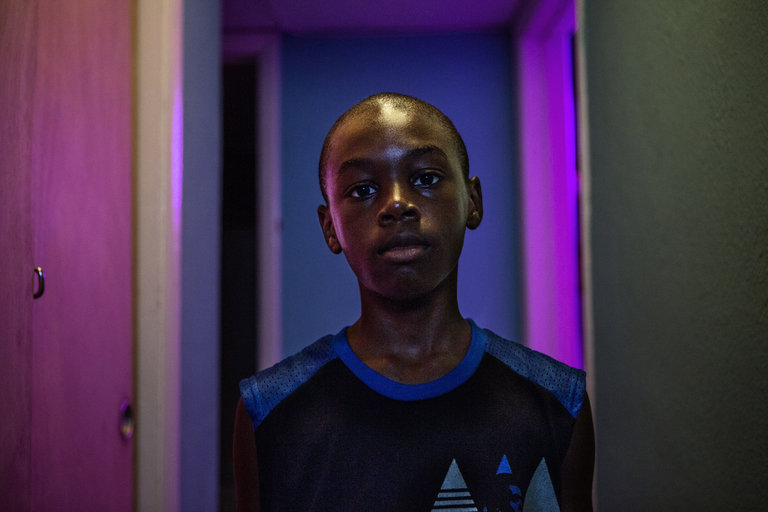 Jenkins’ terrific work extends to how he transports us into the film’s world. The camerawork by cinematographer James Laxton illuminates Chiron’s growth by becoming steadier and steadier across each act. The first act arguably contains his best work, as he really gets us into the mind of “Little” through the use of shaky cam and tight close-up shots. The combination of shooting locations and Hannah Beachler’s production design bear a familiarity and personal touch, whether it be the darkened Florida beach and the broken-down residence of a crack addict or the dilapidated walls of Chiron’s home and the warm Cuban diner. The soundtrack, consisting of Nicholas Britell’s haunting original score and a few already existing works by artists such as Wolfgang Amadeus Mozart and Barbara Lewis, synchronizes perfectly with the characters’ emotions.

Moonlight asks us to consider not just what a human life entails, but also what shapes the identity at the heart of it. Though Chiron, being black and gay, is hardly a character we’re used to seeing on the big screen, Jenkins makes his experience – as well as those of Kevin, Paula, and Juan – near-universal through sheer empathy. This is more than just a film; it’s meant to be a reflexive experience for us. This is, without a doubt, a film for the ages, worthy of entering any pantheon of masterpieces.