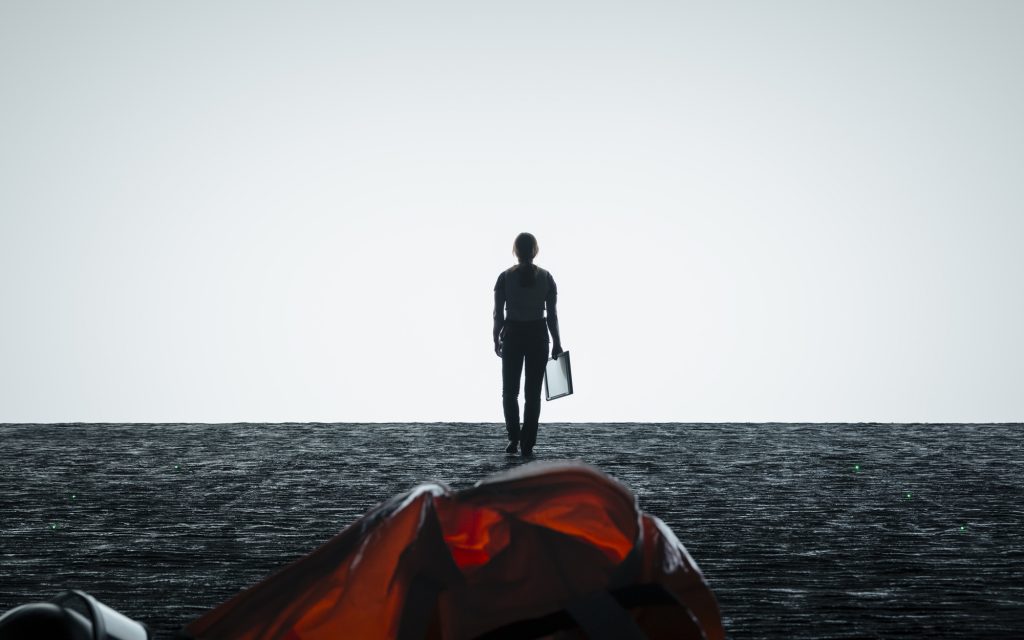 Say we made first contact with extraterrestrial life. How would we respond to them? How would we communicate if we chose to do that? What could we experience from communicating with them? The story of first contact is by no means a new one, but these days, it has become rather generic and stale when answering those very questions. Thank goodness, then, for Denis Villeneuve’s Arrival, which not only provides thought-provoking answers to those questions, but has those answers unfold in such a compelling and meditative manner. 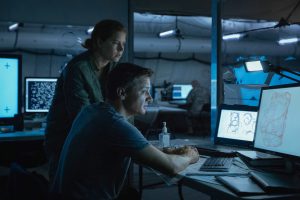 Based on Ted Chiang’s short story “Story of Your Life” (which I’ve yet to read), Eric Heisserer’s script is as intelligent as it is patient. The story takes its time focusing on linguist Dr. Louise Banks (Amy Adams) attempting to communicate with the extraterrestrials, and it’s simply engrossing, as it confidently reveals how language and interpretation differs by culture and nation, and how those in turn influence perception and action, which can result in either cooperation or xenophobia. There’s a great complexity to all this, and as the characters tackle it, we come to realizations at the same time as they do, making for an immersive and intellectually stimulating affair. The film makes a rather jarring storytelling choice in the second act involving a minor character who commits a cataclysmic act, and it also relies on some exposition to move forward, but they serve to propel us into the second half, where the payoff for this creeping build lies in wait. Needless to say, it turns the story on its head in such an incredible way, and it’s proof of fantastic, smart storytelling. I won’t go any further since the story is better experienced than told, but what I can add is that the film earns its moments and rewards us greatly for the attention and time we put into it. 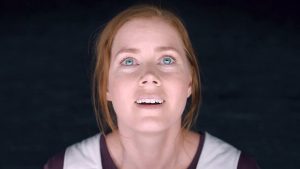 A film as complex as this needs a strong emotional foothold, and it has just that in Dr. Banks, played by a magnificent Adams. The story handles her with such grace, gently reminding us of her humanity and making us want her to take initiative and be proven right in a world that’s more fearful than it is inquisitive. The character’s curiosity and empathy drive the film, and it’s because we’re so emotionally invested in her that the film eventually becomes an introspective examination and exploration of the human experience. As good as her co-stars Jeremy Renner, Forest Whitaker, and Michael Stuhlbarg are, this is the Amy Adams show, and to say that she knocks it out of the park is an understatement. Her independent spirit and maternal presence feel instinctive and natural, and her performance is all in her eyes and body language, which goes to show the actress’ mastery of subtlety.

There’s exquisite filmmaking craft on display here, and it elevates the story, transforming it into pure experience. Villeneuve is a master of atmosphere and tone, and his strong sense of visual storytelling allows him to get stunning mileage out of an ominous mood. Joe Walker’s editing work allows the story to unfold the way it does, and once the film ends, we can sense his glee at playing with our expectations. Bradford Young’s breathtaking cinematography evokes feelings of apprehension and awe, and the way he captures and frames his subjects effortlessly impart the characters’ feelings, whether it be warm joy or cold loneliness. Also playing a key role is Jóhann Jóhannsson’s harmonious and haunting score, which uses plenty of vocal music to underline the film’s theme of language.

Armed with an emotional and riveting story as well as splendid technique, Arrival is intelligent science fiction that deservedly demands repeat viewings. It’s a film that respects its audience and seeks to deliver a memorable and unique experience. It does just that and then more.