It’s not a bad time to be a Harry Potter fan. Nine years have passed since J.K. Rowling’s fantasy novels came to an end, though it’d be five if you followed the film adaptations. Since then, fans have had to fulfill their Potter fix through Pottermore or the supplementary books and e-books. This no longer has to be the case, as 2016 has brought forth the eighth Potter story (albeit as a stage play) in Harry Potter and the Cursed Child as well as a film adaptation of Fantastic Beasts and Where to Find Them, the first in a spin-off series written by Rowling herself. The latter certainly captures and espouses the Potter spirit, even though its story does stumble along. 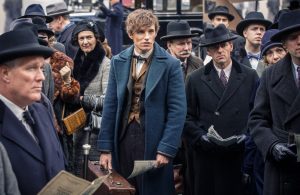 Briton Newt Scamander (Eddie Redmayne) arrives in 1926 New York City for a brief stop, carrying with him a suitcase full of magical creatures. He gets involved in a mix-up with Jacob (Dan Fogler), an aspiring baker and No-Maj (the American term for Muggle), resulting in the two accidentally taking each other’s suitcase. A few creatures escape and run amok in the city, and Newt’s actions attract the attention of ex-Auror Tina Goldstein (Katherine Waterston), who believes that apprehending him and capturing his beasts will bring her back into the good graces of the Magical Congress of the United States (MACUSA). The creatures’ escape couldn’t have come at a worse time, as MACUSA is dealing with a dark force – which Auror Percival Graves (Colin Farrell) investigates, along with a troubled orphan named Credence (Ezra Miller) – that could force the wizarding and No-Maj communities into war. 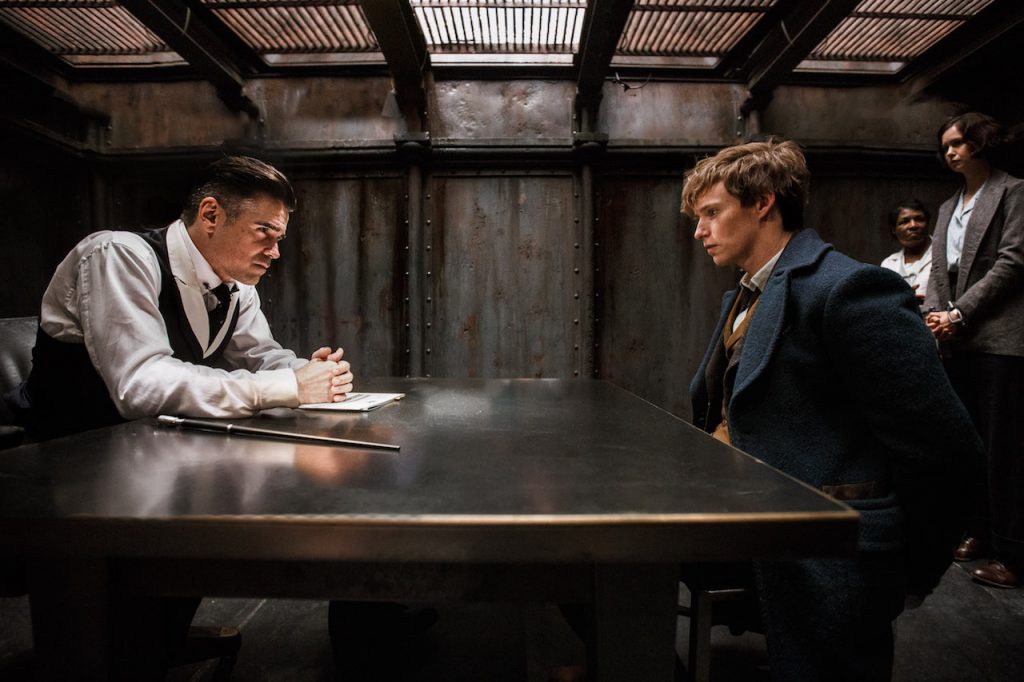 Full disclosure: I am an unabashed Potter fan – to an extent. Rowling’s novels came at a time when I was beginning to read voraciously, and reading about Harry’s adventures not only did wonders for my imagination, but also inspired me to read more. The fact that I was growing up with those characters made the experience all the more meaningful, as did the realization later on that I was witnessing the development of a writer (compare Rowling’s writing in the first book with her last – it’s profound how much she improved). However, my affection for Potter covers only the novels. I saw the first three film adaptations and stopped after that because I found myself nit-picking too much (case in point: the Firebolt design in Prisoner of Azkaban was the straw that broke the camel’s back). I haven’t read any of the supplementary Potter books – including Fantastic Beasts and Where to Find Them – because I don’t feel compelled to do so. I did read the rehearsal script for Cursed Child and thought it was extraneous and mediocre, though I’ve heard that actually seeing the play makes a huge difference. All in all, you can say that I hold the world of Potter very dearly, and I looked forward to watching this film without having a true source material to constantly compare it with.

I imagine that what excites fans the most about Fantastic Beasts is how it invites them into a new dimension of the wizarding world, and Rowling – who wrote the film’s script – delivers in that regard. The Potter books generally keep the proceedings in the United Kingdom, though they do give some inklings as to what was going on in the rest of the world. The film’s source material is essentially a textbook, and Rowling breathlessly expands it, showcasing a plot with a group of characters that takes place in the United States. Needless to say, seeing a magical community on this side of the world is a joy, and it brings back the excitement and wonder that I felt when reading the books. There are some familiar names, objects, and terms being bandied about, but Rowling frames them all with a new time period and country, which brings with it a new history and rules. Though it’s never stated outright in the film, it’s clear that the Salem witch trials shaped the magical community in America, and Rowling provides plenty of signs in regard to that. This is also a time when contact, much less a relationship, between those with magic and No-Majs is discouraged, so watching how that affects the characters is fascinating and fun. Indeed, just as the Potter books felt distinctly British, Fantastic Beasts feels distinctly American. 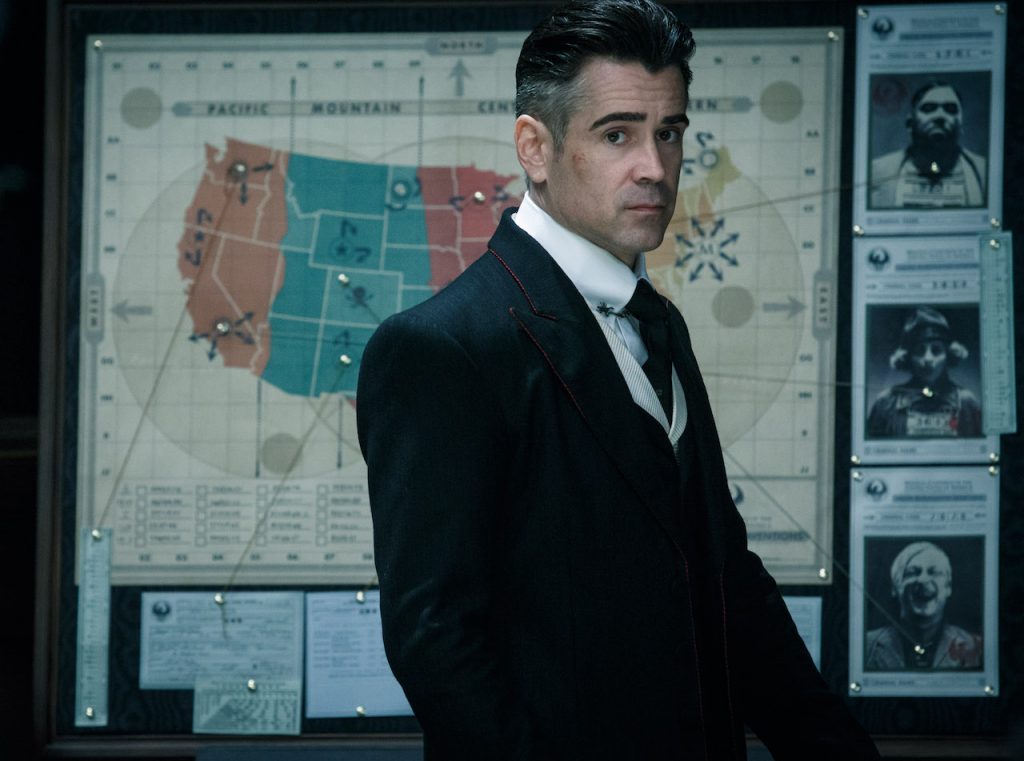 This marks Rowling’s first foray into screenwriting, and it shows. That’s not to say that her script is terrible, but it’s clear that this is a new form of storytelling for her, and she does stumble quite a bit. She makes use of generic screenwriting tropes, such as newspaper headlines in the beginning that blare what’s going on in the wizarding world. She also has some trouble balancing all the plotlines, specifically Newt, Jacob, and Tina’s attempts to capture his creatures with the dark force that plagues both the No-Mag and magical communities. The former unfolds in a lighthearted manner, and the latter is meant to bring a sobering dramatic weight to the story, indicating a tonal balance at play that Rowling struggles to maintain; the race to put all the creatures back in Newt’s suitcase overstays its welcome since it gets old rather quickly, making me want the film to return to Credence and Graves. Furthermore, character motivations and reveals are rushed as well, and Rowling sometimes relies on quick exposition to move the story along. That said, the film has pacing issues, and editor Mark Day has to share the blame for those. Rowling also depends a lot on convenience to address the problems that arise from the proceedings, and a bunch of her storytelling decisions feel cheap, easy ways out. 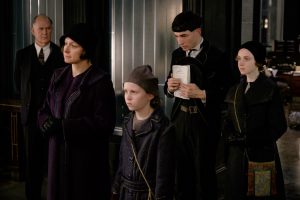 Rowling is well known for building themes across the Potter novels, and she has a juicy one here that plays out wonderfully. The suppression of magic isn’t new to the Potter world (see the Dursleys’ attempts to quash the magic out of Harry), but it takes a very dark turn here. As mentioned already, the magical community has cut itself off from the No-Majs, and it doesn’t help that the fanatical New Salem Philanthropic Society (NSPS), led by the cruel Mary Lou Barebone (Samantha Morton), seeks to destroy witches and witches. Credence, one of the few orphans under Mary Lou’s charge, seeks acceptance into the wizarding world, and his actions draw not just ire, but physical abuse from Mary Lou. His conditions have rendered him a submissive and vulnerable young man, and watching him suffer and wish for a better life is nothing short of heartbreaking. Indeed, the suppression of magic and the threats against it could very well be interpreted as a metaphor for homosexuality in the modern day, and it works very well since Rowling certainly drops a few hints – most manifested in Credence and Grave’s relationship – that support this connection. She’s also not afraid to dive into the ramifications of this suppression, and they prove to be quite devastating. 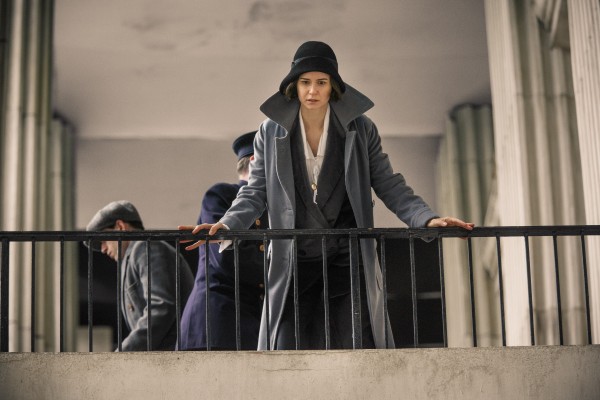 A new story, period, and place brings new characters, and for the most part, they’re great to be with. Funnily enough, Newt is arguably the least interesting character in the film. We don’t really get a sense of his history apart from a few (rushed) lines, so he is very much defined by his interactions with other characters and his creatures. Does that bode well, considering that he is slated to return for what will be four more Fantastic Beasts sequels? It would certainly help if he was a more compelling and dynamic character, especially if Rowling plans to use him to develop other characters and flesh out the world like she does with this film. Indeed, the other characters fare much better. Jacob, meant to be an audience surrogate, is certainly played for comic relief at times, but he is first and foremost an empathetic figure who has a superb arc that culminates in a very moving moment. Rowling has time and time again displayed a knack for writing terrific female characters, and the film certainly has one in Tina, as she boasts not only a well developed arc, but also agency that helps her make clear decisions borne from her and her alone. Despite her rather limited screentime, Tina’s sister Queenie (Alison Sudol) brings a free-spirited and memorable liveliness to the proceedings. Credence effectively grounds the story on an emotional level, and while I don’t necessarily like how Graves pans out, he’s definitely a fascinating character to watch. It’s safe to say that at least two or three characters will return in further installments, and so long as the writing gets better, they can be a joy to grow with, just like Harry, Ron, and Hermione. 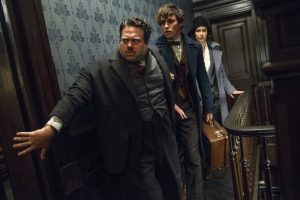 Director David Yates (who helmed the last four Potter films) has assembled a promising cast that suits the characters. Redmayne brings out Newt’s mischievousness and seeming shyness with ease, and he succeeds at making the character feel like a fish out of water in this new environment. Fogler naturally draws big laughs out of Jacob, yet what stands out about his performance is how convincing his slack-jawed awe and utter delight are upon encountering the wizarding world. Also, that one moving moment of his I mentioned earlier? He nails it. Waterston’s authoritative, no-nonsense edge serves her well when sharing scenes with the likes of Fogler, Redmayne, and Sudol, though she’s at her best when snippets from Tina’s past are revealed. Sudol herself understands that all of Queenie’s actions come from the heart, so her emotional honesty constantly comes through, making her one of the interesting characters onscreen. Mary Lou is one of the more despicable figures in Potter lore, and Morton’s presence alone effortlessly imparts the character’s coldness and impending cruelty. Miller is terrific as Credence, using body language and facial expressions to communicate the sheer emotional turbulence within. Farrell delivers a surprisingly multifaceted performance, demonstrating both predatory empathy and pent-up rage.

The film’s production values hold up well enough. The recreation of 1920s New York City can be stunning to behold, and while the number of magical locations is small (consisting of MACUSA headquarters, the interior of Newt’s luggage, the Goldstein home, and a bar) compared to that of the Potter novels, they boast plenty of history and personality, all thanks to production designers Stuart Craig and James Hambidge. What’s most striking on a visual level are the marvelous and stylish costumes by Colleen Atwood, particularly the coats worn by Graves and Newt. The action choreography can be quite limited; cinematographer Philippe Rousselot’s tendency to move the camera around can result in blurriness, and the duels look uninspired save for one – which isn’t helped by the one-note, blue-white color for what looks like all curses and hexes. The visual effects work can be a mixed bag, too; the colorful creatures burst with energy in both look and movement, while the same can’t be said for generic sequences of destruction. James Newton Howard’s score, while serviceable, doesn’t settle in the mind. 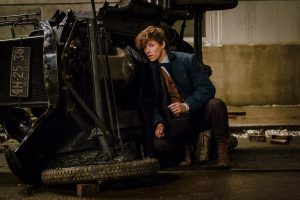 Despite the clear issues arising from Rowling’s script, Fantastic Beasts and Where to Find Them is a decidedly welcome return to the wizarding world that bears plenty of potential. The new characters are enjoyable, and as their future adventures take them to other countries that comprise the wizarding world, fans can’t be faulted for thinking that the future looks bright for this series. Count me as one of those fans – just don’t feature shitty broomstick designs.