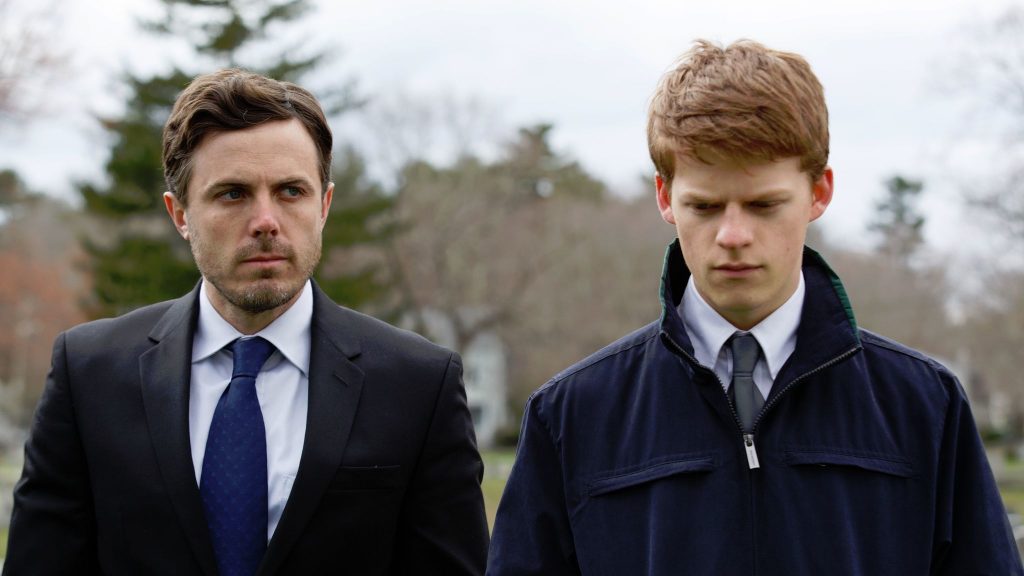 A film like Manchester by the Sea goes to show that you don’t need a large canvas to paint a masterpiece. There’s no doubt that writer-director Kenneth Lonergan has assembled a gifted cast and crew, but what sets his third directorial feature apart is how he orchestrates all the pieces to make his story and vision a reality. And what a picture it is, stripping bare the depths of the human heart with honesty and patience. 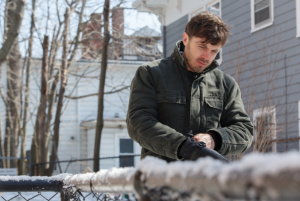 Lonergan is a wonderful storyteller, and every aspect of the film is under his complete control. The narrative, which follows handyman Lee (Casey Affleck) as he settles back in his hometown following the death of his older brother Joe (Kyle Chandler), is interspersed with sudden flashbacks revealing a past that eventually caused Lee to leave in the first place. These snippets, expertly edited by Jennifer Lame such that they act as a flood of memories rushing back, disclose more personable facets of the sullen and withdrawn Lee. This not only creates an intriguing mystery that draws us in, but also invites us to emotionally invest in this broken man. Lonergan, who wants to remind us that these characters are ordinary people, includes random moments of them going through meaningless motions, and from those, we get a sense of not just their daily lives in Manchester-by-the-Sea, but also the world moving on despite what they go through. As cinematographer Jody Lee Lipes consistently frames the characters against the backdrop of this seaside town, he imparts an intimate sense of a community where everyone knows one another, making us share in Lee’s discomfort. When Lonergan brings these characters together, the crackerjack dialogue stands out; multiple people speak at once, and if they don’t pause out of courtesy, they talk over each other hurriedly and loudly. Throw in the awkward, uncomfortable silences, and it all feels utterly realistic. Indeed, Lonergan has created a grounded world, and from it his operatic tale – enhanced by Lesley Barber’s gentle score and select excerpts from George Frideric Handel’s Messiah – unfolds. 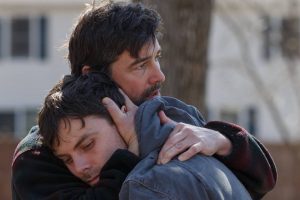 The film delicately explores how people deal with grief and guilt, and in doing so, Lonergan achieves a striking balance between comedy and tragedy. Lee isn’t the only one grieving; his nephew Patrick (Lucas Hedges) comes to terms with his father’s death, and we can certainly sense that the whole town feels Joe’s passing. Some break down, some hold it in, and for others, the ramifications and weight of this new reality haven’t hit them yet. Then there is the matter of guilt, and over the course of the film, Lonergan peels back the layers of his characters to show that the choices they made in the past can be too much to bear in the present. Needless to say, this is an emotionally devastating film; when people crack, they end up shattering, and we feel every ounce of their pain. Lonergan may be using humor to ensure that we the audience are not constantly overwhelmed, but he also seems to believe that it intertwines with grief, perhaps works in spite of it, helps put the pieces back together, yet ultimately may not completely heal the pain. That said, the film is as funny as it is heartbreaking, and the comedic moments land naturally, whether they be in the form of banter, sarcasm, or slapstick. They also add a dynamism to the relationships on screen, particularly that between Lee and Patrick, beckoning us to empathize with them even further. 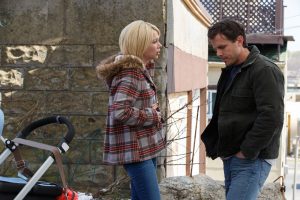 Boasting a cast capable of landing emotional punches with subtlety, the film ensures that its characters effortlessly come to life. This is, without a doubt, a career-best performance from Affleck. Lee is a somber character who holds his emotions in, and the actor aptly takes a disciplined, restrained approach, letting his eyes and body language speak for him. When he does speak, his careful words and stammers indicate an unwillingness to betray his true emotions. Considering that the present Lee is a far cry from the upbeat man we initially see in the flashbacks, it really is a multifaceted role, and Affleck nails every bit of it. Hedges proves to be quite the talent, providing some of the film’s funniest moments and holding his own against Affleck, with whom he shares an easygoing chemistry that blossoms beautifully. Though featured in a handful of scenes, Michelle Williams – playing Lee’s ex-wife Randi – owns them while bursting with emotional honesty. A scene where Lee and Randi have a conversation in the street will surely become one of the most memorable scenes of the year, and that’s due to the sheer rawness of Williams’ performance. Chandler encapsulates brotherly candor and love with grace in his few scenes. Gretchen Mol, who plays Joe’s ex-wife Elise, makes the most out of her limited screentime by being an effective flurry of emotions.

With Manchester by the Sea, Lonergan has crafted an evocative and timeless film that transcends the medium of the moving image. Moving and tender, it grips us by the heart and leads us across a vast emotional landscape that’s not dissimilar to the one in our own world. It will deservedly be remembered in the ages to come.