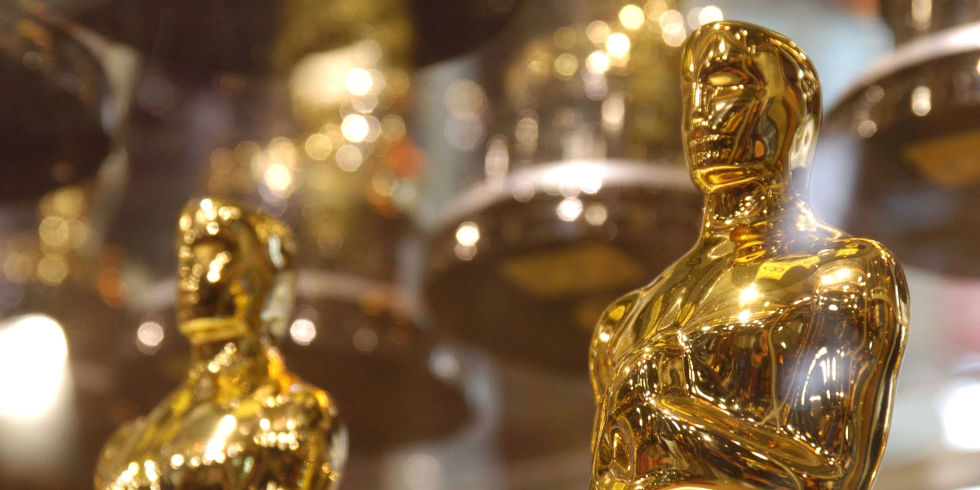 [UPDATE: 02/26/17, 11:15 p.m.: This year saw my worst prediction record for the Oscars, as I went 15/24 this year. The categories I got wrong were Picture, Actor in a Leading Role, Film Editing, Costume Design, Visual Effects, Sound Editing, Sound Mixing, Short Film (Live Action), Documentary (Short Subject). If I was younger, I’d be miffed with my latest result, but honestly, getting wrong results does make the ceremony more fun. Here’s to a better result next year!] 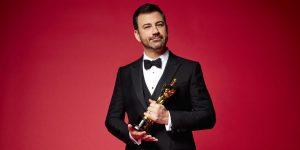 It’s that time of year. That’s right – the Oscars are in town. Some will describe it as the biggest annual celebration of cinema. Others will describe it as an overblown popularity contest in which good-looking rich people hand awards to other good-looking rich people. Both descriptions have weight to them. Still, no matter what you may think of the ceremony, it’s easy and fun to be swept up in it, especially when you’re predicting the winners as I have been for the past 10 years now.

For each category, my prediction is in red. I’m fairly confident in mine this year, though some categories (see Best Actor in a Leading Role) have proven to be absolute nail-biters.

I’ve placed asterisks (*) next to the categories (17/24) where I’ve seen all the nominated films. For those, I’ve listed the nominees in order of preference based on merit and merit alone (think of it as most deserving to least). For each of the categories with asterisks, I wrote a blurb (in blue) where I discuss which films I would have liked to see nominated and, from my new list of nominees, which one should take the award. That way, you get an idea of how I think the Oscars should go down. The nominees for the categories without asterisks are listed in alphabetical order (by last name or song title where applicable).

At the end of this post, you’ll see a comprehensive list of my preferred winners from the blurbs. I’ve put “n/a” for the categories where I haven’t seen all the nominees. 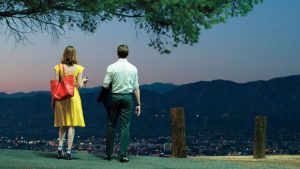 From the current crop of nominees, I would take out Arrival, Hidden Figures, Hell of High Water, Fences, Hacksaw Ridge, and Lion. I would replace them with the entries from my Top Films of 2016 list: Captain America: Civil War, The Wailing, Paterson, Everybody Wants Some!!, and The Lobster. While Manchester by the Sea is my favorite film from last year, I do believe that Moonlight should win – not only is it a timeless masterpiece, we may never see another film like it again, so why not award such a beautifully rendered and deserving film?

Out with Gibson and Villeneuve (I know, it’s a really tough decision), and in with the criminally snubbed Martin Scorsese for Silence and Na Hong-jin for his complete mastery of tone in The Wailing. From this new list, Jenkins still reigns supreme with the way he turns his characters into living human beings – an extraordinary achievement in art and empathy.

Best Actress in a Leading Role *

This category has been an embarrassment of riches over the past few years that it’s almost unfair there can only be five nominees. While removing Streep is an easy task, the same can’t be said for Negga – but there are more deserving performances to recognize. Coming in are the knockout Viola Davis for Fences (I know she’s a nominee for Actress in a Supporting Role, which is bullshit – it’s a lead role!) and the gentle Amy Adams for Arrival. It’s tough to pick a winner from this new bunch, but the choice is clear: it has to be Davis.

Best Actor in a Leading Role *

There’s a good deal of movement here, as Garfield, Gosling, and Mortensen make way for the hilariously deadpan Colin Farrell in The Lobster, the magnetic Michael Keaton for The Founder, and…Gosling for his crackling turn in The Nice Guys. Regardless of what you may think of Affleck, I still believe he hands down gave the best lead male performance in 2016. 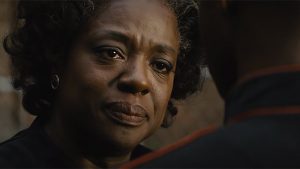 Best Actress in a Supporting Role *

Davis doesn’t belong in this category for reasons I stated earlier, and while Spencer is good in Hidden Figures, it can hardly be counted as one of the best in this category. Taking their places are Janelle Monáe for Hidden Figures and Greta Gerwig for 20th Century Women. Harris’ moving work just edges by her closest competitor (Williams) for the award.

Best Actor in a Supporting Role *

This is a solid set of nominees, but some changes need to be made. I would replace Bridges, Patel, and Shannon with the sly Issey Ogata for Silence, the intimidating John Goodman for 10 Cloverfield Lane, and the eerie Jun Kunimura for The Wailing. Despite the new additions, Ali’s performance can still be felt even when the actor isn’t onscreen in Moonlight – which alone is enough for him to claim the trophy as his own. 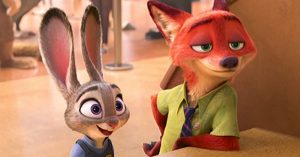 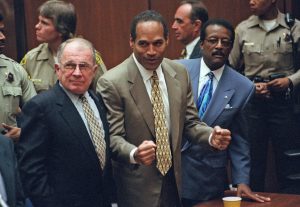 I would remove Hidden Figures, Fences, and Lion (the writing was easily the worst part of that film) and instead place the haunting Elle, the crackerjack Hunt for the Wilderpeople, and the highly efficient Silence in this list. As much as I think that Arrival features exceptional storytelling craft, the sheer emotional power of Moonlight just can’t be denied. 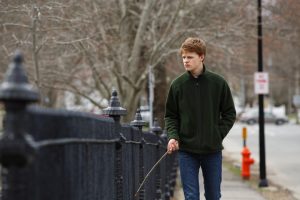 Three films that deserve to be among the nominees include the poetic Paterson, the effortlessly engaging Everybody Wants Some!!, and the emotional Toni Erdmann. To make room for them, out goes Hell of High Water, 20th Century Women, and La La Land. The devastating Manchester by the Sea is the best written film that I’ve seen from 2016, and it takes this award in a cakewalk.

This is a respectable batch of nominees, but I can think of three films that deserve recognition here. Green Room kept me on edge as it built up dread by see-sawing between the characters’ perspectives. The Wailing kept me in tune with the characters’ changing emotions of confusion, suspicion, and trust. Hunt for the Wilderpeople kept the proceedings moving at a succinct pace without ever sacrificing its heart. Making way for these films are Hell or High Water, Moonlight, and Hacksaw Ridge. The editing in Arrival, though, is quite synonymous with its storytelling, so that’s my ultimate pick.

For cinematography, I took note of films where the camera played a big role in communicating the story. Two such films are Rogue One: A Star Wars Story with its constant emphasis on scale and Jackie with the way it visually plays off this idea of legacy (think of the shot where the American people are reflected on a window as Jackie Kennedy looks outside). They take the places of Moonlight (a tough decision) and Lion. Rodrigo Prieto still comes out on top with his breathtaking and incredible photography in Silence.

When I think about production design, I think of films that transport me to memorable worlds of exquisite design. Period films account for all of my ideal nominees: Silence for its dichotomy between the poor and the rich, The Handmaiden for its English-Japanese architecture, The Age of Shadows for its evocative and moody recreation of 1920s China and Korea, and The Nice Guys for its depiction of a polluted yet upbeat 1970s Los Angeles. These films replace La La Land, Fantastic Beasts and Where to Find Them, Arrival, and Passengers. In my book, production designer Dante Ferretti wins the award for Silence. 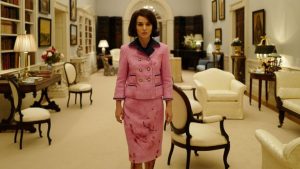 Also highlighting the poor-rich dichotomy in Silence are the tangible costumes, and how could anyone forget about the lavish styles on display in The Handmaiden? It’s imperative that they both be among the nominees, and I would take out Florence Foster Jenkins and La La Land to make room for them. It’s a difficult pick to choose between Silence and The Handmaiden, but for me, the former barely edges by the latter.

This is the only category with a complete overhaul. Out with all three nominees, and in with The Handmaiden for its distinct looks for its cast members, Hail! Caesar for making its cast look as though they’re from films of the 1950s, and Silence for its detailed depictions of torture on the human body (as well as the decision to make Andrew Garfield look like Jesus in some scenes). From this new crop, The Handmaiden is the well-deserved winner. 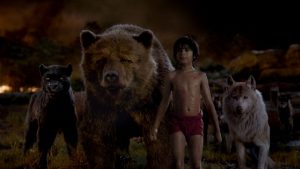 I’m still impressed by the near-photoreal creations of the orcs in Warcraft, and that level of detail warrants a nomination here if you ask me. I would take out Deepwater Horizon to get the film in the list. Still, nothing tops the visual treats abound in The Jungle Book.

I’m rather miffed at how the unique score in Swiss Army Man and the haunting music in Arrival (which was disqualified by the Academy) did not feature among the eventual nominees. I want them in, and taking out Lion and Passengers is an easy decision. Justin Hurwitz’s work in La La Land is still the most memorable from last year, so it wins handily.

Creating sound is an ambitious task, and this list of nominees is missing two films that featured terrific sound design. I would replace Sully and La La Land with the crackling spells in Doctor Strange as well as the cacophony of warfare in Rogue One: A Star Wars Story. The bellowing and ominous sounds of the heptapods in Arrival still take the cake here. 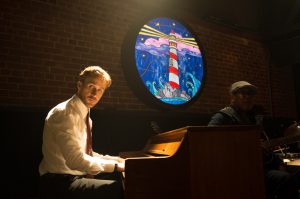 I feel the need to make only one change here – the sound mixing in The Handmaiden is nothing short of amazing, as the combination of a multifaceted score, sharp dialogue, and the many diegetic sounds (the tinkling of bells, the moans, and gasps, just to name a few) had me completely hooked. That takes the place of 13 Hours: The Secret Soldiers of Benghazi. From this new batch, Rogue One: A Star Wars Story remains a worthy winner with its incredibly crisp sound mixing. 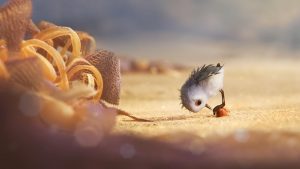 With all that being said, here are my picks for my version of the Oscars:

As always, best of luck on your predictions, and may you enjoy Oscar night!