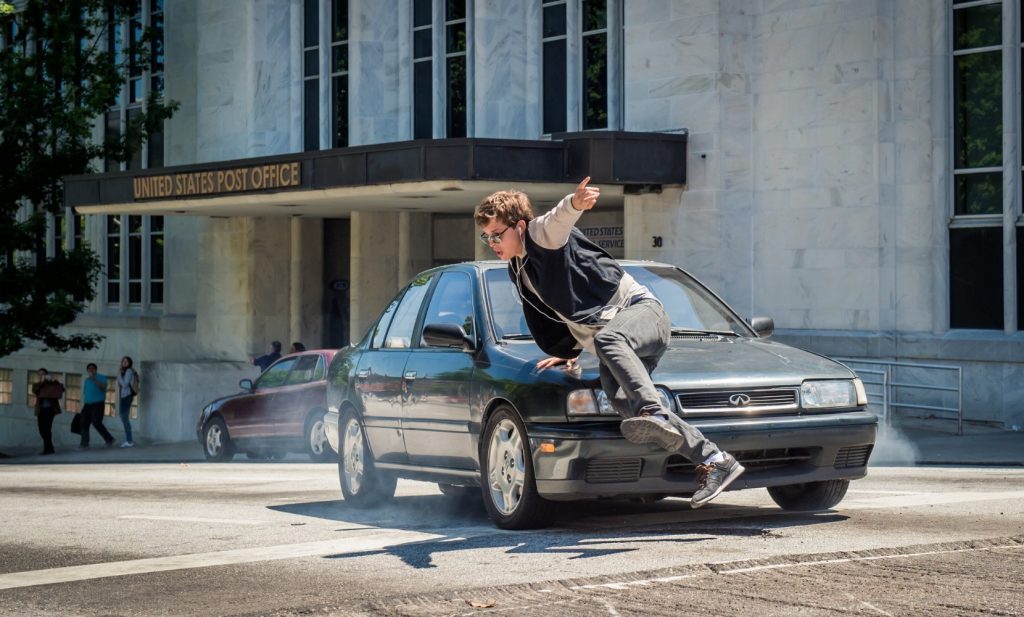 If it wasn’t obvious before, then it is now: filmmaker Edgar Wright is an innovator and – dare I say it – a genius in this art form. His films – particularly the Three Flavours Cornetto trilogy (Shaun of the Dead, Hot Fuzz, and The World’s End) – demonstrate the personality of an unparalleled craftsman at work, and I can only refer you to Every Frame a Painting’s video essay to show how his knack for visual comedy is a breath of fresh air in the comedy genre. We’ve seen his capabilities on full display when it comes to mise-en-scène, but can we say the same for cinema’s audial properties? We can now; with Baby Driver, Wright proves that it’s possible to create a grand symphony out of a film. 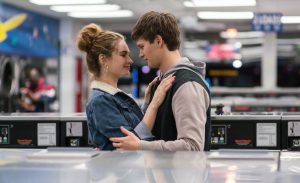 At the heart of the film lies engaging characters, and Wright crafts the story around them quite well. On its surface, Baby Driver is perhaps best described as an action-comedy film about a reluctant getaway driver who wants out of his life of crime. This tale certainly sounds familiar, but in Wright’s hands, it is anything but. Each of the characters is unique and deserving of our empathy in his or her own way, and the way they unfold over the course of the film draws us in even further. Look no further than Baby (Ansel Elgort) himself: his life revolves around music, which drowns out his tinnitus and allows him to connect with others. Not only is this an uncommon take on a character, it carries an inherent sadness that we keenly feel whenever Baby is on screen and acts the way he does. The sharp and snappy dialogue allows the characters to assert themselves, but what’s neat about it is that at times, they seem to speak with the music (more on that shortly), so in a way, a subtle musical undercurrent is present. Really, my only criticism about the story is that one of the characters makes a key decision late in the third act that’s such a sudden about-face that I couldn’t quite buy it. 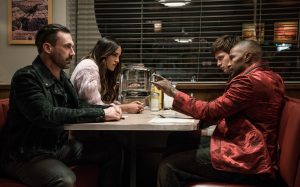 Bringing this story to life is a breathtaking cast. Elgort doesn’t have the most expressive face in this role, but the sheer breadth of his body language speaks volumes about his charisma, so whatever emotions he needs to express comes through clearly. Lily James gives it her all to make her character Debora more than just an objective for Baby, and she establishes an easygoing and natural chemistry with Elgort. Enough can’t be said about the impact that the villains have on the picture, and much of that credit goes to the actors playing them. While the film generally has a lighthearted tone, these actors ground it with the threat of violence that simply emanates simply from their screen presence. Jamie Foxx excels as the rapid-tongued and unstable Bats, Jon Hamm commands our attention as the gravelly and composed Buddy, and Eiza González shines as the sultry and carefree Darling. As expected, Kevin Spacey owns the role of kingpin Doc, effortlessly nailing the character’s sardonic wit and no-nonsense attitude.

If anything, the picture is a magnificent showcase of filmmaking craft. The entire film syncs with the rhythm of the music, typified by the cuts as well as the characters’ actions. Editors Jonathan Amos and Paul Machliss have their hands full, but they pull off an extraordinary feat with how the frame matches the beat and tempo of the music playing. What makes this achievement much more amazing is how eclectic the soundtrack is, which boasts a wide variety of songs from artists like Barry White, Bob & Earl, Focus, Carla Thomas, and Queen, just to name a few. Also on point are the acute sound design and decisive sound mixing, as the work done here allows the film to fulfill Wright’s grandiose vision of “a car movie, driven by music.”  Speaking of cars, the action sequences are simply phenomenal to behold. About 95 percent of the film was shot in-camera, which makes the already jaw-dropping choreography and stunts even more impressive to comprehend. Thanks to cinematographer Bill Pope’s steady hand, the action sequences are easy to follow, and whatever happens in the frame pops clearly. Shot in Atlanta, the film also lends a keen sense of geography, as the city feels singular and not like a series of generic locations; this city is to this film what Los Angeles is to Michael Mann’s Heat.

Baby Driver is a purely fun film through and through, but it’s also a cinematic experience that’s quite rare. What we have here is a filmmaker capitalizing on opportunities that the medium has to offer and crafting a unique film that delivers on not just an emotional and visual front, but also an audial one – ten times over. If that’s not innovation, then I don’t know what it is.