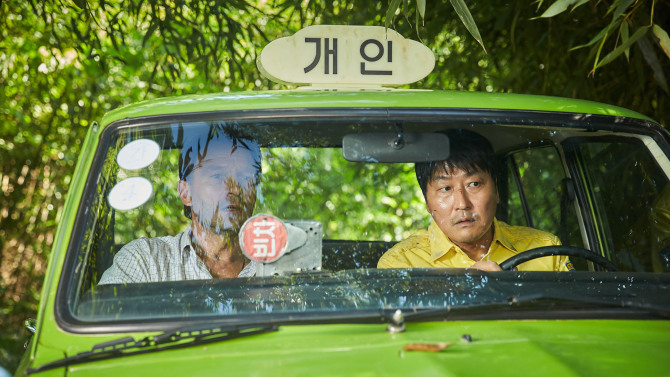 To me, A Taxi Driver feels like a culmination. Ever since the news of last year’s South Korean political scandal broke, I’ve been following the nation’s political chatter and goings-on with great interest. Assessing the impeachment of disgraced former president Park Geun-hye, the months-long peaceful protests against her that mobilized millions of citizens, and the presidential elections naturally led me to read all that I could about modern Korean history. As I explored further and further, I couldn’t help but think of my father, who grew up in Korea for most of his now 57 years. I remembered his stories about how he – as a university student – protested against the regimes of Park Chung-hee and Chun Doo-hwan and also how he argued with his father regarding those presidents. I remembered him being distraught for days when former president Roh Moo-hyun committed suicide. I remembered all the times when I asked him for his opinion on various South Korean political figures and issues. Following the news coming out of my native country certainly put my father’s experiences and thoughts in perspective, but if there’s one thing that encapsulates all that I just described, it’s this heartfelt and polished picture. 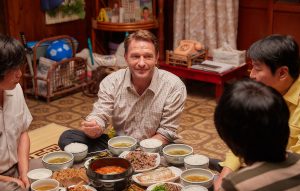 Scripted by Eom Yoo-na and directed by Jang Hoon, the film knows what story it wants to tell, and it goes about that confidently. Though the film covers the 1980 Gwangju Democratization Movement and the efforts of German journalist Peter (based on Jürgen Hinzpeter and played by Thomas Kretschmann) as he films and reports on it, its focus – as evidenced by the title – lies mainly on the taxi driver Kim Man-seob (based on real-life taxi driver Kim Sa-bok and played by Song Kang-ho), who drives Peter into and around the city. Eom efficiently develops Man-seob into an emotionally dynamic character who is easy to invest in, and watching the uprising unfold through his eyes captures its weight. In comparison, Peter is held at a distance and isn’t as well developed, but this makes sense because he’s not Korean, and a story like this must be told from a Korean point of view. The dynamic between Man-seob and Peter fuels the film and makes for an interesting tone that Jang assuredly controls, allowing for quite a number of comedic moments to be struck while never compromising on the drama and tragedy. The conflict between older and younger generations is a fairly common theme in Korean cinema, and it’s realized quite well here as the Korean characters try to comprehend not just what is going on in Gwangju, but where South Korea itself is going as a whole. Also noteworthy is the escalation of the threats facing the characters, as we feel the stakes raising all the more with each passing minute. Really, the only time the story stumbles is in its climax, where melodrama is allowed to reign for just too long. 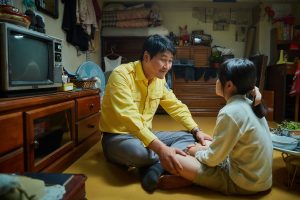 A charismatic and reliable cast assembles to bring this story to life. The effervescent Song is simply terrific here, and his deeply earnest performance very much anchors the film. He makes Man-seob’s money-grubbing tendencies and stubbornness a source for great comedic value and effortlessly taps into his empathy that gets us to invest in him more and more. While his character is held at a distance, Kretschmann sure knows how to bring out the best from his fellow actors, which goes to show that he completely understands his character’s place in this story. Together, these two build a strong chemistry that’s reminiscent of those in buddy films and road movies, as they act off of each other very well. There are a handful of secondary characters, and it’s those in Gwangju who make the biggest impressions. Yoo Hae-jin dispenses laughs and sobering wisdom as a kindhearted local taxi driver, and Ryu Jun-yeol turns in an impassioned performance as a naive yet determined university student. 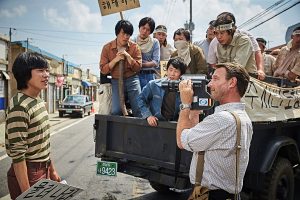 This is an incredibly polished film, boasting solid craft all around. Editors Kim Jae-bum and Kim Sang-bum ensure that the story moves along at an excellent pace, as the film gets moments to breathe with character-building scenes and then amps up the tension when the action moves into the streets of Gwangju. Cinematographer Go Nak-seon captures the relentless chaos and violence committed in the city with a steady hand. The level of care and detail put into the recreation of ’80s South Korea is quite stunning, from the buildings and the vehicles to the interiors of homes and the clothes being worn, and much credit goes to production designers Cho Hwa-sung and Jeong Yi-jin as well as costume designers Choi Yoon-sun and Jo Sang-gyeong. Jo Yeong-wook’s score is effective, though there are moments when it seems similar to the music from Sandglass, the famous Korean drama series.

For some, A Taxi Driver may be nothing more than just a poignant and well crafted historical drama; while it is that, it holds much more meaning for me. If anything, it feels like an affirmation of not just what I had followed and learned about South Korea since last year, but also of my father’s experiences. He was (thankfully) not present in Gwangju during the uprising, but the spirit that burned in those demonstrators was present in him as well when he protested in Seoul. As the end credits played, I felt like I fully understood him through the language of cinema. And for that, I’m grateful.