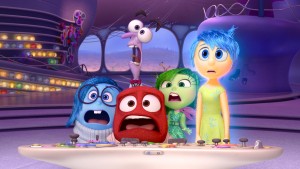 Being uprooted and transitioning to a new lifestyle is no easy journey, and that’s exactly what 12-year-old Riley Anderson (Kaitlyn Dias) goes through when her family moves from Minnesota to San Francisco. Deep in her mind, her emotions – Joy (Amy Poehler), Sadness (Phyllis Smith), Anger (Lewis Black), Disgust (Mindy Kaling), and Fear (Bill Hader) – guide her, but even they are taken aback by this radical change, and struggle to adjust. Joy tries to keep things positive, but a mishap causes her and Sadness to be inadvertently ejected from their headquarters. Now without two emotions to advise her, Riley’s personality takes a turn for the worse. Joy and Sadness, who are polar opposites to begin with, must work together to return to Headquarters before Riley sinks into further turmoil. 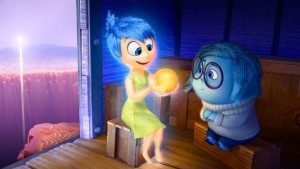 The film’s story comes from a very personal, human experience, and it’s crafted into a story that hits its beats with poise while never losing its heart and intention. Director Pete Docter (who also helmed Monsters, Inc. and Up) has said that the film’s inspiration came from observing his pre-teenage daughter undergo a personality transition. It’s an unusual concept to start with, and the story probably sounds as such on paper at first, but it works because it focuses on its characters and their emotional journeys. When it approaches ideas like dreams, imagination, and types of thoughts, the film turns them into funny, inventive sequences. I love how particular elements in the story – the imaginary friend Bing Bong (Richard Kind), an imaginary boyfriend, an annoying tune – are given a purpose and an arc in the story. Also impressive is the fact that the film does not have an antagonist at all. Normally, you’d see this feature only in those “day in the life of” indie films (à la Richard Linklater’s Before trilogy), so to see it in a Pixar film is a remarkable feat, especially since the story is more than able to raise the stakes. Stakes matter when characters matter, and you come to care about these characters so much that to see them fail would be downright heartbreaking. 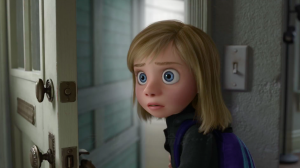 Speaking of caring, the film is a work of astounding empathy. Its opening draws you in, and even before the first act comes to an end, you’re already concerned for Riley’s well-being. This is a universally human film, and what’s extraordinary about it is that you – the viewer – can easily substitute yourself in for Riley. I’ve often felt that most movies make the viewer wish that he or she is a certain character, where the viewer is kept an observer, and that’s not the case in Inside Out. In a sense, Riley is us, so never has one character’s happiness mattered this much; whether or not she is happy now sets the course for the rest of her life. Paired with this more-than-interactive experience is the film’s message, which is that every emotion, both “good” and “bad,” play important roles in our minds and our abilities to understand people. The way that the film communicates this is through showing and not telling, and never does it feel like the film is pandering and preaching to us. Every emotional punch is precise and builds to a cathartic knockout. Heck, I’ll even admit that my eyes watered several times. 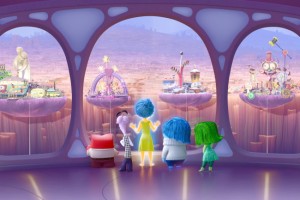 Here, story matters first and foremost, and everything else is in its service. The entire voice cast inject personality and soul into their work, with Smith absolutely stealing the show as Sadness. The animation is absolutely beautiful and textured, and the world that is Riley’s mind is colorful and vibrant. Michael Giacchino’s score is poignant and heartfelt. This is a near-perfect film, and I will say that the only reason why it’s not an outright masterpiece for me is that it raised the questions of whether Riley has free will and whether the emotions have emotions of their own, since they aren’t fully joy, sadness, anger, disgust, and fear as individuals. The film doesn’t provide answer to those questions, and while they lingered throughout for me, they didn’t distract me from the adventure.

The year’s already halfway over, and for me, Inside Out is the best film that I’ve seen so far. Few films can match the empathy has, and that makes it makes it a picture that Pixar should definitely be proud of. 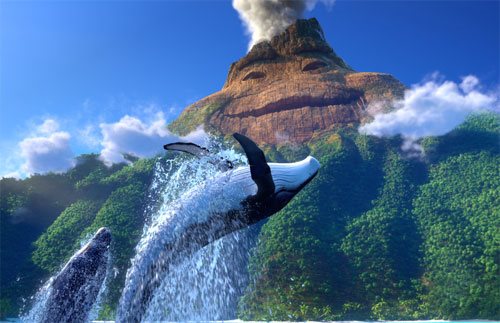 The short film that precedes Inside Out is Lava. The premise is a volcano who’s lonely and wants the company of another volcano since all the animals he sees has a mate. He sings a punny, romantic song, and unbeknown to him, there’s actually a female volcano under the sea who listens. It’s a cute and well animated short, but I found it rather sappy, unmemorable, and too on the nose.