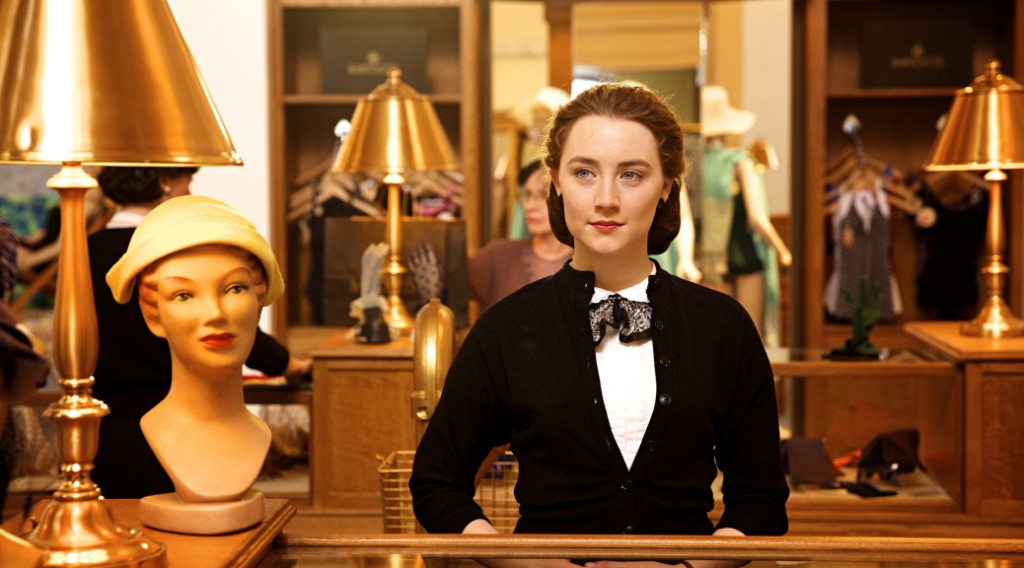 Stuck in a dead-end job and with most people never giving her more than a cursory glance, Eilis (Saoirse Ronan) has trouble fitting in with her small town in 1952 Ireland. Rose (Fiona Glascott), her older sister, arranges for her to move to New York City with the hope of finding a better future. In an unfamiliar place and having to deal with strangers, Eilis becomes depressingly homesick and struggles to enjoy her new home. Her pangs begin to diminish upon meeting an Italian fella named Tony (Emory Cohen), who becomes smitten with her and helps her feel more comfortable with her surroundings. However, a tragedy beckons her to visit her native land, where she catches the eye of local bachelor Jim (Domhnall Glesson) and realizes that she can start anew there. Caught in a dilemma, Eilis must choose between two countries and the lives they represent. 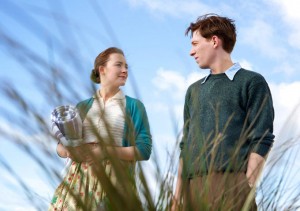 On its surface, Brooklyn may come across as a chick flick, but it distances itself from that term by revolving the story around Eilis, specifically her perspective. As she adapts to living in America, we really get to see how she perceives her new environment because we follow her attention to every action, object, and person. In doing so, we see just how she is maturing and coming to appreciate not only what this country has to offer her, but also what it means. Director John Crowley and screenwriter Nick Hornby delicately frame the entire film around this personalized journey, right down to the choice she must make between what seems to be two men. As much as she’s attracted to them, they’re ultimately representations of her lifestyles in two countries – and that realization hits us naturally and quickly because we experience her development alongside her. While the film doesn’t quite touch upon the influence that immigrants have had in America apart from one moving scene, it does place us directly into the mind of an immigrant, and it’s a very dynamic and engaging pilgrimage. Despite the seemingly low stakes due to a straightforward plot and the lack of any physical adversaries, the outcomes matter so much here. 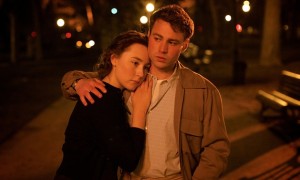 A deeply charming cast provides the beats to this tale. Anchoring the film is a confident and expressive Ronan, who effortlessly wins us over with her ability to navigate through every emotional hill and valley of Eilis’ arc. Cohen nails Tony’s awkwardness and sheepishness to a T, but he also brings out the easygoing and honest nature that makes Eilis attracted to him. Though the character of Jim doesn’t have as great of an impact as Eilis and Tony do, Gleeson keenly makes his presence felt by taking advantage of the pleasant chemistry he shares with Ronan. Rounding out the performances are an affecting Jim Broadbent and a hilarious Julie Walters, who portray Father Flood – a priest who sponsors Eilis – and Mrs. Kehoe – the head of Eilis’ boarding house – respectively. 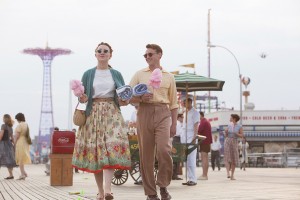 Color and light play a significant role in this picture, as they reflect Eilis’ emotions. Whenever she feels depressed, it’s no coincidence that she wears duller-colored clothes in muted rooms with plenty of shadows, while a gray hue appears to occupy the frame. When she’s in a positive mood, warmer colors pervade throughout costumes and surroundings, and any light sources seem to become brighter. Cinematographer Yves Bélanger, production designer François Séguin, and costume designer Odile Dicks-Mireaux are all on point here as they seek to illustrate Eilis’ various states of mind. 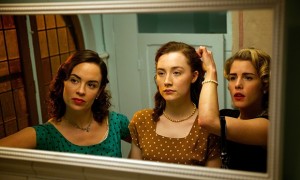 “Deceptively simple” is perhaps the best way to describe Brooklyn. As far as the plot goes, it’s the story of a young immigrant woman adapting to her new home without much fanfare. Beneath it, though, is a skillfully constructed film with so much empathy and heart that it sweeps you along on a rich and emotionally satisfying journey.