A few weeks ago Dreamworks and Netflix released all eleven episodes of the inaugural season of Voltron: Legendary Defender. Growing up in the 80s and 90s, I loved Voltron. It was less for the show itself and more for the cool toy from Japan as well as the concept of five smaller robots combining together to make one larger one. I detested the Mighty Morphin Power Rangers because I felt like Voltron was the original multi-piloted giant robot and it pissed me off that it had been so blatantly ripped off. Interestingly enough, both Voltron and the Power Rangers could technically be considered rip-offs of a far less popular Japanese show called Super Sentai. Now as an adult, I’m far less emotional about the issue but Voltron still holds a special spot in my heart. When I learned of this reboot, I was immediately drawn to the show. As per usual, SPOILERS AHEAD.

Voltron: Legendary Defender (VLD) showrunners Lauren Montgomery and Joaquim Dos Santos were inspired choices for the series. The two of them had their hands deep in Avatar: The Last Airbender and its sequel, The Legend of Korra and the animation, story, and script shows. I enjoyed those two shows because despite being cartoons for kids, the characters have high emotional IQs and tackle topics that adults can appreciate. When watching Voltron, I enjoyed seeing some personalities that were clearly inspired by key characters in their previous work. A great example is Blue Lion pilot, Lance, who is quite obviously modeled after everyone’s favorite goof, Sokka, from Avatar. Similarly to their previous shows, Montgomery and Dos Santos do a good job of striking the balance of strong, emotional storytelling with enough silly humor to keep children engaged.

VLD opens with a human crew being captured by the Galra Empire during an exploratory mission to one of Pluto’s moons. The crew is presumed dead until one year later, a vessel crashes at the Garrison Academy (Galaxy Garrison is Earth’s space exploration program) and Shiro, one of the lost pilots, emerges from the wreckage. Three cadets; Lance, Pidge, and Hunk; conspire to rescue him but are thwarted by a washed-up cadet’s, Keith’s, own agenda to make contact with Shiro. The five of them join up and although Shiro’s memory of captivity is gone, they figure out that the Galra Empire’s leader, Zarkon, is trying to find Voltron, the most powerful weapon in the universe. 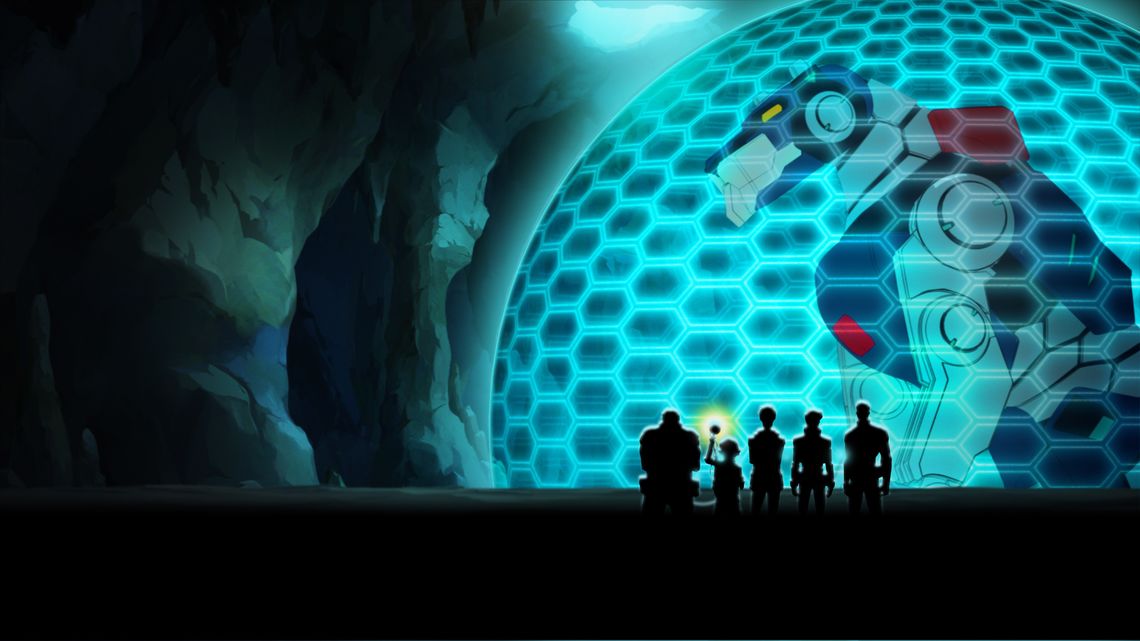 As they search for Voltron, the team finds the Blue Lion who accepts Lance as its pilot and the Lion transports the group to the Castle of Lions on Arus. There they meet Princess Allura and her royal advisor Coran and learn about Zarkon’s slow path of destruction and tyranny through the universe. The princess names our heroes the new Voltron Paladins and outfits them with armor and bayards (weapons) and sends them out to retrieve their lions.

One of my favorite parts of this show is the assigning of Lions for each of the Paladins. Like I said, I don’t remember much from the original show but what I like about this incarnation is the match up of paladins to the Lions. While the paladins have always had their own unique personas, the show does a good job of creating the need for each Lion to have a personalized pilot to bring out the potential of Voltron. We learn that the Black Lion and Shiro match up because it requires the strong, calming leadership that Shiro provides and will be the head of Voltron. The Green Lion and Pidge connect due to Pidge’s inherent curiosity and keen intellect. Hunk’s kindness and quiet strength make him the right pilot for the Yellow Lion who forms half of the base of Voltron. Keith, a mercurial but talented pilot, pairs with the Red Lion because while the Red Lion is the fastest and most agile, it requires someone equally talented and who can earn its respect. We can only imagine what the Blue Lion’s personality (Lance interrupts the Princess as she is explaining) but I hope it’s to provide comic relief. The time the show’s writers took to give not only the Paladins personalities, but the Lions as well, really makes the show more enjoyable.

After the paladins retrieve their Lions, they have their first encounter with the Galra fleet. With no experience working as a team, they are put into dire straits from the start and by necessity, form Voltron to escape from the battle victoriously. However, this is just the beginning and as the show progresses, a huge part of the story is the five paladins learning to trust each other and become a team – a requirement of releasing Voltron’s full potential. 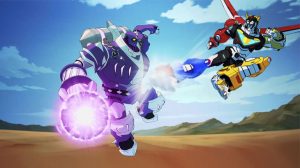 There are so many things to appreciate about this show. First, the animation is spectacular and the battle scenes are detail-filled and fluid. The designs of the villains are inspired and as the members of Team Voltron fight through their adversaries, you never feel like they are following a canned script or defeating cookie cutter enemies – all of them have thoughtful character design. Visually, each of the lions matches up quite well with their pilots. Some of the scenes I enjoy the most are when you see the pilots standing next to their lions. You sometimes forget during battles how small the characters are when they are flying through the chaos but when you’re confronted with their insignificant size, it makes you appreciate that the lions’ first job is to protect their paladins. As the team bonds with their lions and pushes the limits of their capabilities, it provides a much stronger emotional experience.

The story itself is well-paced and you get the right combination of long-term story arc (the overall war with Zarkon) with a sprinkling of side stories that help push the team in the right direction (the Castle of Lions security system turning against the team). Everything event corresponds with some purpose of growth for the group that allows them to unlock more of Voltron’s potential. The show does a good job of approaching mature topics like family and the episode where Pidge struggles to commit to Team Voltron because of his underlying quest to save his family was very well executed. The sacrifice of one’s own personal goals and relationships for the greater good is something that every can relate to and the writers did a remarkable job making that conflict accessible for a younger audience. 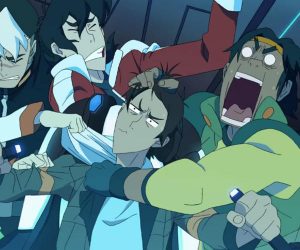 While the show struggles with some pacing issues out of the gate in some of the early episodes, overall it comes together quite nicely. The voice acting is excellent and you get a sense of some really interesting team dynamics between the paladins. My favorite, Lance, provides enough comic relief but that doesn’t detract from his role in Team Voltron nor his ambition to be an incredible pilot. His foil and rival, Keith (voiced by Steven Yeun of The Walking Dead fame) evolves over the season and goes from being aloof and moody to a sarcastic, one-liner delivering member of the team. His relationship with Lance provides much of the comedy in the show. Hunk is the prototypical “teddy bear with a heart of gold” and Pidge is the geek. Shiro balances out the group by being the always-and-never-old strong silent type. But the strengths of the characters end up being their moments of vulnerability – particularly apparent in Shiro’s amnesia. The way they respond to their doubts seems natural and really makes the show worth coming back to again and again.

Overall I’d consider the Voltron reboot a tremendous success. Go ahead and watch some of those old episodes – the original show was driven by the cool concept of the lions forming Voltron. The story and voice acting, not particularly compelling. But the creators have capitalized on nostalgia and hired a talented group to put together a fine viewing experience that leaves me optimistic and excited about season two of Voltron: Legendary Defender. Well done, indeed.